The Importance of a small standing desk in the workplace

If you are working as an employee in an office or doing a job elsewhere, then probably you are spending eight hours a day sitting in front of your desktop. Though all of us know that sitting on a chair for a long time is not only uncomfortable, it welcomes some serious health issues too.

Many studies have revealed that a prolonged period of inactivity is harmful to our body and every hour which is spent sitting, increases the risk of heart diseases. So imagine that how eight hours a day just sitting behind a desk can do to you. Sitting for such long hours is just as dangerous for you as smoking, as researchers have mentioned that it increases the risk of cardiovascular disease and cancer.

Recently, the British Heart Foundation organized a poll of 2,000 workers. In the poll, they found out that about 37 percent of men and 45 percent of women were spending less than 30 minutes on their feet every day. Not only it was shocking, but they found that it can also put them at a greater risk for diabetes and even premature death.

Adding the worst part to our talk of the day is that, even exercising cannot let you overcome the ill effects of long duration sitting. It has been found that the employees who were using cycles to reach their offices or regularly visit a Gym, even they were unable to counter the effects caused due to spending a full day sitting in front their desktops.

So what’s the solution?

If there is a problem, then there is always a solution to it. And, a small standing desk is the best solution to get rid of health issues due to sitting for long hours. It allows the employee to spend eight hours a day and perform their duty while standing.

Regarding the same, research has been conducted to analyze the benefits and drawbacks of standing desks by three Canadian researchers. And, the result that came up regarding the physiological and psychological the benefits of active desks were enough to switch from general sitting desks to standing ones.

If you are looking forward to using the standing desks, then it can turn out to be the best decision of your life. Although sitting for long hours is harmful, standing for a long time can cause pain in your legs. Therefore there is a need to find a healthy balance between standing and sitting. For this, one can use a standing desk chair or stool as an accessory with the standing desks.

There are lots of adjustable standing desks available in the market that offers a height ranging from 22 inches to 52 inches. Hence, it is crucial to do a little research to find out the best standing desk that can meet your needs.

Before you go ahead, you need to know the importance of a standing desk at the workplace. In this guide, we are going to tell why it is essential to have a small standing desk in the offices or commercial places.

As per a recent study, most of the Americans sit for an average of 13 hours per day. Though almost everybody in the country has the knowledge of how harmful it is to sit for a long duration, they ignore the ill effects caused by long hour sitting. According to obesity researcher James Levine, long duration of sitting posture results in slowing down of body metabolism thereby promoting accumulation of fat in the body.

If until now you were sitting for long hours behind your desks then at first don’t stress yourself standing for long hours as moderation is key! You can initially stand for an hour in front of the standing desk and then pull a chair for half an hour. This way you can gradually increase the working hours in standing position and can maintain a healthy balance between both the postures.

Pro tip: Before using the desk make sure that you set its height at the proper ergonomic level. Make sure that when you type the monitor is at the eye level and your elbows are positioned in L shape.

It is found that the amount of calories burnt while standing is much more than that while sitting; you can burn about 0.7 calories per minute by standing. If you stand on an average of 5 hours a day, then you will burn approximately 80000 calories throughout the year. And, it will be similar to that can be achieved by running about ten marathons in a single year, said Doctor John Buckley.

Hence, when you have a standing desk in your office, you need not worry about your calories. All you need to do is spent some time standing in front of the workstation during your working hours.

If you still have a thought in mind regarding the health-related issues that sitting for long durations may cause to you, then we hope that you won’t ignore the words said by the doctors. According to Drew Armstrong from Bloomberg, “Sitting in front of the workstations all day long is officially against doctors’ advice.”

Standing more is clinically proven to be effective at reducing the risks associated with sitting as compared to performing work out sessions for an hour.  Not only it will improve your health but will reduce the risk of diseases that may lead to premature death. Standing behind the workstations in your office will also add to the amount of physical activity performed in a day.

Nowadays, even doctors are getting pretty much serious about it. In order to keep ourselves healthy and away from diseases, they are advising to avoid sitting for long durations during work hours and are suggesting quick breaks or change of posture during the work.

Yes, it is true that standing can increase your lifespan. According to a study performed in 2012, one can add 2+ years to his/her life just by standing during working hours. Though standing is good for our body, an excess of everything is bad. So, try to make a healthy balance between sitting and standing positions during working hours to avoid exertion and tiredness.

Using standing desks as your workstations will not only help you out to change the body postures, but it will also keep you productive and energetic throughout the day.

Using active workstations for your professional requirements will lower down the risks of cardiovascular disease as it allows you to stand up and move while you work, which will improve the blood circulation.

Besides this, try to do as much work on your feet as possible. In the premises, use stairs instead of elevators and try to take every single opportunity to get out and about.

Yes, it is true that people who use standing desks as their professional workstations report less stress and fatigue as compared to those who sit at their desks all day.

Standing up at work during the working hours will not only help you to boost your energy levels, but it will improve your mood as well. With the help of standing desks, you will no more feel lethargic, and your energy levels will help you stay happy and enthusiastic throughout the day.

With smart desks, one can easily use the preset settings to enjoy work by adjusting the height of the table. One can even use a chair to change postures during working hours. Using these desks at the office premises will make your team love the change and keep themselves productive and enthusiastic the entire day.

Many multinational companies in which sit to stand desks are being used by its employees have a better team building environment as compared to others. One of the renowned companies named Reddit, which is featured in this 150 interesting websites list,  has noticed that their employees felt free to move around the office and connect with one another by using active workstations in the office premises. Not only it helped them in creating an atmosphere that favors team-building spirit, but it also resulted in fresh collaborations and an energizing workplace atmosphere.

As per a recent Spanish study, about 6.4 million people are taking leaves from their office hours every week due to musculoskeletal disorders like back pain and neck pain. Thus it will be a wise decision to introduce good ergonomic practices in the office premises and increase the use of right ergonomic equipment including adjustable standing desks, ergonomically designed chairs, stools, etc. Using such facilities during working hours will for sure alleviate the symptoms of musculoskeletal disorders and will help reduce absenteeism.

Reducing absenteeism and sick leave through ergonomics can be achieved by taking a holistic approach. Using standing desks as the workstations will help the employees to optimize movement thereby reducing stress and the risk of musculoskeletal disorders. The effective use of small standing desks will significantly reduce both mental and physical stress of an employee. As per the recent reports, the companies that have favored ergonomic changes to make a comfortable work environment have reduced absenteeism by 33%.

Movement is not only good for our bodies, but it is a need of today’s generation. Most of us usually sit in front of our workstations for long hours without giving a thought that how harmful it can be for our physical and mental health. If we can think a bit about the concern, it can make a big change to both our health and lifestyle.

Using standing desks as workstations during the working hours can be a powerful tool for the millions of us who spend long working hours in front of a desk. But be wise enough to choose from a wide range of adjustable standing desks that are available in the market with a wide bracket of a price range. And, before making a purchase make sure that you are choosing the one that fulfills all your needs as it’s not just a piece of furniture.

Besides this, you can even seek some help from an ergonomics or wellness professional and buy from a specialist like Autonomous rather than purchasing it from a reseller or a furniture company. Avoid taking shortcuts when it is a matter of health. For more information, explore the website here: https://www.autonomous.ai/ 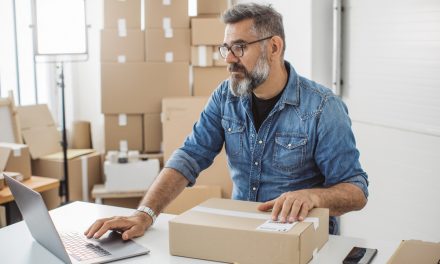 How Hi-Tech Solutions Are Changing the Business Environment

Then and now – The changing world of labour and its risks

YOUR GUIDE TO PLANNING EVENTS IN MALAYSIA