Everyone knows the news is one of the most important things in our lives. Irrespective of the profession, we daily engaged with the news. Often, people discuss what’s happening in the world with their friends, colleagues, and family. So, it is better to keep yourself updated on the latest news. For this, you need to read a good newspaper.

When it comes to the best newspaper in Korea, there are several newspapers to choose from. This makes it frustrating and dreadful to pick out one newspaper.

To help you make a decision, we have listed the best newspaper in Korea in this post.

The Korea Herald is one of the best English language newspapers published in Seoul, South Korea. This newspaper was founded in 1953. The owner of this newspaper is Herald Media Inc. It is a daily newspaper that encompasses both, Korean and international writers.

Moreover, the newspaper cover news from international news agencies like the Associated Press. This newspaper also publishes The Herald Business. It is a Korean language business daily newspaper. Also, an English weekly, The Junior Herald, especially for teens.

Not only this, but Herald Corporation also publishes The Campus Herald, a Korean language weekly for university students.

The Korea Herald is a member of the Asia News Network. In 1995, The Korea Herald launched its website. It was in 1997 when the company launched the official newspaper of 18th Winter Universiade.

A fun fact is that the former President, Kim Dae-Jung, learned English by reading the Korea Times.

Besides this, The Korea Times also published the official newspaper, The Seoul Olympian in 1988.

One of the best and oldest daily newspapers in South Korea is Chosun Ilbo. It is a leading newspaper that was introduced in 1920 by Sin Sogu. Since its inception, it circulates over 1,800,000 copies every day. Chosun Ilbo has a news website as well, where you can find the latest news. The news website publishes the web versions of newspapers in various languages including Japanese, Chinese, and English.

Since 1920, Dong-a Ilbo is a daily newspaper with the main readers being opinion leaders. The newspaper distributes more than 1.2 million copies daily. This newspaper is the parent company of Dong-a Media Group. It also consists of 11 affiliates including Channel A, Dong-A Science, dongA.com, Sports Dong-A, and DUNet.

Moreover, this newspaper has also partnered up with several international news companies like The Asahi Shimbun of Japan, The People’s Daily of China, and The New York Times of the United States of America.

Besides this, the news company has journalists stationed in different cities all over the world such as San Francisco, New York, Washington D.C., Beijing, Paris, Tokyo, and Cairo. Also, the news company published global editions in 90 cities like Paris, Frankfurt, and New York.

Another major newspaper in Korea is Kyunghyang Shinmun, based in Seoul. The name means Urbi et Orbi Daily News. This newspaper was started in 1946 by the Catholic Church. It circulates 350,000 newspapers daily. In May 1959, the newspaper was shut down temporarily by the Rhee administration because of false editorials. However, the newspaper started published again after the pro-democracy revolution in 1960.

Now, the paper is not associated with the Catholic Church. It an independent newspaper with employee ownership. The newspaper has 600 employees, out of which 240 are journalists. Furthermore, the newspaper also has foreign bureaus in Beijing, Tokyo, and Washington D.C. The website has approximately, 1.3 million visitors with 6.2 million page views.

It is a center-left daily newspaper published in South Korea. The Hankyoreh means “The Korean Nation” or “One Nation”. When it was established in 1988, it was seen as an alternative to the existing newspaper. This is because it claimed to be the first newspaper independent of large capital and political power.

At that time, government censors can be found in every newsroom. The newspaper content was dictated by the Ministry of Culture & Information. So, every newspaper had the same news articles.

Back then, The Hankyoreh was the newspaper intended to be free of any political influence.

In 2016, it was voted as the most trusted news company by several Korean correspondents.

The news company is a part of Hankyoreh Media Group. It publishes magazines and books as well. Cine 21 is a film magazine published by the company. This company also collaborated with Verizon Media to publish HuffPost Korea. Moreover, they publish Hankyoreh Education, News Band, and others.

This newspaper has a website as well that features the latest news and online newspaper. The political alignment of the newspaper is centrism. The publisher of Hankook Ilbo is Seung Myung-ho.

Until 1920, this was the only daily newspaper in South Korea. Then, The Dong-a Ilbo was established. Seoul Shinmun is among the most trusted and authenticated newspaper in the country.

JoongAng Ilbo is one of the biggest daily newspapers published in South Korea. It collaborates with the International New York Times. The newspaper started publishing in 1965 by the founder of Samsung Group, Lee Byung-Chul. In 1999, it separated from Samsung and now, the owner is JoongAng Holdings. The news company also published a special Sunday edition, named JoongAng Sunday.

The newspaper has an English edition as well called The Korea JoongAng Daily. This newspaper published news and feature stories by reporters. Some stories are translated from the Korean language newspaper.

JoongAng Ilbo published an edition for the United States and has branches in Toronto and Buenos Aires.

The list of the best newspaper in South Korea will not be complete without adding Kumin Ilbo on the list. This is a South Korean daily newspaper first published in 1988. The word Kukmin means “Nation people”.

The news company is based in Yeouido-dong, Seoul. The owner of this newspaper is Kookmin Ilbo and the publisher is Kim Sung-ki.

You can visit the news site that has the latest news, headlines, articles, and online newspaper.

Busan Ilbo is another Korean language newspaper, which is based in the city of Busan.

The Korea Economic Daily is a South Korean newspaper that focuses on economic issues. If you want to stay up to date with the latest economic news, it is an ideal choice. It was founded in 1964 under the name Daily Economic Newspaper. The newspaper changed to its current name in 1980. It is published in the Korean language.

This was the first modern Korean newspaper first published in 1883. It was considered as the official mouthpiece of the Korean government. The newspaper was published by the Office of Culture and Information and used Hanmun.

Back then, the newspaper was published thrice in a month until it was shut down in 1884. In 1886 it reemerged as a weekly newspaper, Hanseong Jubo, using a combination of Hanja and Hangul scripts. The newspaper consisted of news, advertisements, editorials, and literary commentary.

If you want to stay updated with the latest business news, then the Maeil Business Newspaper is the right choice for you. As the name suggests, it is the daily business newspaper, founded in 1966. In 2001, the circulation of the newspaper was 900,000. You can find the newspaper in both, Korean ad English language.

The president of this newspaper is Chang Dae-hwan. It is part of the Maekyung Media Group, which also hosts the World Knowledge Forum.

This news company has a website, which was termed as 149th most popular website in Korea. It is also a reliable source for the latest business news.

The next Korean daily newspaper on the list is Daegu Shinmun. It is published in Daegu, South Korea. This is published in the Korean language with its headquarters in Dongin-dong, and Sincheon, and Jung-gu. It is distributed in the Daegu and nearby provinces. This newspaper covers regional and national events along with local affairs.

This is a Korean language daily newspaper published for Gyeongsangbuk-do. It is based in the coastal city of Pohang. The newspaper has journalists in the province and nearby city Daegu. This newspaper was started in 1989 and the first newspaper was published in 1990.

Moreover, the CEO of this newspaper is Kim Gi-ho. Kyongbuk Maeil Shinmun is published 5 days a week with a special expanded Friday edition.

Founded in 1992, Kyosu Shinmun is a daily newspaper with about 65,000 issues circulated every day. You can even read the newspaper or the latest news on the website. It is published exclusively in the Korean language.

NewsPim is a news company established in 2003. This news and media company published two economic newspaper, Anda and NewsPim. Anda was first published in 2016 under the director Byeongbok Min. It has a strategic alliance with Koscom and is one of the sources for Factiva.

When it comes to sports daily newspaper, Ilgan Sports is the best newspaper. It is also known as 1S or The Daily Sports, it is published in the Korean language. This newspaper has its headquarters in Seoul, South Korea. It is part of JoongAng Media Network through JTBC Plus. Previously, it was part of Hankook Ilbo.

It was in 2005 when JoongAng Ilbo acquired Ilgan Sports and named it 1S. This was even incorporated into the logo.

Therefore, these are some of the best newspapers in Korea. Most of these newspapers have been around for a long time. Depending on your choice and perspective, you can read any of the newspapers that you like.

If you are looking for the best 토토사이트, we are an ideal choice. You can get to know more about betting on this site. For more details, kindly visit our website or call us. 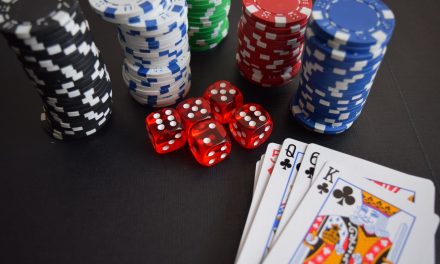 Is Online Gambling Legal in the USA? 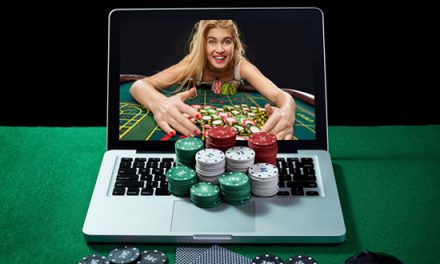 Sometimes you’ve got to be aggressive when playing poker

How to Choose an Essay Writing Topic