We all have that one friend who stays for more than five hours on video games. That friend could also be you. However, families vary in views when it comes to these long gaming hours. For some, they encourage their children to stay glued on the screen to prevent them from joining gangs and falling for other peer influences. Other parents discourage video games since they believe it leads to addiction. They think that a child gives less attention to other chores.

In most instances, some people perform other tasks in so much haste to get back to the computers. However, the main question is whether these overall games such as racing or games or computer improve the player’s concentration power. As a gamer, one has to make the right decision in terms of gaming chair or racing wheel. The choice determines how one gets comfortable during games. For those who participate in racing, always choose the best racing wheels available for the game. This is a controversial question that could get different views as discussed herein.

Reasons why gaming does not improve concentration power

Any gamer will state that their attention is always focused on the screen. They rarely notice their surroundings unless the disruption is very loud. Yes, someone might improve their concentration, but the games are quite disruptive. This is because as a gamer, you lose your whole self during that moment. Your body, mind, and soul are all on the computer.

It is a common thing to hear people stating that they were not aware that it was getting late. The ability to comprehend time gets hindered. Anyone who loses count of time can only be said to have a shallow concentration power. For most gamers, they always have the short-fuse since they get angry annoyed very quickly by minimal mistakes.

With games, one tends to procrastinate things and consume more time on games. It is common for someone to skip lunch or leaves chores undone.  People become lonely as they spend less time with their loved ones and family members. This may break friendships and family ties since someone values the time spent on games and doesn’t value communicating with the family. This is not a common thing to most gamers unless one suffers from social abuse. However, if caution is not taken, people may become addicts of these games.

For some people, they believe that when an individual plays video games for a limited time, their concentration power is boosted to higher levels. Institutions have conducted various researches to find out the theory behind video games. For most of these researches, the people who played video games always passed the assessments more than the rest who got involved in another kind of media such as social media and TVs. After an hour of video gaming, a gamer is always open-minded when it comes to visuals.  However, it emphasizes that the gaming hours should be a short period. Prolonged hours lead to exhaustion, and one may lose concentration immediately after the game.

However, when it comes to games, one should get concerned with the type of games they play. A game like Halo is known to boost the mind especially on cases that require decision making.  Additionally, the like of such games helps one to think on their toes and learn from previous mistakes since they remember the error that caused their last games. A human being has that part of their body that determines the intelligence of an individual. This is the cognitive flexibility that needs to be worked on.

Many people have the assumption that everybody is born with a certain level of intelligence. However, this is not true. The cognitive knowledge is dynamic and could be changed either to the worse or for, the better.  If one decides to train the brain, they may find their level of grasping things improving. Video games are therapeutically proven and may be used to help children with learning disorders. This is because an individual is given a chance to think outside the box.

It is proven that the more the complicated a game is, the more it enhances the mind of the gamer. However, the problem is with the period this concentration stays. This is because most of these assessment tests are done immediately after a game thus giving better results. Once the concentration span is determined, institutions can take this chance to open up clinics for people with concentration issues. These are people undergoing traumatic experiences or who have had prior brain damages. Getting addicted to video games depends on one’s discipline hence parents should seize blaming games for their children’s laziness. 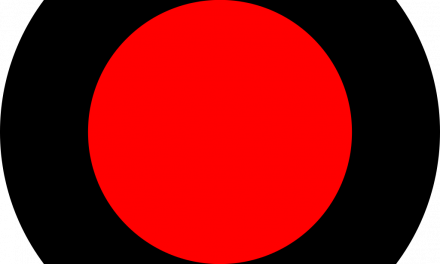 Things You Need To Consider When Buying a Red Dot Sight

The Best Android Fighting Games In 2018

The Best Types Of Sauna Heaters