Five Reasons Not To Use WordPress 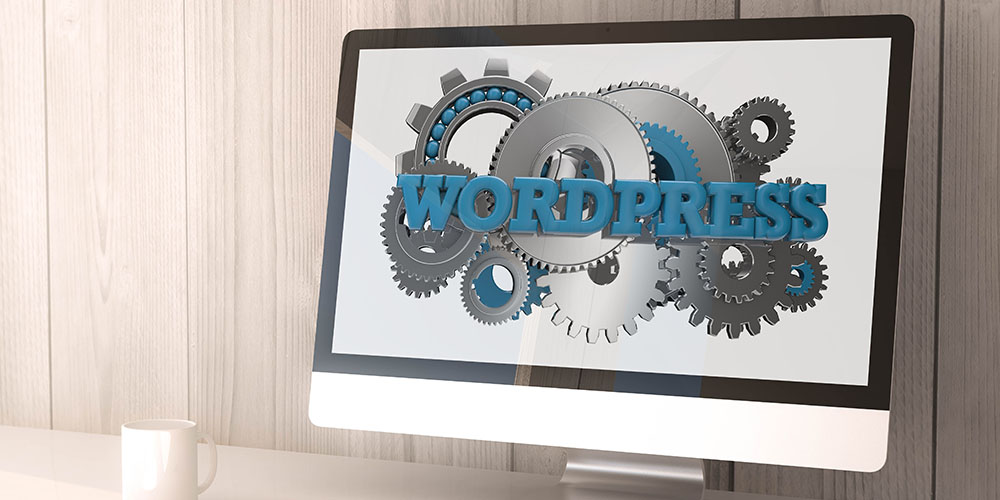 WordPress has won the battle of web design templates. We’re fully aware that there are dozens of such templates and web-builder services out there, and perhaps a handful that deserve to be considered when you have a new site to build, but WordPress is by far and away the industry leader. It’s managed to bridge the gap between amateurs and web designers almost perfectly. Web designers like WordPress because it helps them to make a professional-looking page in a fraction of the time it would have taken them ten years ago. Amateurs like it because it’s so user friendly that even someone who knows nothing about web design can create something that looks serviceable in a matter of minutes.

Because of its simplicity, there are a few people who recommend staying away from WordPress because the pages it builds aren’t optimized for e-commerce or running businesses. We’re not sure we can agree with that assessment. When it comes to making money on the internet, nobody tries harder than online slots websites. If WordPress weren’t well-suited to generating or processing money, online slots websites wouldn’t be built using it. It would take you less than ten minutes to look up twenty different online slots websites, and we feel confident enough to predict that half of the ones you find will be WordPress sites. If the quality of the code and the strength of the security provisions were insufficient, UK slots companies wouldn’t go anywhere near WordPress. The fact that they do should tell you that it’s safe.

Even if we put that myth to bed, though, there are still a few reasons why you might want to give WordPress a miss if you’re planning to revamp your existing site or build a new one from scratch – and here are five of them.

WordPress doesn’t control the plugins that people use on its pages. Instead, it allows anybody to build them and integrate them with WordPress, and trusts the third-party developers who came up with the plugins to sense-check and update them. WordPress prides itself on having so many open-source plugins and even helps people to find them with a handy page on its official website. That’s great when things are working, but less helpful when they’re not. Depending on the skill of the person who created the plugin, it may or may not have security problems. It may or may not ‘play well’ with other plugins that you’re already using. To make things even worse, they might not continue working after a WordPress update – and there’s no guarantee that the plugin creator will come back to fix the problem. If your whole site depends on a third-party plugin working as it should, you could find yourself with a broken, unfixable site one morning.

As we said in the opening paragraphs of this article, anyone can make a WordPress website. That’s not necessarily a good thing. If anyone can make a basic site out of WordPress, you’re going to find a lot of WordPress-built sites that look exactly the same – and we do. It takes someone with skill to make a unique-looking WordPress site. WordPress has introduced a wide range of themes in an attempt to do away with this problem, but there’s no getting around the fact that even the themes look similar. You can rest assured that your website will be functional if you build it in WordPress, but you can never be sure that your site will stand out from the crowd. If appearing to be markedly different from your peers or rivals is essential in your line of work, you might want to consider building your business site using different tools.

We’re not saying for a second that WordPress isn’t safe or secure. It is, and the company behind the service works tirelessly to ensure that users and their data aren’t compromised. That doesn’t change the fact that it’s a huge target, though. We can compare this situation to Windows and Linux. There’s no reason from a technical point of view why Windows should be easier to hack into than Linux, but there are far more people using Windows than there are using Linux. For hackers, there’s no reason to target Linux because there isn’t much to gain from breaking into it. Break into Windows, and you can compromise the private data of millions of people. That’s why large-scale hacks happen to Microsoft on a semi-regular basis. WordPress, as the biggest of the website builders, is naturally the biggest target. Hackers will always be more likely to aim for WordPress than any other site builder or host, and that might one day make you vulnerable to attack.

There’s no official technical support channel for WordPress users. As an open-source project, WordPress is propped up by its community of developers. They’ll be the people who answer your queries if you’re struggling with a development issue or can’t make something work. Don’t get us wrong; most of them are wonderful people. Some of them, however, leave a lot to be desired when it comes to being friendly and helpful. Even when people mean well, the opinion of one user might differ drastically to the opinion of another when it comes to finding a solution to your problem. You could end up following well-intentioned advice only to find that you’ve created a bigger problem than you had in the first place. Because of that, your site might end up staying down for days instead of hours – and that’s no good at all for a business website.

WordPress code is designed to be adaptable. It comes with a lot of features, and the code for those features exists within the pages that you build whether you use the features or not. That means WordPress pages, for want of a better phrase, end up being a little chunky when it comes to coding. In turn, that means pages load more slowly than they would on a custom-built, bespoke website. That’s annoying for users (and for you) in the here and now, but it might become more than a trivial annoyance in the future. Google has indicated that it will soon start factoring page loading times into SEO results, and that might mean that your long-serving, well-promoted WordPress website drops in search ranking like a stone when the new algorithm goes live.

There’s still nothing wrong with using WordPress to make a simple business website – especially when you want something simple, and you don’t have the budget to pay a professional web designer to make it for you. For anything more advanced than that, though, you might find your time and money is better spent elsewhere.

How Technology Is Helping in Improving Safety

Comparing antivirus protection: which one is best for you?

3 features that make whatsapp unique and the best app

How to transfer files using owsend