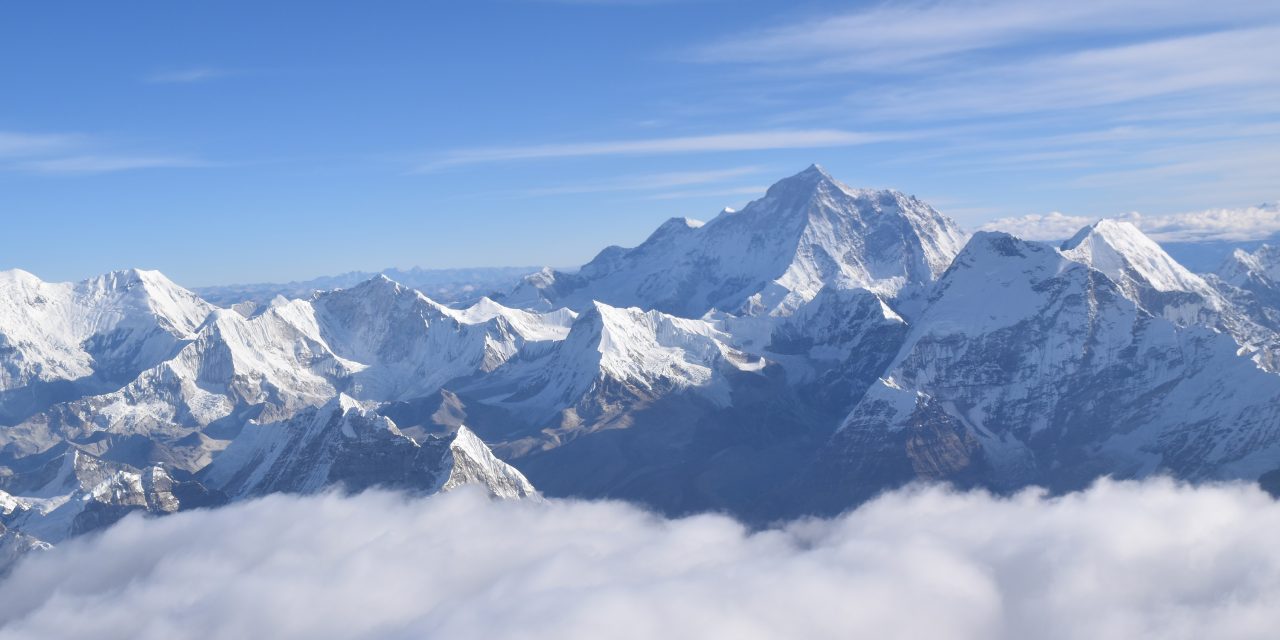 When we talk about visiting the Himalayas, Mount Everest is the first place that pops into everyone’s mind. The highest peak in the world, however, is located in the most remote part of the Himalayas, surrounded by many other daunting peaks. It takes about two weeks of difficult trekking to get to Everest Base Camp and back from the nearest city (Kathmandu, Nepal).

So what if you are not a person who likes trekking, or you don’t have two weeks, but you still want to see the magical and mystical Mount Everest? Here are four of the most popular ways to catch a glimpse during your visit to the Himalayas. 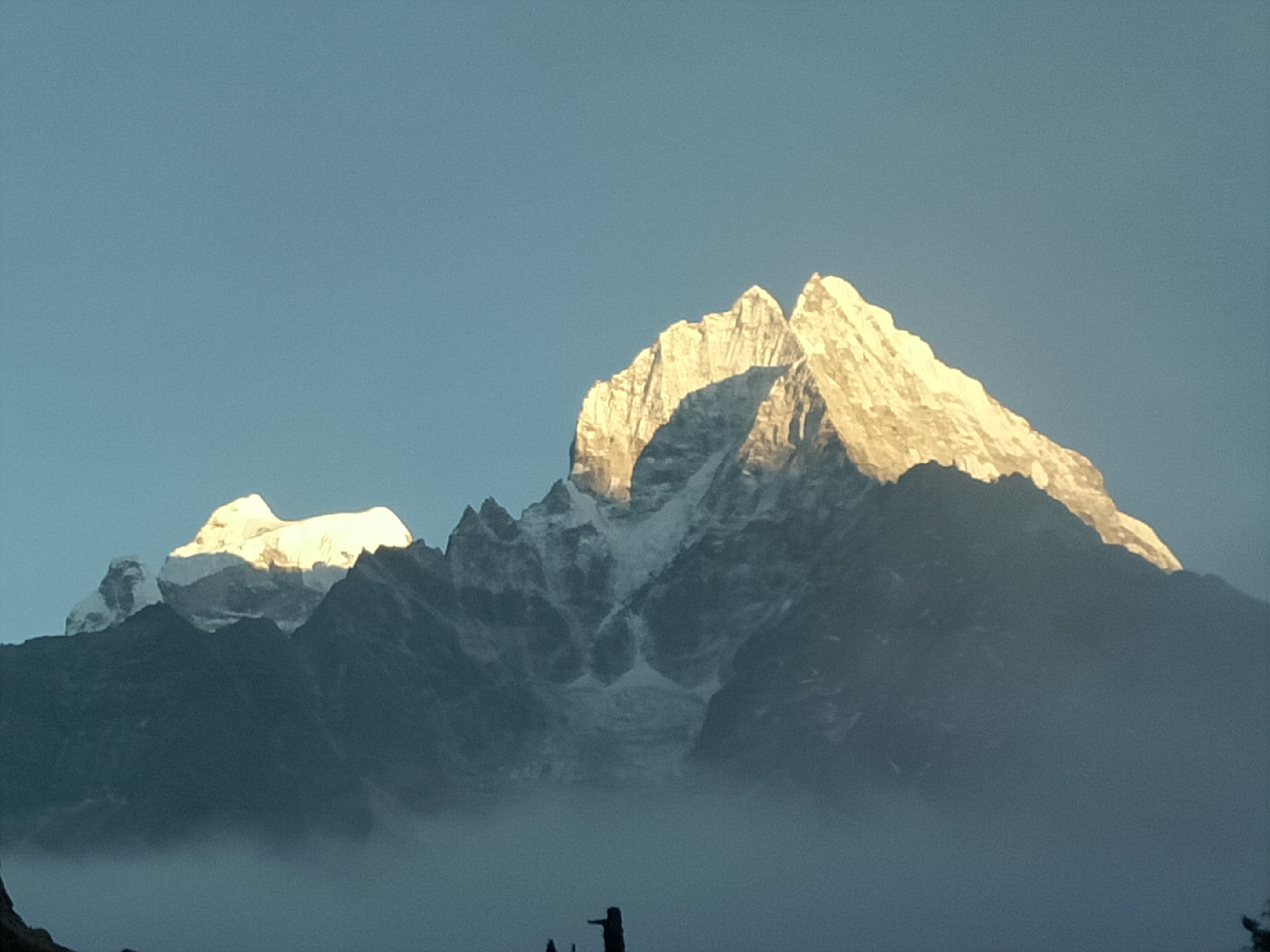 A mountain flight (or the Everest sightseeing flight) is the most popular way of seeing Mount Everest. Fixed wing flights depart from Kathmandu airport every morning, weather permitting. Mount Everest is about 100 nautical miles east of Kathmandu. While other Everest sightseeing activities are either expensive or physically stressing and time consuming, an Everest flight takes just about one hour, leaving early in the morning. The aircraft takes passengers in an airplane with ONLY window seats and guarantees a view of Mount Everest. Passengers will also see the entire Himalayan range east of Kathmandu, which includes five peaks measuring above 8,000 meters. A full refund is offered in the case of bad weather.

Short cultural treks in the Everest national park are less strenuous and save time. A route to Namche Bazaar, for example, has luxury lodges available, making the trek more comfortable. With five days, one can reach Namche Bazaar and back from Kathmandu (3,440 m), Nepal. Namche Bazaar, in the lap of Mount Everest, is the heartland of the Sherpa domain. The ridge above Namche Bazaar overlooks several sensational Himalayan peaks, including Mount Everest.

The five day trek to Namche Bazaar starts with a spectacular flight to Lukla airport (at 2,800 m). The trail then follows the Bhote Koshi River upstream and climbs to the horseshoe-shaped town of Namche, perched high up in the valley. The trail crosses several rivers on suspension bridges and snakes past Buddhist Mane walls (stone wall with Buddhist chanting inscribed), monasteries and other sacred places marked with the traditional fluttering prayer flags. The charming Sherpa villages offer ample accommodations, ranging from simple homestay to luxury lodges with hot showers, warm dining and scrumptious food.

Another option of short trek in Nepal for a different perspective is a trek in to Pikey Peak south of Mt Everest. One highlight of the trek is an Everest view from Pikey Peak; at 4,067 m. Mesmerized by the view, Sir Edmund Hilary once said, “Pikey Peak is the most astounding place to gaze at Mt Everest.”  Trekking in the lower Everest region gives more insight into the Sherpa culture and the Himalayan foothill landscape. Fewer tourists, gorgeous hilly landscapes, panoramic view of the Himalayas, pristine villages and better weather with no worries of flight cancellation are some of the advantages of trekking Pikey peak trek. 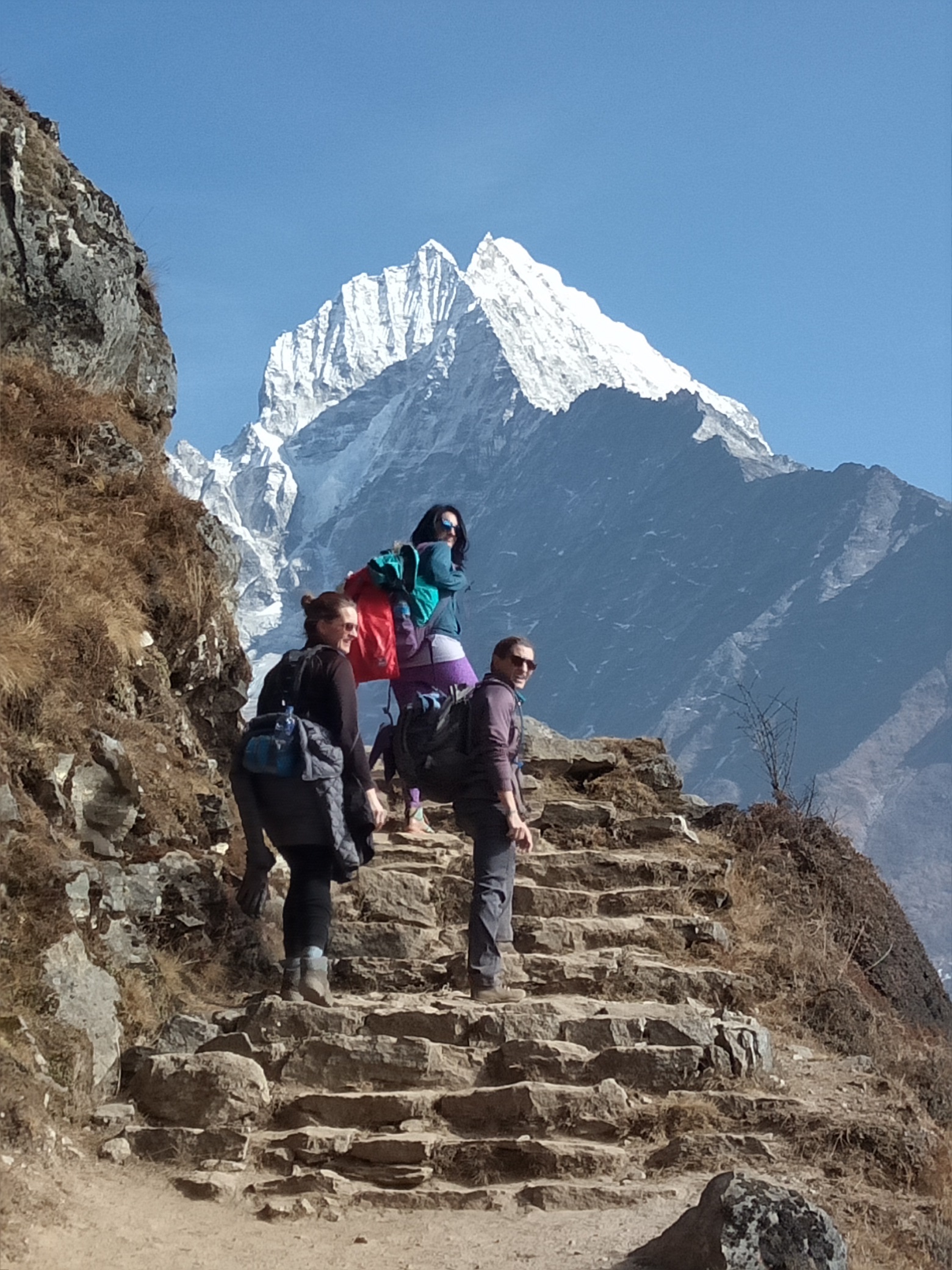 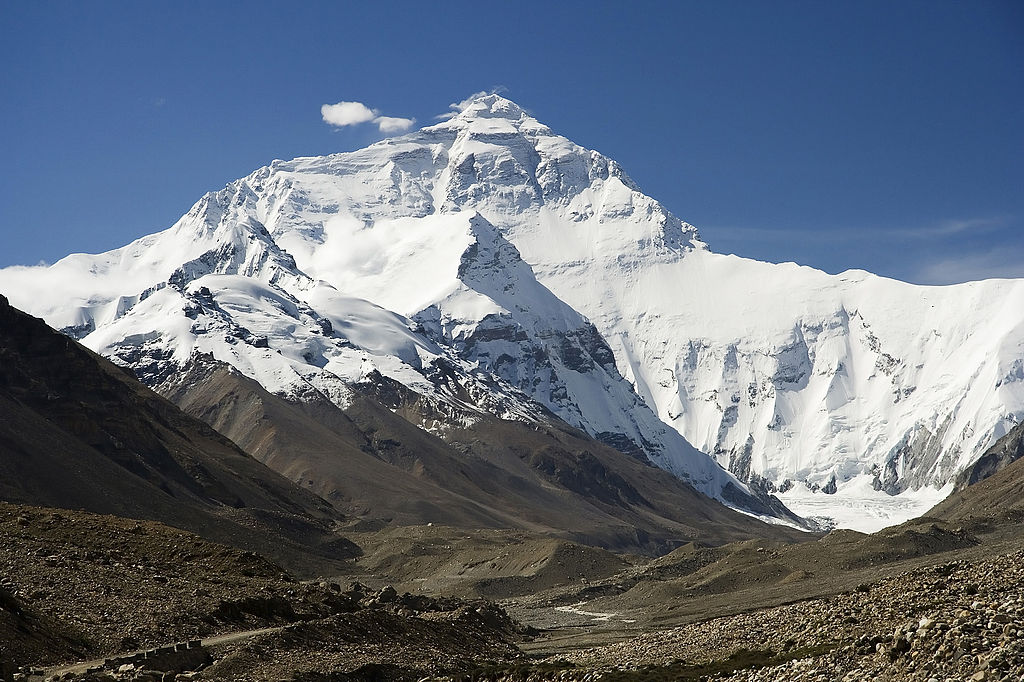 The north face of Mount Everest falls in Tibet. Because of high Tibetan plateaus, it is possible to drive to Everest Base Camp from the Tibetan side. The eight day/seven night tour from Lhasa, Tibet is the best way to drive to Everest Base Camp. Tourists can fly or drive to Lhasa, from either China or from Kathmandu, Nepal. Because of visa complications, most foreigners choose to travel to the Everest North Base Camp from Kathmandu. The tour begins with exploring the UNESCO Heritage sites around Lhasa and then heads west to Shigatse, the second largest town in Tibet. The route leading out of Lhasa unveils surreal turquoise lakes, snow-capped mountains, huge glaciers, rolling pastures, and charming little villages. A stop at the Rongbuk Monastery at 4,980 m offers an undisturbed view of Mount Everest. The Base Camp is about 8 km from the monastery.

A private helicopter for Everest sightseeing allows people to touch ground and encounter closer views of Mount Everest, the Khumbu glacier and the entire Everest region. A helicopter tour is the most expensive way of exploring the Everest region, but the experience and the views are spectacular. It costs approximately $4,500 (USD) for a three-hour journey leaving from Kathmandu. The most popular itinerary flies into Lukla, one of the extreme airport in the world and then takes off for the Base Camp. Skilled and experienced pilot first encircles Everest Base Camp, then hovers over the Khumbu icefall, and finally lands on Kala Patthar, offering unparalleled views of not only Mount Everest but Lhotse, Pumari and several other breathtaking peaks. The tour then heads back into the valley for breakfast at the Everest View Hotel perched along the ridge at 3,800 m. Known as one of the highest hotels in the world, it boasts dazzling views of Mount Everest and the mystical valley below. 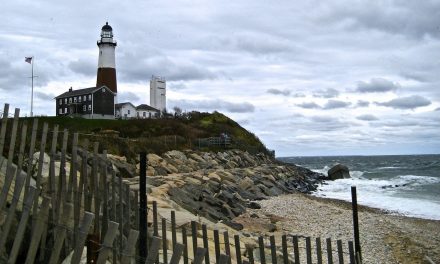 The Top Things to do on Long Island This Summer 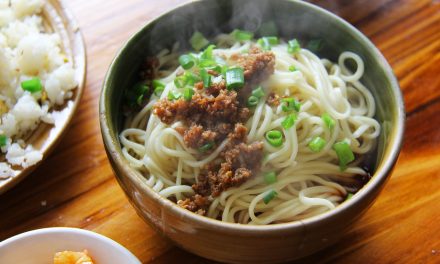 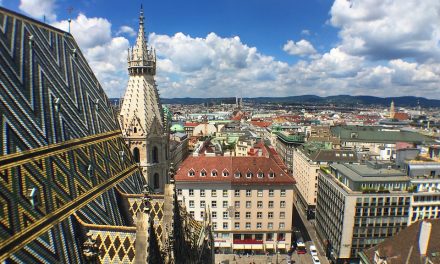 All You Need to Know About The Best Coffeehouses In Vienna

A Comprehensive Guide to Climbing Kilimanjaro