Get to Know the World – How People Gift in Different Countries

You are probably aware of this already, but gift giving is pretty much a universal concept. Wherever you go in the world, people will engage in the giving of gifts on one level or another. At the same time, the manner in which this occurs from one country to another can vary wildly. Certain times of the year may be known as a period of gift giving, and this will differ by culture. That is what makes the world such an exciting place to live in. Consider some of the following examples to illustrate this point.

To begin our exercise in gift giving around the world, we travel to the nation of India. This is the second most populous country on the face of the Earth today, so there are a lot of gifts to be given. You will find that India has an annual Hindu festival of Diwali. This lasts for five days. During that one week, more than 40 percent of the annual spending on gifts in the entire country will take place. The most common purchases are jewelry, technology, and new clothes.

Chinese New Year is not just celebrated in China. In fact, most East Asian nations will celebrate this annual festival. It is a week long and is marked by lavish spending on food and gifts. Because so many Chinese live away from their extended family, a great deal of money is also spent on travel during this festival. That is why it lasts so long and is also a primary reason why so many gifts are given at this time.

Located in Southeast Asia, the Philippines is another popular place for holiday goers around the world. It is here that outdoor decorations reign for almost any holiday that you can think of. December is the most brightly decorated of all seasons, owing to the Catholic heritage in the Philippines. They have a Lantern Festival that takes place every December. The lanterns are elaborate and they light up the sky across Manilla. However, this does come at a price. Each lantern costs an estimated $11,000 to build from start to finish.

Here is an interesting tradition that occurs in Japan every year on December 24th. The tradition is that families will buy a chicken dinner from KFC and enjoy it together. In Japan, the typical dinner that has eight pieces and costs over $21, so it is not something that families indulge in very often.

As one of the more modern Arab countries in the world, the United Arab Emirates has started to enjoy the Christmas holiday spirit as well. Each year they put up a Christmas Tree in an Abu Dhabi hotel that rivals any in the world. This one is decked out in a variety of jewels that amount to a net worth of $2 million.

If you are looking to give gifts towards the end of the year, the United States and the United Kingdom have long set the pace. Black Friday is traditionally the start of the shopping season and occurs the Friday after Thanksgiving. Cyber Monday takes place a few days later and contains specials found entirely online. These two days have now taken the world by storm. Many Asian nations even participate in them as well now.

These are just a few examples of the gift giving traditions practiced around the world today. Cultures are rich in tradition. Wherever you are traveling next, it would be helpful to know some of the traditions that are in place so that you can be ready to participate if the opportunity presents itself. 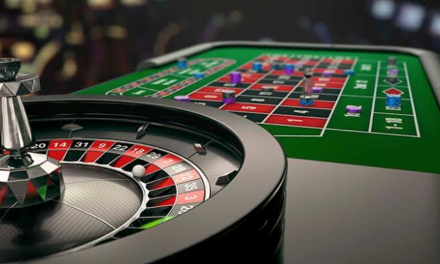 Want To Win More At Roulette? – Apply These Tips And See The Result Yourself

How to Install a TV aerial at the roof?