Since the University of Arizona Law School has decided to allow applications to opt for taking the GRE (Graduate Record Examination), many law schools around the world are moving towards adopting the GRE instead of the LSAT for admission. The GRE is being increasingly accepted all over the world and is preferred over the LSAT at some programs. According to the present data, about 20 law schools have accepted the GRE for admission purposes, Harvard Law School is one of them. 25% of the law schools all over the world plan to go with GRE instead of LSAT. By looking at this data, a question arises as to whether the GRE is a new trend that has been set up or just a fad?

The following facts pertaining to the GRE and LSAT inrecent times seek to answer the question:

ABA makes GRE on of the options for admission into law schools: The house of delegates of the American Bar Association has given the ruling as to whether or not the LSAT should be the only entrance exam for admission into law schools. The council decided that if law schools are able to prove the validity and reliability of any alternate test of their own for admission, then that can be accepted. Following this statement, it can be construed that law schools can adopt the GRE instead of the LSAT if they prove its validity and reliability to the ABA. Currently, the GRE is undergoing a national validity study and how valid and reliable it is will be decided by the ABA on the basis of the report the study.

What does the law school’s GRE experiment tell?

Jessica Soban, Harvard Law School’s associate dean has asserted that Harvard Law School is following GRE and has submitted the validity study to the ABA. The school plans to continue on GRE setup for accepting admissions for the academic year 2018-2019. With many significant law schools accepting GRE, there are many pieces of evidence that establish the efficiency and capability of GRE. You can envision, obviously, the positive effect that additional decent variety of thought and experience will have in the classroom and future courts. From that point of view, at that point, the GRE appears to have breezed through its first test.

The biggest drawback of the GRE is that unlike LSAT it is not solely focused on law schools admissions. The LSAT includes logic questions and complex reading comprehension which test the skills of the candidates that are required in a law school. In addition, LSAT supporters guarantee that the main reason a few schools have begun enacting the GRE is to help their applications even with declining numbers. Tolerating the GRE loosens up the standard, at the end of the day, and opens the likelihood of graduate school up to an altogether new candidate pool. While some would see that as something worth being thankful for, GRE critics contend that it basically dilutes the bore of understudy in the graduate school classroom and at last will result in less-powerful rehearsing legal counsellors.

Well, whatever may be the reason for switching to the GRE, it is wise to be prepared for everything that can be foreseen. With some of the prestigious law schools accepting the GRE, students must prepare for it. An efficient and professional GRE tutor is a wise option keeping in mind the changing trends of law schools. If applicants decide to stick with taking the LSAT, it is advised to work with an LSAT tutor to help navigate your studies and put you in the best position for test day. 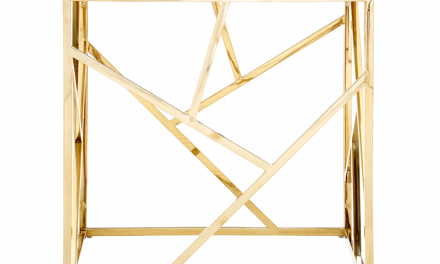 Get the Latest Unique Side Tables by House of Esperanto

The Ultimate Guide to Gifts for Beer Enthusiasts

Career Paths after Class 10th? Here’s How to Make That Choice on Your Own