Are you a fan of computer games?

With time PC games have transformed in terms of quality, player-experience, and technology used.

There are PC gamers societies in which gamers share their reviews and game details with the community.

The new games are looked forward to and some of them are even pre-sold.

In this article, I will review a twin-stick shooter game called, HellDivers.

Helldiver is a top-down, twin-stick shooter game developed by Arrowhead Game Studios. The director of the game was Johan Pilestedt. It was published by Sony Computer Entertainment on March 3, 2015. The game was released for the PlayStation 3, PlayStation 4, and PlayStation Vita first. Later in December 2015, a version for Microsoft Windows was also released via Steam. You can download the game by paying $20. It has single-player (couch) and multiplayer (online co-op) modes for up to four players. Though you can play solo it will be more fun if you co-op and sent on missions to enemy-controlled planets. The camera is set as aerial view of the game.

The game draws its theme from a popular fiction, Starship Troopers. The story of this game is that the government of Super-Earth, the fictional futuristic Earth, wants to save it from three hostile enemy races. The three enemy races are the Bugs, the Cyborgs, and the Illuminates. You do this by completing levels to conquer planets that are spread across different regions of space. Each planet has its own difficulty setting and its own reward in terms of unlock. The Helldivers are a pure combat unit and fight with the enemies. But they are often tasked with retrieving technology, activating oil-pumps, escorting survivors to a bunker, protecting a rocket as it prepares to launch or other activity that is deemed important by the government to preserve freedom and the Earth ‘way of life’. If you play online as a co-op, you have a chance to participate in a global Meta campaign called the Galactic Campaign. You have to fight with the enemies and save the planet. Your progress is then uploaded and it is registered as your contribution to the Galactic Campaign. But the enemies will try to counterattack and try to get control of the planet so you have to login to the game daily or frequently to defend a city planet from invading enemies. However, if you play HellDivers offline then your mission progress will not contribute to the global galactic campaign.

The game is about completing objectives or shooting your enemies in chaotic combat and save yourself from friendly-fire casualties. An incoming supply drop can also crush you. You need to fight three different enemy species to ensure the survival of Super-Earth. It is mostly aim-and-shoot controls and multiple enemy types. Each enemy has its own movement, abilities, and behaviors. Bugs have thick shells and attack you with their massive claws; Cyborgs wears bullet-deflecting armor so you have to carefully line your shots up with any exposed fleshy bits; and last but not the least the illuminate have high-tech war machines and snipers that can kill you with one shot.

In this game, players have a choice in making their decisions regarding where to drop, go on foot or in the vehicle, which objective to complete first, and when to call down certain pieces of equipment (referred to as stratagems in the game). Stratagems can be orbital strikes, or cargo pods containing heavy weapons or vehicles, airdropped minefields, etc. To win, players must fight or sneak through the enemy-controlled territory, complete objectives, and call a dropship to extract them from the planet. The dropship takes sixty seconds to land and extract the soldiers. As you progress in missions, you have more upgraded weapons, gun mods, upgraded points, and abilities as you level up your soldier.

In the game, enemy patrols roam the map, looking for your squad. In case patrol spots your team, you have to kill them immediately. If you don’t kill them, patrol units can call in reinforcements within few seconds and they are capable to do the real damage. HellDivers is much more fun you play on a team of up to four helldivers, all relying on each other to survive while executing carefully planned strategies involving perks and equipment. Playing the game as single-player also has its own set of challenges, but it just doesn’t offer the same experience.

Now you know all about HellDivers game which you can play solo or as a team of up to four players. So, if you are free over the weekend and your cousins or friends are coming over your place then get your hands on this game and have fun. Though there are issues like friendly-fires and split-screen options, but with its attractive art, cross-buy, cross-play features this game gives a good overall interface and you will enjoy playing it. The Galactic Campaign will make you feel that your contribution matters in saving the Super-Earth. You can also check a video review of difficulty level 15 vs Cyborg played on PC to get an idea about how this game is played. So, do check the review and download the HellDivers game on your PC or PlayStation. 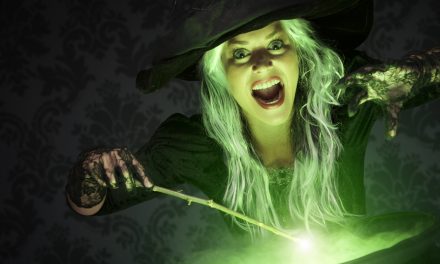 4 Seasonal Costumes to Grab for Halloween

The Current Statistics of Online Poker Activity During COVID-19 Period