How a VPN Can Hide Your Online Identity and Protect You?

Think of VPN as a solid tool that can literally open any door on the web. Whether you want to have access to another country’s Netflix library or you want to spoof your location to catch more Pokémons on Pokémon GO, VPN is the answer to all of these. But why should you get it in the first place if you never really needed it? Let’s know more about how a VPN can have your back by protecting your online identity.

What Exactly Is A VPN and How It Works?

A VPN creates a secure tunnel between a user and a VPN server from which the user can carry out all of their online activities with complete security and anonymity.

When you connect to a VPN, a secure pathway is created and everything you do on the web is carried out through that pathway. From this, you can avoid hacking and snooping activities since the VPN server is masking your original IP address.

With a bogus IP address, your online identity is safe, and everything you do on the web, you’re doing it with an enhanced layer of security, hence you cannot be traced, tracked, or attacked.

To be vulnerable on the internet, browsing with your original identity is risky, and a VPN can protect your identity online. Wondering how? Below are the important details of a VPN.

How Does VPN Encryption Work?

The process of encrypting is known as hiding your personal information. Suppose you are connected to a VPN. When you make a request on the web, your traffic passes through a secure tunnel encrypting all your traffic which can only be decrypted by a key. The key is only possessed by the VPN server (which you are connected to) and the client who is using the VPN (your device).

Now in the view of your ISP, your original IP address is replaced by the VPN server’s IP address, and that’s what he’ll be seeing. Note that your ISP might know that you are using a VPN, but it’ll be a pickle to track you. Even if someone somehow manages to get hold of your internet traffic, all they will get is some gibberish that’ll make no sense! The only way your data will make sense is to decrypt it by its key.

What Are The Types Of VPN?

VPNs became popular after the 2015–16 era, but if we look back, they were widely being used by businesses to carry out activities and ease their workflow executions. There are two types of VPNs.

A Remote Access VPN is your regular VPN which you use every day to unblock geo-restricted content on the web or access different Netflix regions with large libraries. A user connects to a VPN server with their device while sitting at home. Other than that, remote-access VPNs are widely used by businesses so that their remote employees can have easy access to the company’s internal network.

It is important to know the difference between these two VPNs. Although they both fall into the category of remote access VPN, the one you use for your personal use to access geo-blocked websites or streaming platforms is called a Personal VPN. A Business VPN, which is the second type of remote access VPN is used by organizations to create their own cloud–based secure networks to access the resources of their company.

A Site-to-Site VPN is often used by companies that are located in different cities or locations. This VPN type is used to connect all the office networks lying in different locations, forming a virtual bridge to have a secure and private connection.

What Are VPN Protocols?

A VPN Protocol can be defined as a set of rules or instructions from which the traffic of the user is carried out through the VPN tunnel, reaching the VPN server, and then accessing the destined page after the IP address is masked.

The earliest VPN protocol introduced by Microsoft was in the 1990s. The Point-to-Point Tunneling Protocol (PPTP) is available in almost all platforms and operating systems. But being an outdated VPN protocol as the technology has advanced since then, it is not widely used in the world anymore as it has been cracked and thus it does not offer the security which is required by the client.

After the PPTP protocol, many protocols were introduced but the widely used protocol today is OpenVPN.

OpenVPN is the best choice if you are connecting to a VPN server that is far away from your original location. OpenVPN is flexible in terms of speed and has a strong encryption method of AES 256. It is the best protocol to select if you are using a desktop PC. It is a debatable topic that OpenVPN may not be the fastest VPN protocol available but it sure is the safest when it comes to security!

This protocol is used to authenticate and encrypt data packets when internet communication occurs across an IP network. It can be combined with other protocols for increased security.

L2TP, or Layer 2 Tunnel Protocol, is a connection protocol that securely transfers data across networks. This protocol establishes two networks and uses the IPSec protocol to encrypt information within its space.

WireGuard is a VPN protocol that was only available for Linux users at first but then it was available for all the widely used platforms. The good thing about the WireGuard protocol is how simple and flexible it is. Comparing it to other protocols like OpenVPN which has 70,000 lines of codes, WireGuard only has 4000, which makes the protocol easy to be audited and maintained.

It is an open–source protocol so it is repeatedly audited by third-party experts and flaws are removed to make it more advanced and secure. Check Surfshark (External Link to Surfshark here)  VPN to use the WireGuard protocol, it has a no-limit offer on simultaneous devices!

Why You Should Use A VPN?

In this digital era, data has value. You might have no idea but your personal data is being collected and used whenever you visit an e-commerce website or fill a form. Other than that, if you don’t use a VPN, you are easily tracked as your original IP is being exposed on the web. To make sure that your online identity is protected, you need a VPN.

Here’s how a VPN hides your online identity and protects you.

It Masks Your IP Address

It Keeps You Safe While Connected To A Public Wi-Fi

If you want to connect to the wi-fi network of your gym or the coffee house downstairs, make sure you are connected to a VPN. Connecting to a VPN eliminates the chances of your personal data being hijacked or attacked.

To download a file with your original IP address would be a bad decision as your original IP is exposed on the web while you are downloading your favorite movie. To make sure that you don’t get caught, turn on your VPN and you can download any torrent file while being totally anonymous.

With a VPN, you can unblock any geo-blocked site or any platform which is restricted by your country’s government. A VPN will spoof your location as if you are accessing a website from that country. You can have access to streaming platforms with large libraries of movies and TV shows!

How to Choose a VPN?

Before choosing a VPN, it is important that you consider certain factors which would turn out to be in your favor. There is a large number of VPN providers available in the industry competing with each other to offer the best possible deals to the customers. So it wouldn’t be too hard to choose a VPN provider which offers just the things you need!

What Is The Cost of VPN?

There are VPN providers with the cheapest plans and there are VPN providers with the most expensive subscription plans but you have to be wise while choosing. Check whether or not it has all the features which you require, check out the user feedback, listen to the experts, but most importantly, test it yourself! Use the money-back guarantee options to test the VPN yourself.

How Many Servers Does The VPN Have?

Go for a VPN service that has servers in almost every country so you can easily have access to geo–blocked content on the web.

What Features Does The VPN Have?

A VPN is gold if it has all the necessary features available like Smart DNS, from which you can have access to any region’s streaming platform. A kill–switch, which is important so you don’t leak your original IP address if your VPN accidentally crashes. Double encryption feature, which encrypts your traffic twice, giving you the perfect layer of security.

A reliable and trusted VPN service will have strict log policies to give surety to the users that their online traffic is not being tracked. Always check for the logging policy and only go for a VPN service that doesn’t log user activity. (We recommend ExpressVPN)

VPNs have gained global popularity in the last decade and since then it became a necessary tool for online activities. It can hide your real identity and surely protect all your activities with just a single click. Whether it be for the use of accessing restricted content, streaming geo-blocked movies, or playing country-specific games, it comes in handy in all situations! 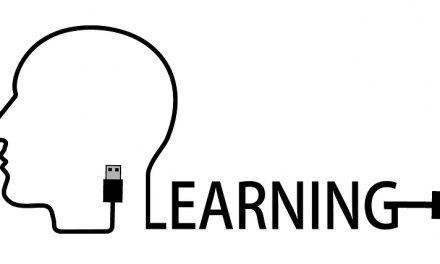 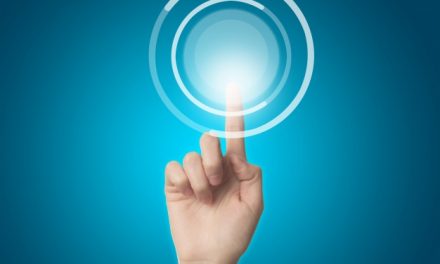 All You Need to Know About Fintech 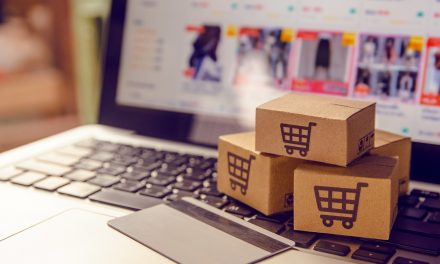 How To Set Up A Simple Ecommerce Website As A Beginner