How to Buy the Right Pod Vaping System for Your Needs

Pod-based devices have really taken the vaping industry by storm over the past few years, and if you’re looking for a new vaping device – whether it’s your first vape ever or an upgrade from a smaller cigarette-shaped device – there’s a good chance that a few pod systems have caught your eye when you’ve searched the web to see what’s out there.

This article is your quick-but-comprehensive guide to buying a pod vaping system that suits your needs. Whether you decide on a device like the sleek and convenient myblu system from Premium Vape Japan or a larger “pod mod” with adjustable wattage settings, replaceable atomizer coils and other features, the only truly important thing about buying any new vaping device is that you choose the one that fits your needs.

Here’s how to find it.

Compare the Designs and Features

It’s not uncommon for the average vaper to puff on his or her device more than 100 times a day. With that in mind, you’re going to spend a significant amount of time holding and looking at your device. Your experience is going to be much more enjoyable, then, if you like the way the device looks and feels in your hand.

The design of a vaping device, though, isn’t just a matter of the way the device looks. With vaping devices – just as in most consumer electronics – form and function are closely linked. The larger a pod vaping system is, for example, the higher its battery capacity will be. Do you want the sleekest possible vaping device, or do you want something that’ll fit in any pocket even when you’re wearing your skinny jeans?

In addition to the size, shape and battery capacity, the other two basic features of a vaping device that’ll prove useful to know are the pod capacity and the operating wattage.

If you buy a pod system that uses pre-filled pods, it’s useful to know how large the pods are because, while a larger pod does mean a larger and less sleek vaping device, it also means that you’ll get more e-liquid for your money when you buy packs of refill pods. The pods for some vaping devices are quite expensive despite the fact that they don’t contain much e-liquid.

Flavor is absolutely everything in vaping. If your e-liquid tastes great, it makes vaping so enjoyable that smoking hardly ever crosses your mind. If you don’t like the flavor of your e-liquid, on the other hand, nothing else really matters; you’ll have trouble satisfying your cravings for cigarettes regardless of the amount of nicotine you’re taking in. You’ll want to pay close attention, then, to the flavor selection of any pod system before buying it.

Flavor is one of the major differentiating factors between the different pod systems. Some companies, for instance, may work hard to deliver the most cigarette-like vaping experience possible. Those companies may offer multiple tobacco, menthol and mint flavors to give new vapers an experience that helps them forget about the cigarettes they’ve given up.

Other companies, however, tend to focus on sweet and fruity flavors. Those companies fill their pods with flavors like mango, blackberry, cheesecake and vanilla custard. The thing about vaping is that most people go into it with the intention of finding something that tastes like a cigarette. Over time, though, most of those people switch to sweeter flavors. It’s a good idea to choose a pod system offering a balance of both flavor types.

If you live in the United States, though, all bets are off when it comes to pre-filled pod vaping systems and their flavor selections. That’s because of the ban that the United States government enacted on most flavored vape pods at the beginning of 2020. If you live in the U.S. and buy a vaping device that uses pre-filled pods, the only flavors available to you are tobacco and menthol. If you buy a refillable system, however, you can use bottled e-liquid, and that means you can use any flavor you like. You’ll have to make a choice, then, between convenience and flavor selection. We’ll discuss that next.

Decide Between a Pre-Filled or Refillable Pod System

In the United States, the biggest factor separating pre-filled and refillable pod systems is the fact that only a refillable system makes it possible for you to use whatever e-liquid flavor you want. The U.S. has no flavor restrictions for bottled e-liquids, so you can use whatever appeals to you. If you’re using a device with pre-filled pods, though, you have just two choices: tobacco and menthol.

If you live outside the U.S., you don’t have to worry about regulations that restrict your flavor selection and can instead choose between pre-filled and refillable pod systems based just on the merits of those designs.

Is Reddit a Safe Platform to Pay For Essay Writing Services 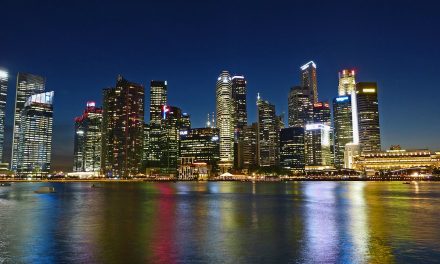 You Should Not Allow Your Home To Remain Dirty During Spring.Read This

How to Compose a CL Without Inspiration