Meet the cargo aircraft types that keep the world turning 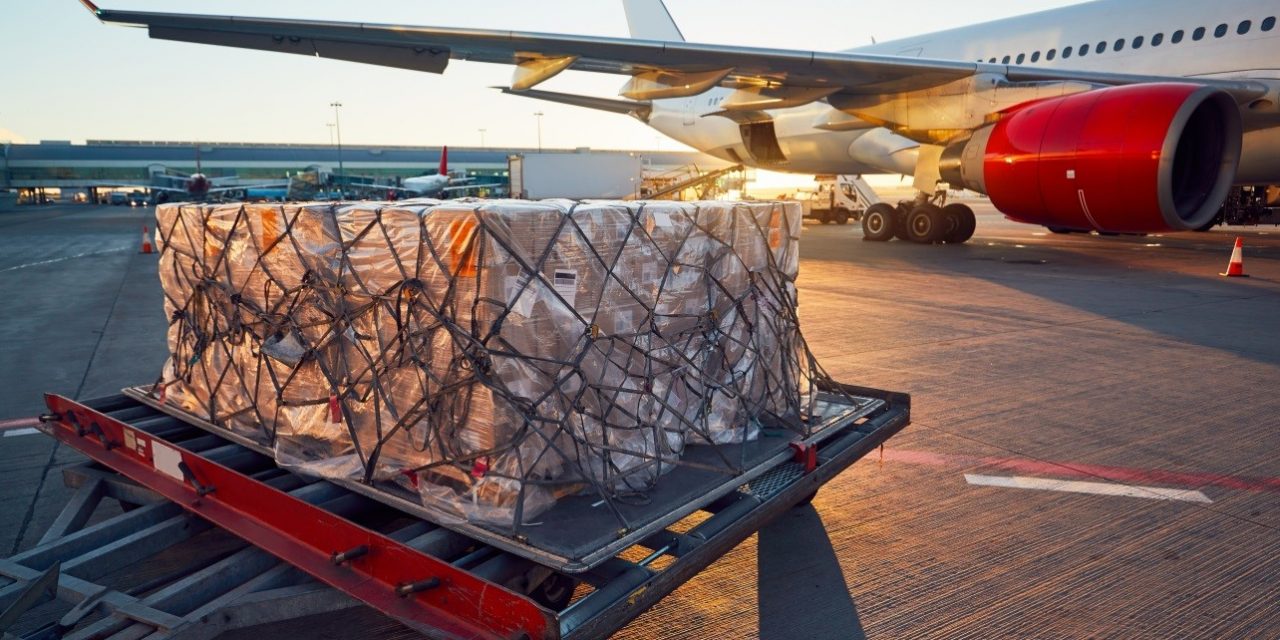 What is air cargo and where/when did it start?

It may be a rather simplistic way of looking at the subject of air cargo in the UK and Europe, but with a quick look around your home, your office, or anywhere in the urban environment, you’ll notice that almost everything you see probably had its origin somewhere else. Meaning, it, or the components used to manufacture it, had to be somehow transported from one place to another. Of course, many of those things could have been transported by road, rail, or sea, but we will only concern ourselves with air cargo, and the different types of cargo aircraft used to transport everything from paper clips to rocket parts across the UK and Europe.

Cargo air charter, an industry that has become a multi-billion-dollar mainstay of international commerce, originated from humble beginnings. In November 1910 a US department store shipped a 200lb consignment of silk from Dayton to Columbus Ohio, a distance of 65 miles. A Model B aircraft – designed by the Wright Brothers – raced against, and beat an express train in a competition that would demonstrate the viability and the future of air freight as a force for the future. By the end of the 1920s companies like Ford and the U.S. Post Office had already implemented the use of air freight as a major component of their business models, a trend which quickly followed suit in the UK, Europe, and around the world. By then, airlines were designing and building machines with distinct cargo aircraft specifications as a step away from passenger-dedicated aircraft.

An industry that began with the use of private aircraft soon evolved from small cargo planes to specialist cargo carriers, and eventually to entire fleets of cargo freighters which serve as the workhorse delivery channels for the world we know today. 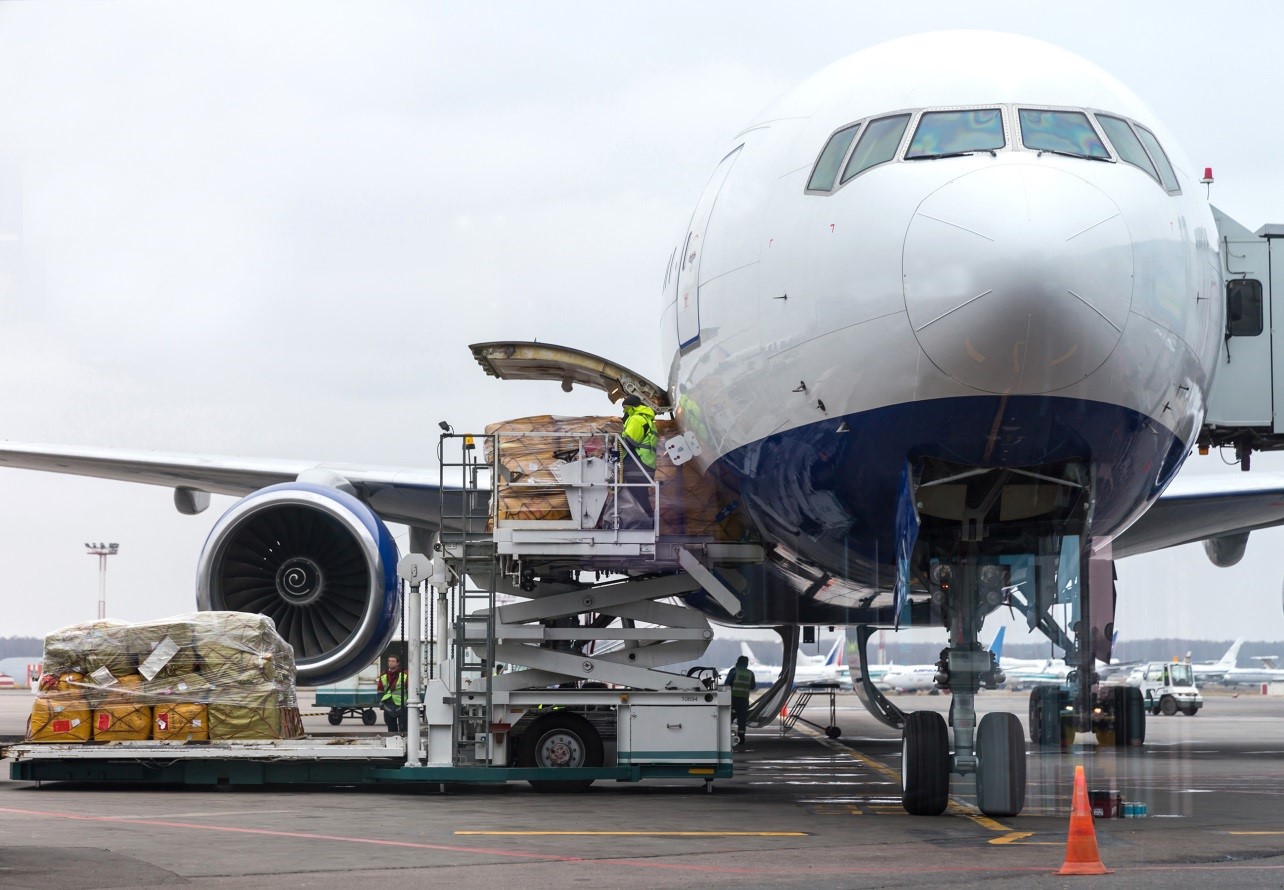 Scheduled commercial passenger flights are a vital component of the cargo freight industry, although this practice has suffered drastically since the arrival of the global COVID-19 pandemic.

The main difference between cargo and passenger aircraft is that the baggage compartment of a passenger aircraft can utilise the ‘belly’ and the aircraft’s spare volume to transport additional cargo – as well as passengers – as part of their scheduled flights. This belly-cargo strategy can be the difference between ruin and survival for many loss-making or uneconomical passenger routes. Cargo charter companies can even use a personal courier’s carry-on baggage allowance to transport urgent or sensitive cargo within the passenger cabin itself.

According to Aircargonews, about half of all worldwide air freight travels as belly cargo on passenger flights. However, with the decline in the number of commercial flights, the transport of air cargo has been dramatically reduced. The reduction in the number of commercial passenger flights means that there are not enough aircraft available to move the cargo needed by companies, individuals, and governments around the world. This has forced many passenger airlines to repurpose their aircraft for the transport of cargo instead of passengers. These conversions have helped to prevent the total collapse of many major airlines – for example, Dubai-based Emirates Airlines were forced to employ their fleet of 85 Boeing 777-300ERs to deputise as stand-in freighters, in addition to their existing 777Fs.

The types of cargo sent using commercial aircraft have traditionally been fresh, time-sensitive produce, mail, urgent deliveries for supply chains, non-toxic and non-hazardous materials, along with a whole range of goods not requiring specialist cargo conditions. Cargo sent by passenger flight ‘belly’ freight are grouped and loaded in Unit Load Containers (ULC) which fit snuggly in the storage bay beneath the passenger section of the aircraft.

There are hundreds of dedicated air cargo shipping companies across the UK and Europe who specialise in every aspect of the transportation of goods both nationally and internationally. These specialist air cargo companies come in a variety of sizes, from operators using their small fleets of aircraft and brokers who can arrange to charter any size or number of aircraft to the giants of the industry, who utilise large fleets of aircraft specially designed to transport freight by air.

Many UK and European airlines will use refitted passenger aircraft which have been repurposed to carry cargo – a practice which has become more commonplace during the pandemic. Other companies, some with cargo fleets of over 700 dedicated cargo carriers, invest heavily in planes such as the Boeing 777 which can transport up to 102 metric tonnes of cargo.

The type of cargo aircraft used for transporting goods is determined by multiple factors – the size of cargo, destination, distance, weight, are the materials hazardous, do they require special shipping conditions (live animals, temperature-sensitive vaccinations, etc.) and a host of other factors. However, the most common requirements and cargo aircraft specifications can be matched using one of the following aircraft solutions. 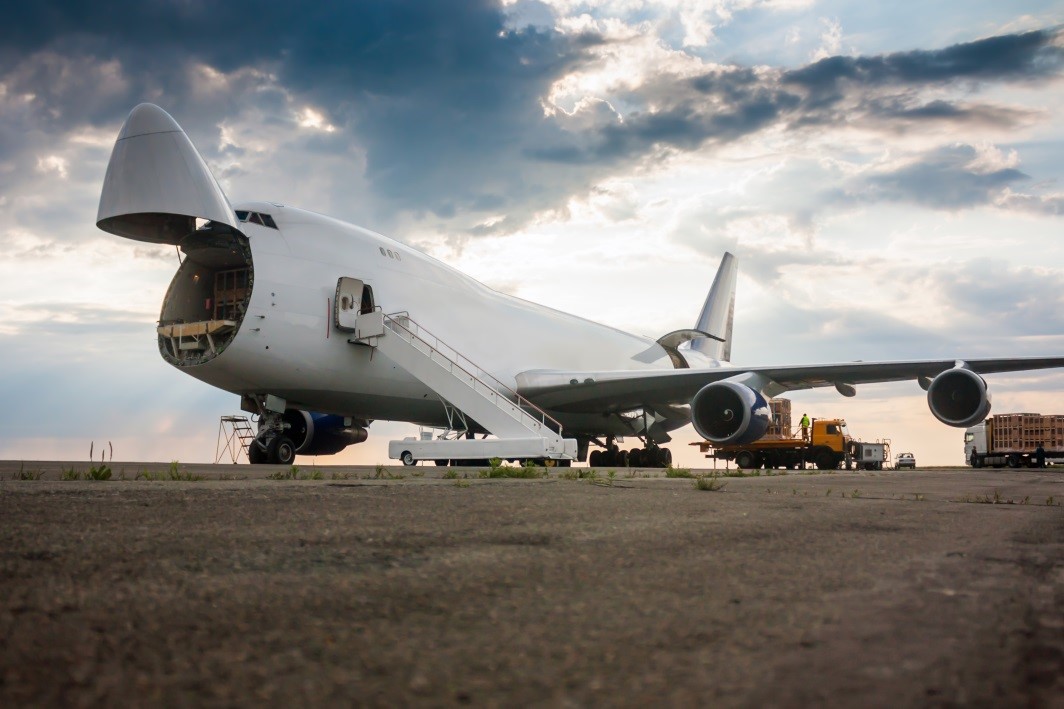 Wide-Body Freighters: These aircraft can handle containerised and palletised cargo on both upper and belly decks. The side doors on these wide-bodied aircraft have usually been modified to allow for easier loading and unloading of large loads via rail and track systems. Wide-body freighters usually operate from major airports with longer runways in metropolitan settings. Wide-body cargo freighters are exceptionally well equipped to handle time-sensitive, and oversized cargo and are much in demand for their range, trip cost, and cargo volume capacity.

Narrow-Body Freighters: At a time when many conversions are being applied to passenger aircraft, the narrow-body is filling a much-needed gap in the cargo transportation industry. Just like the wide-body freighters, narrow-body freighters can also handle containerised and palletised cargo, but on the upper decks only. While still requiring longer runways, they are particularly important across the UK and European domestic routes and are capable of serving smaller city airports. They are especially important for the movement of time-sensitive goods such as fresh garden produce and seafood, mail consignments, documents, and pharmaceuticals.

The most popular narrow-body freighters at present: Boeing 737, Boeing 757, Boeing 727.

Feeder Aircraft: Many of the large freight carrier fleets make use of short-haul feeder-aircraft to support transporting cargo from small and medium-sized markets to the larger more central cargo hubs. Feeder aircraft are usually piston and turboprop aircraft, which can operate from regional airfields without the need for long runways. Feeder aircraft open up the more rural, and less serviced regions of the UK and Europe for connectivity further afield with larger and more centralised hubs. They are the ideal cargo solution for mail deliveries, e-commerce, and servicing smaller more rural communities due to their short range and small capacity. 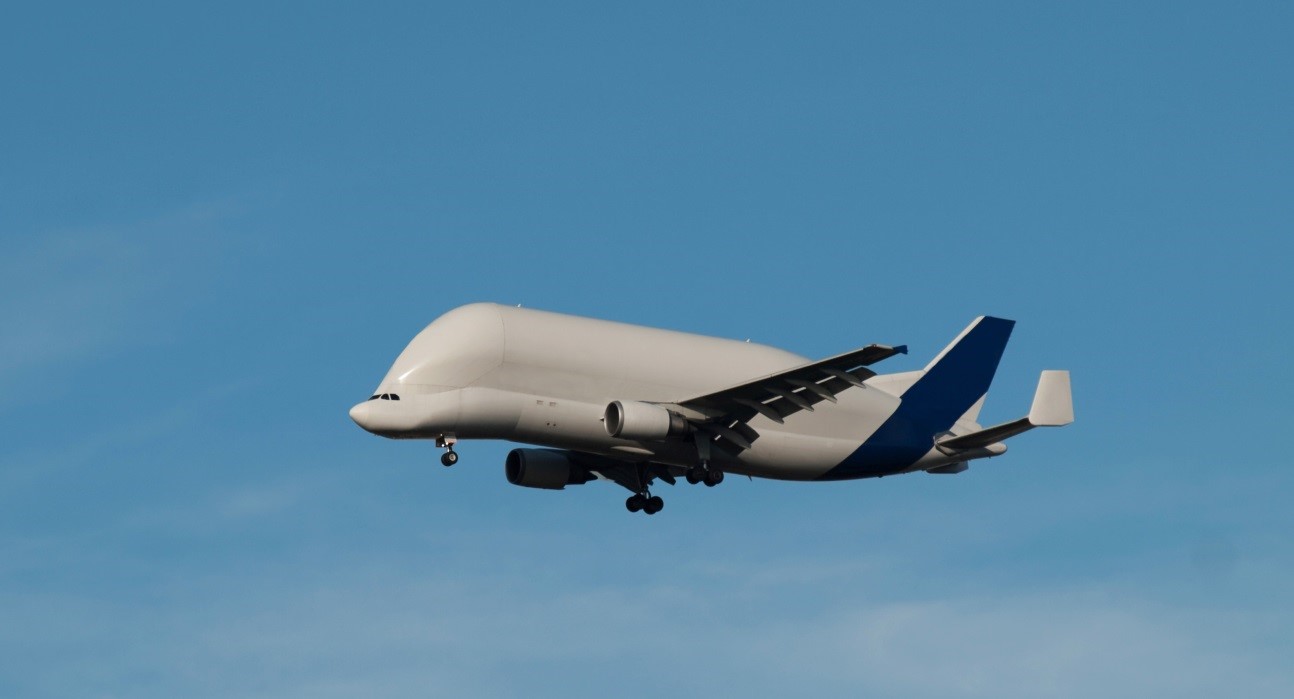 As not every type of cargo can be accommodated on wide-body, narrow-body, or feeder aircraft, the industry also needs some very specialised and unusual cargo carriers to tackle super heavy loads, hazardous materials, and other unique cargo requirements. While the shapes and designs of the unusual aircraft tasked with handling unique cargo may look different to what we’ve come to expect from aircraft design, these super machines are the real Trojans of air cargo transport.

Antonov AN225 – Weighing in as the world’s largest and most powerful cargo aircraft, Ukraine’s Antonov AN225 is the supreme example of heavy lifting power. This six-engine super aircraft was initially designed to transport the Buran space shuttle and was designed to carry a payload of 250 tons. While the Buran space project never got off the ground the AN225 found much demand for its outsized cargo capacity transporting up 200 tons of turbines, generators, and BelAZ trucks for the mining industry. This mega-aircraft can also accommodate 16 ten-ton aviation containers or 50 family-sized cars.

Airbus BelugaXL – The Airbus BelugaXL is a giant transport aircraft designed and built by Airbus as a replacement for the original Airbus Beluga to transport non-standard sized aircraft parts such as wings and fuselages from suppliers around Europe. It has also been used in the transport of highly specialised cargo including delicate artworks, industrial machinery, entire helicopters, and sensitive equipment for use on the International Space Station. It has a maximum payload of 47 tonnes. 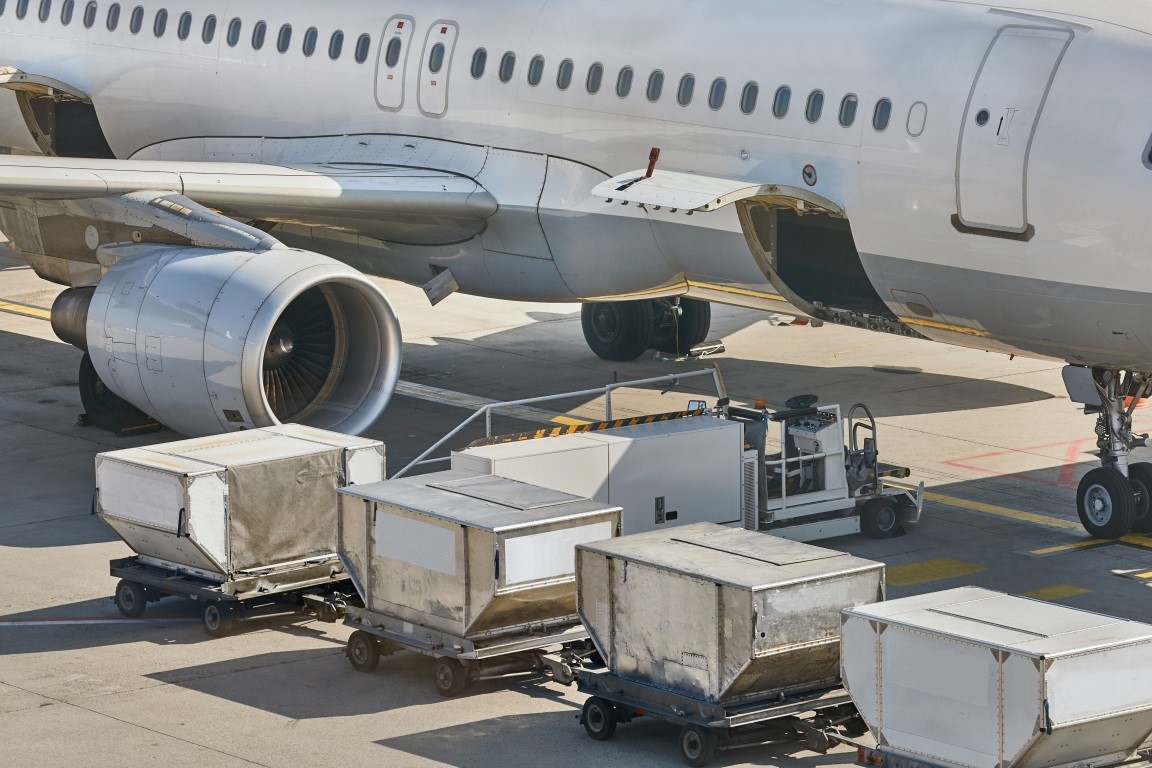 The importance of cargo aircraft

More than any other factor the rise of e-commerce has increased the importance of cargo aircraft. With the upsurge in online shopping – as witnessed during the COVID-19 pandemic- the rise in demand for cargo space outstripped the availability due to the loss of additional passenger aircraft belly space.

Cargo transport has become a significant income generator for airline companies as some aeroplanes such as the Boeing 777-300ER can carry over 20 metric tons in their hold. It is estimated that 50% or more of international passenger flights are profitable only because of the cargo they carry on their trips.

Some of the most popular cargo aircraft in use in the UK and Europe: 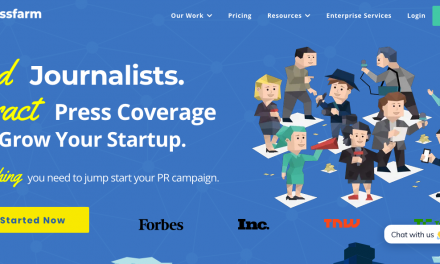 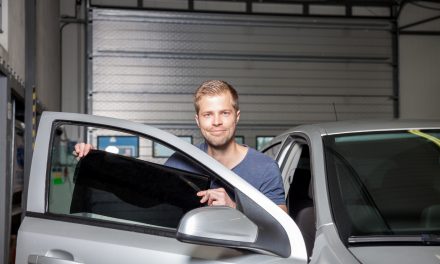