Since the sweeping waves of recreational marijuana legalization in the states of Washington, Oregon, California, Nevada, Colorado, Alaska, Michigan, Maine, Vermont, and Massachusetts (10 U.S. states in total), investors had been oozing with excitement. The federal district of Washington, D.C. has legalized marijuana for recreational purposes as well. Considering the recent, rapid changes in state laws regarding marijuana, it is not extraordinary to expect removal of cannabis from Schedule I of the Controlled Substances Act very soon. It is worth noting that Schedule I is the most tightly restricted category reserved for drugs that have “no currently accepted medical use.” Because of this, marijuana shares the same categorical label as other hard drugs.

Millions of untapped consumers wanting recreational fun, therapeutic stimulus, and health benefits of cannabis collectively helped the cannabis industry to become the multi-billion dollar industry it is today. And, there is room for substantial growth. Thanks to these legal changes, notable pot companies like Canopy Growth Corp., Aurora Cannabis and Aphria Inc. have reached a valuation of more than billion dollars. Even though these companies debuted on NASDAQ and the Canadian venture stock exchange (TSX) not too while ago, they have been making major strides in the financial world. The Marijuana Index, an index that tracks the shares of major listed companies on the MSCI North American Index (includes both US and Canadian markets), was up 573% since October of 2015.

Things however might be too good to be true. Enthusiasm among investors have been reduced substantially over fears of cannabis stocks being in a bubble waiting for a big burst.

According to an investment research firm The ArcView Group, “the U.S. market for legal cannabis grew 74 percent in 2014 to $2.7 billion, up from $1.5 billion in 2013.” ArcView Group’s forecasts hinges on the expected scenario of 14 more U.S. states legalizing recreational marijuana in the next five years. On the international front, Uruguay and Canada has already begun the commercial distribution of cannabis countrywide. Most recently, Mexico and South American and Caribbean countries like Belize, Costa Rica, Jamaica, Argentina, Colombia, Ecuador, Peru, and Uruguay have followed Uruguay’s lead in legalizing marijuana to combat crime and reduce the powers of drug cartels. Other OECD countries have flirted with legalizing cannabis for all purposes, but some European countries like the Netherlands and Portugal have decriminalized marijuana use since the early 2000’s.

However, never mind the lucrative forecasts. The new big worry among pot investors has been market saturation and overvaluation in the cannabis industry, and Oregon’s massive surplus of marijuana supply is a snippet of what the industry may experience in market equilibrium.

At the moment, the state of Oregon has a surplus of one million pounds of marijuana flower, that is a quarter of a pound of marijuana bud for every person in the state of four million people. That is more than enough for the average cannabis consumer. Marijuana prices in effect have taken a massive blow: the state of Oregon’s Office of Economic Analysis (OEA) found that the retail cost of a gram of marijuana dropped from $14.00 in 2015 to $7.00 in 2017. That is a 50% drop in just 2 years – an incredibly worrisome figure.

The central problem lies in Oregon doling out too many producer licenses, which effectively will eliminate small business owners who cannot compete at $7.00 of marijuana per gram. Big businesses will stay afloat and gamble on the prospect that the prices will “correct” itself. However, if pot farmers were able to export the surplus across state and international borders, Oregon might be able to better manage its marijuana market problem.

More importantly, will the pot prices bounce back against the backdrop of ever-increasing fears of market oversaturation? And, how will this affect the hemp-derived CBD market?

Between 2017 and 2018, the American CBD market has nearly doubled in size, and its five-year growth projects appear more promising following Republican Mitch McConnell’s recent proposal of the Hemp Farming Act of 2018. The legislation will unambiguously legalize hemp as well as its derivatives, extracts and cannabinoids. CBD, a non-psychoactive cannabinoid of the cannabis plant, has shown to help with a massive list of medical illnesses, including PTSD (post-traumatic stress disorder), anxiety, MS (multiple sclerosis) and even epilepsy. Even though CBD’s complete medicinal benefits require more rigorous research, multiple CBD studies also back CBD reducing risk of diabetes and obesity; reducing risk of cancer; bettering cholesterol profiles and lowering risk of cardiovascular disease; creating resilience to trauma and degeneration; and as well as protecting against bone disease and broken bones.

Because of CBD’s non-psychoactive, medicinal benefits, big-box retailers and national chains are tapping into the soon to be multi-billion dollar market, exploring how they could infuse CBD into their pre-existing products. However, their efforts have been stifled by the current, muddy regulations.

For example, the California Department of Public Health’s Food and Drug Branch has new guidelines indicating that even though the state of California allows the manufacturing and sales of cannabis products, including the use of industrial hemp, CBD is still prohibited as a food additive, ingredients or dietary supplement until the FDA determines otherwise. The FDA (US Food and Drug Administration) indeed has yet to make a decision on the use of Epidiolex (a cannabidiol oral solution for treating seizures associated with Lennox-Gastaut syndrome or Dravet syndrome in patients 2 years or older) to treat epilepsy, but its decision to sign off may prompt a rescheduling of CBD entirely by the Food and Drug Administration.

Thus, the final remedy for securing the growth prospect for the CBD market overall will hinge on FDA’s decision on the many CBD-infused pharmaceutical drugs that will be introduced in the next five years. Besides Epidiolex however there are not that many CBD-infused pharmaceutical drugs awaiting FDA approval at the moment. Despite the talks of oversaturation and overvaluation of the cannabis industry, the CBD market appear more confident and resilient than ever. 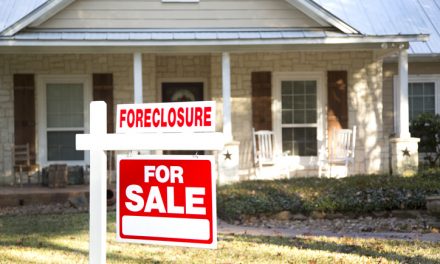 What Happens When They Foreclose on Your House? 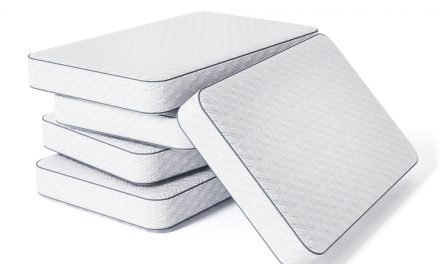 How to Dispose of an Old Mattress

How A Meditation App Can Help You Find Serenity