Potential of Wearable and Implantable Tech for People with COPD

Wearable technologies are on the rise as and the next wave of healthcare technology is starting to filter into health care. Researchers have stated that one of these new wearable technologies has a high potential to improve the lives of people living with Chronic Obstructive Pulmonary Disease (COPD). According to a report generated by the National Institute for Health Research (NIHR) in collaboration with the Hamlyn Centre, Imperial College London, wearable devices could allow those living with COPD an option to manage their health more effectively at home. Although the study is focused on the UK, the use of wearable technologies is increasing in the health care fields across North America.

COPD is a lung condition that makes it difficult to empty air out of the lungs due to narrowed airways. The main symptoms of COPD include breathlessness, frequent chest infections, persistent chest cough, and wheezing.

Even though COPD cannot be cured there is potential for improving the quality of life of those who suffer from COPD by keeping the symptoms under control. This is where wearable technology comes into play. Some key factors involving safety, long-term reliability and device cost still need to be considered before these technologies are more widely used in clinical applications but so far researchers are hyping their potential.

Some of the proposed wearable technologies include sensors embedded in clothing. These sensors are meant to estimate the amount of air stored within a patient’s lungs at any given time. This helps to detect any changes in oxygen stored which could alert patients to signs of an impending flare-up allowing them to receive the care they need at an expedited pace. Endobronchial valves and coils are another wearable technology being introduced. These are used for improved lung mechanics by inserting them into the lungs from a flexible bronchoscope. It has proven effective at removing trapped air in the lungs, without the need for highly invasive surgery.

COPD patients experience episodic flare-ups triggered by bacteria, viruses, and pollutants that cause inflammation in the airways. A wearable or implanted device could allow patients early identification of when their condition is exacerbated so they can receive treatment at home. The benefits of implantable and wearable medical devices would be for patients who suffer from chronic conditions such as COPD to self manage their condition at home thus improving quality of life. The devices alerting patients to changes would reduce the decline in their lung function and cut the cost of hospital stays which for COPD patients is currently one of the most costly treatments.

Although it’s clear that implantable and wearable medical devices have a strong future in medical care further research is still needed to examine the safety and viability of these devices before they can hit the market.

Benefits of Having a Primary Care Physician

How to manage breast stretch marks during breastfeeding 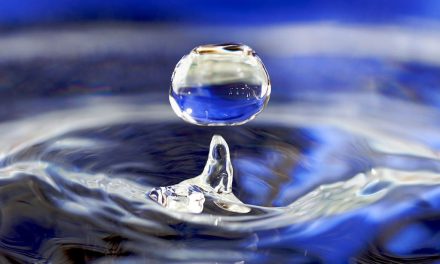