Set for Life – Try This Australian Lottery for a Change

A look at the lotteries played around the world will give you a quick idea that most lotteries are played in a similar manner. The number of balls you have to pick in each lottery might differ but most of the rules seem alike. The biggest difference in most lotteries is the size of the jackpot. In most cases, you see that the lottery draws are held either once or twice a week. If you have been dealing with the lookalike lotteries for a long time and that has bored you, there is something different for you to try. This amazing Australian lottery called Set for Life is going to be a wave of fresh air for you.

Let’s get to know about this lottery, why it is different from the rest of the lotteries, and the many ways you can apply to increase your chances of winning.

So, if you are able to match all the eight numbers, you win a jackpot of $20,000. That does not sound all that exciting, does it? Here’s the catch: you win a jackpot that awards you $20,000 every month for 20 years to come. Now that’s something that will get you excited pretty fast. For 240 months straight, you will be receiving $20,000 in your account. This is how the jackpot is paid in this lottery and there is no lump sum payout. If you do the basic mathematics, the jackpot size is precisely $4.8 million. However, it makes it all the more exciting when you know you will receive $20,000 every month for 20 years.

That’s more like a triple digit salary every year for 20 years. The organizers must have thought well before naming the lottery Set for Life. If you continue to do your regular job, you could save the $20,000 every month to have enough cash after 20 years that you can live your post-retirement life that you have always dreamed. The best thing about Set for Life is that there are eight different ways for players to win something including the jackpot prize. The second prize goes to the player who matches seven regular numbers and one bonus number. More importantly, there can be up to four first prize jackpot winners in this game.

What makes Set for Life even more interesting is that its draws take place throughout the week. You might not find any other lottery in the world that is drawn this frequently. You are right if you think the draws take place on Sundays as well. There is no day in the week when the draws don’t place. What that means is that this lottery perhaps announces more winners in a week than any other lottery in the world.

While it may seem on the surface that the total value of the jackpot is $4.8 million when you add up all the $20,000 per month for 240 months, that’s not the case at all. As mentioned earlier, there can be four winners on any draw. If four winners win the jackpot, each person receives $20,000 every month for 20 years. Technically, that’s a jackpot of exactly $19.2 million up for grabs every single day of the week. Other lotteries might offer nine figure jackpots, but their draws take place only once or twice a week. When participating in Set for Life, you are excited about every single day. If you are someone who does not like waiting for good things to happen, Set for Life might just be the lottery for you.

You have to know before you purchase the Set for Life ticket online or from a retailer that it gives you an entry into the entire week’s draws. The ticket can sound a bit expensive but now you know that you are entering into seven draws throughout the week with just one ticket. Moreover, every line you play gives you an extra set of numbers as well. In short, you are entering into the draw with two numbers. So, once you have purchased a ticket, all you have to do is match the draw results with your ticket every day.

Increasing Your Chances of Getting Set for Life

Is there something you can do to increase your chances of winning this unique jackpot? There are definitely many ways for you to increase your chances of winning. First thing you can do is purchase more tickets and play more lines. The more lines you play on your ticket the higher the chances will be of you walking away with the amazing jackpot. The other way of boosting your winning chances is to research the numbers, find out the best ones, and marking them on your play slips at the time of purchasing the ticket. You can pick your numbers using the quick pick option as well if you want.

When you look at the charts of the numbers that have been drawn most frequently, you will be surprised to find a pattern. The common pattern in the winning numbers of Set for Life is that odds numbers appear to be the most common ones. If you make a list of the most common numbers, you will have only the odds in the top positions. Let’s see why that would happen. The number that has been drawn the highest number of times in the history of Set for Life is 9. The number 9 has appeared in the jackpot results 288 times. Ranking second on the list is 5 which has appeared 287 in the draws so far.

The third most frequently appearing number is 33, which is yet another odd, and it has been drawn 279 times. The fourth most common number is 27, which has appeared 278 times. Some other numbers that have appeared most frequently in the jackpot draws are 17, 19, and 3. It makes sense to go with the odd numbers when picking your Set for Life lucky numbers on the play slip. The numbers that have not appeared in the results for a long time are20, 29, and 30. The number 20 has not appeared in the draws for 18 days at the time of writing this i.e. November 4, 2018. You have to keep in mind that Set for Life draws are taking place every single day of the week, even on Sundays. With that in mind, 18 days is a lot of time for a number to not appear in the results.

Looking at the statistics, you will also find out that 29 also happens to be the worst performing number since the start of Set for Life. This number has been drawn only 230 times since the game has started. The other worst performing numbers include 15, 35, and 2. Taking things a few steps further, you have certain pairs that appear a lot in the results. The most common pair is 5 and 17. These two numbers have appeared in the results 73 times already. The other most commonly appearing pair is 5 and 9, which has appeared 72 times.

After that, you have the consecutive pairs i.e. the two numbers that are one after the other in the counting. The most magical consecutive pair appearing on Set for Life results is 27 and 28. The other most common consecutive pair is 9 and 10, and the third one is 3 and 4.

When you look at the draws that have taken place in 2018, the most recent person to win the Set for Life jackpot hit it big on September 16, 2018. It was probably the most beautiful Sunday of this person’s life. There was only one winning ticket on this day and the winning numbers were 3, 12, 16, 18, 22, 27, 31, 37, (8), and (34). This ticket owner was lucky enough to match all the eight numbers and set their life for the upcoming 20 years. They will now receive $20,000 in their account every month like a blessing. On this particular day, there was no one to match the seven numbers and the bonus number to win the second prize. However, there were 13 players who matched the seven numbers and took home nearly $800 each.

Reasons to Play Set for Life

If you want a change from the traditional lotteries, Australia Set for Life lottery game is the perfect one for you to pick. It is one of the most unique lotteries in the world. You will love the fact that it gives you a chance to win something every day of the week forever. When you participate in this lottery, every day is an exciting day for you and you have hopes of winning big. If you are able to win the jackpot, you are in for another surprise. Yes, receiving the jackpot lump sum seems to be more attractive option for most of the lottery players, but there is something magical about monthly payouts as well.

Before you run out of the $20,000 you received in the previous month, you have another $20,000 dropping into your account. There are many benefits of receiving your jackpot in this format. While there are always some great stories associated with the winners of huge jackpots, there are some bad ones as well. Some people who became millionaires by winning lottery jackpots did not turn out to be so good at managing their money. When you receive the money in the lump sum format, there is always a chance of you ending up spending it carelessly.

On the other hand, with a payout coming to you every month, things are under your control automatically. Even if you want to spend your money on buying something really expensive, you will have enough time to think about your decision because it will take some time for you to save the $20,000 every month and have enough money to buy something really expensive like an exotic sports car.

Are You Ready to be Set for Life?

As you know, Set for Life is a lottery that you can play inside Australia or from the outside. The rules of the lottery are quite simple and the payout is huge as well. When it comes to how exciting a game should be, you will be hard pressed to find another lottery that takes place every single day of the week. With Set for Life, you have a reason to wake up smiling and excited every day. And if you are able to match those eight lucky numbers, you are truly set for life. The only question is, “Are you ready to be set for life?”

Why Online Casinos are preferred over Traditional Casinos

How to Watch movies and tv shows online 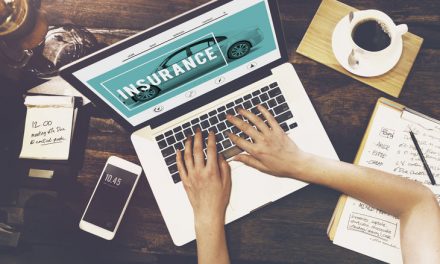 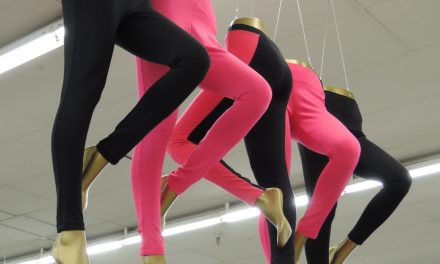