Signs Of Heartworms In Dogs

Heartworm disease in dogs is caused by parasitic worms living in the arteries of the heart and lungs of dogs and other species of mammals, including wolves, foxes. Dogs of any age or breed are at the mercy of infection.

Mosquitoes are the main transmitter of this disease as they carry the early stages of the larvae. When mosquitoes inject a dog, they deposit heartworm larvae into the dog. Heartworms grow to between 17 and 27cm long.

What are the signs of Heartworm Disease?

When these Heartworm larvae enter the bloodstream they are carried up to the pulmonary arteries, and they are often mistaken for allergic bronchitis.

Clinical diagnosis of Heartworm disease in dogs is often not identified in the early stages. This is because the number of Heartworms in the dog usually accumulate gradually over a period of months and in some cases years and after repeated mosquito bites. Although infected dogs may exhibit no signs of the disease in the early stages, heavily infected dogs may start to show clinical signs like; including a mild or a persistent cough, fatigue after only moderate exercise, reluctance to move or exercise, little or no appetite and weight loss. Chronic clinical signs include gagging, vomiting, difficult or rapid breathing, sleepiness and severe weight loss.

How does one Detect Heartworm Disease?

Generally, heartworm infection in seemingly healthy dogs is detected only when blood tests for a Heartworm substance called an “antigen” or microfilariae is done, although the test will only show positive till about seven months after infection has taken place. X-ray images and ultrasound of the lungs and heart are other ways in which heartworm infection can be detected, although these tests are sometimes used in animals already known to be infected. Heartworm prevention is safe, straightforward and inexpensive.

As for treatment, Canine heartworm prevention medications are a great way to protect your dog from heartworms. These treatments don’t stop the infection. Instead, the drug produces a chemical that affects the heartworm parasite early, preventing the worms from becoming adults and killing them before they infect the heart. Heartworm prevention treatments are 99% effective if used correctly. Most of the cases of failure were due to improper usage.  You can also get prescribed Canada drugs.

When the dog is sent home, exercise should be limited to just mere walking during the recovery period, which may last from four to eight weeks. You can also prevent re-infection during the treatment period by giving the dog a Heartworm preventive drug. These preventives may also eliminate microfilariae if they are present.

As earlier mentioned, canine heartworms are often difficult to detect, especially in the early stages, so even though your dog may appear healthy and sound, it could be infected. Have your dog checked regularly by a vet.

Common Causes Of Yawning And How to Treat Excessive Yawning

All You Need to Know about Nuchal Cord 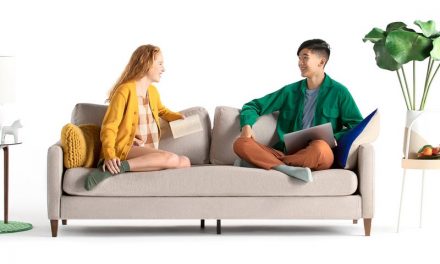 MSM Powder and its Benefits