Telnet and SSH: What are they?  Are they still used?

What is Telnet and SSH?

Developed in 1969, Telnet is a network protocol that allows a user on one computer to log into another computer that is part of the same network. It provides two-way interactive communication for computers across networks. A user on a client machine can use a Telnet client to access a command-line interface of another remote machine that is running a Telnet server program. Telnet is simple and easy to use, and transmits data using clear-text. Telnet on its own does not contain any type of encryption.

In the 60’s and 70s, computer security wasn’t on the forefront of everyone’s mind. In the 1990’s, security became a much larger concern.

SSH was designed in 1995 as a way to transfer data securely. SSH uses an encrypted format to send data over a secure channel. It provides strong authentication and secures encrypted data communications between computers of an insecure network. SSH provides a way for secure remote login, and protects the communications security and integrity with strong encryption. When SSH was created in 1995, the algorithms that were used were state of the art. Since then, as computer advances and hackers became more knowledgeable, vulnerabilities in the original algorithms appeared. SSH2 was launched in 2006 with updated algorithms as well as feature improvements.

A common misconception is that telnet is no longer useable due to its lack of security. In fact, the opposite is true. Telnet is still the natural connectivity tool for RF Terminals, Bar Code scanners, and other data collection devices. The type of data transferred between a telnet client and server is simple text and mall graphics, making the protocol nimble, lightweight, fast and reliable. It is easy to set up, easy for the system administrator to configure and maintain, with unmatched reliability and speed.

There are other ways to transmit data across networks. However, many use third-party plugins, get hosed up in the data transfer, or appear beautiful and modern, yet lack the basic functionality needed to transfer data efficiently. Telnet remains the solution if for superior operation.

For users who are transmitting sensitive data, the SSH Server upgrade is available for encrypted data exchange. SSH is the solution when secure remote access is required, yet the configuration needs to be simple.  Some other security solutions (not SSH) require administration that is so complex and lengthy that many businesses are either unprepared for the technical challenge, or not able to spend the required time for proper implementation and continued maintenance.

Coupled together, Telnet and SSH are a powerful combination. They provide the way to transmit data, and give the security needed to protect sensitive information. For industrial and commercial purposes, the Georgia SoftWorks Telnet Server and SSH Server for Windows offer robust solutions for any demanding environment. 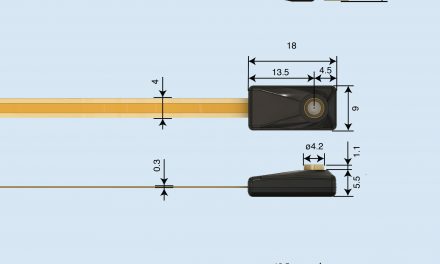 How to Shop for a New POS System: A Guide with 11 Factors to Consider

What are SMTP – POP3 and IMAP for E-Mail