Christopher Nolan has worked on some of the biggest Hollywood movies. Chances are that you have seen at least one of his works. The director, writer, and filmmaker truly work magic on the camera. One of his movies that you might be interested in learning more about is Tenet. Fans claim that his movies have only gotten better with time. Understanding how the movie measures up will allow you to determine if it is worth a watch. There is no denying that Tenet offers the same cinematic experience, theme, and story that Nolan seems to work on.

The truth is that Christopher Nolan is one of the few directors who truly know how to craft a compelling story and he has done just that with Tenet. Some of his epic blockbusters include Following (1998), Insomnia (2002), Batman Begins (2005), The Dark Knight (2008), Inception (2010), The Dark Knight Rises (2012), and Interstellar (2014). Nolan took a chance with Tenet by doing something different. Hence, it is a movie that deserves to be applauded.

Warner Bros has done a terrific job by allowing Nolan to take risks and create something original. But, it is important to note that some things failed to connect. We all can agree that movies made by Nolan have continued to push boundaries. They tend to be intellectually challenging and enable you to truly think. When it comes to Tenet, it might seem somewhat unintelligible. The sound mixing and strange plot can make it difficult to understand and resonate with.

Despite that being said, you will find Tenet to be fun to watch. If there is one thing that every watcher will agree with upon seeing the movie, it is the fact that its cinematography is quite precise and helps capture the beauty of the movie. Besides, the reverse/ forward action sequences will keep you glued to your seat. What is even more interesting is how Nolan plans to take things to the next level with this movie. He has worked at his peak with the Studio System. It is understandable for one to strike out at times.

Comparing Tenet with Inception is something that fans will attempt. Inception proved to do justice to the paradoxical and was a movie that kept his magic up. If you look at the movie on paper, you will find it to be awesome. It follows a man referred to as “The Protagonist”. He is played by none other than John David Washington who is a CIA agent. The Protagonist navigates the movie through his hunt for an arms dealer who provides unusual weapons. These weapons fire bullets backwards in time known as inversion.

The movie focuses heavily on the concept of inversion. It allows one to experience mind-bending twists and turns every step of the way. Unfortunately, you will struggle to understand inversion which is why it is best that you do try to understand it. It does lead to some amazing action. The fight early on between a normal character and inverted character will leave you feeling a buzz. It would have been nice if the plot had some more momentum to keep things flowing. The characters should be considered as puzzle pieces. Although the movie runs for 2 ½ hours, there is not much to hold on if you want something good.

In addition to John David Washington, there is Robert Pattinson who did a great job even though he did not appear as much in the film. He plays the Protagonist’s handler. Elizabeth Debicki also did an impressive job. However, her role had been reduced to a mere damsel in distress. Although the film captures many different places, it fails to capture them perfectly. It might be something that disappoints viewers the most. Tenet tries to be an unusually clever spy film and not a fun one.

Viewers can feel left out not knowing why the characters are doing things in the first place. It is easy for one to miss the premise of the movie and is rather a shame. By the time the credits roll, you might feel confused which is not necessarily a bad thing if you come to think of it. You might not completely comprehend what is going on. However, you will feel immersed and equally invested in the story. One would thing that Nolan tried to confuse the audience with his work.

Lack of Control over the Narrative

When you watch the Tenet, you will feel a lack of control over the narrative. It might leave you feeling disoriented. However, it is definitely worth watching. The film encourages you to feel without truly explaining what you are feeling. This shows that Nolan does not want to give the audience any control over the film. Therefore, it is safe to say that Tenet is a mess of a movie. It stumbles across different scenes but does have a humanizing capability.

Tenet was the last holdout by Hollywood. It was delayed about three times due to the Covid-19 pandemic and in hopes of becoming a blockbuster. There is no denying that it was an ambitious film. However, it did not perform as well on the screen. Tenet explained simply by This Is Barry is a great place to learn more about the film. Tenet was shot in seven countries including India, Italy, the United Kingdom, and Estonia. Thus, the movie proved to be more expensive in comparison to Dunkirk which was a more contained film. The much-anticipated release did well for Tenet as it a profit of 163.7 million USD. The budget for the movie had been 200 million USD.

Once you have gone over this post, you will know everything there is to know about Tenet. Keep in mind that we could not include many spoilers as the movie is definitely worth checking out. It has a good rating on both IMB and Rotten Tomatoes. Therefore, you need to give it a watch. 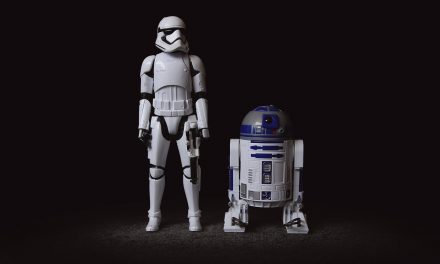 Should You Buy Kratom Capsules or Powder – What is Best?