When people think of drug rehabs, no doubt the same images pop into mind – bulky men in white outfits and clinical, sterile hospital environments. It’s usually either that or celebrities sipping smoothies by the pool in their slippers.

With the birth of the internet and the popularisation of mass information sharing and big data, we are beginning to understand that the shockingly low success rates of the past can be improved with an entirely new look on addiction itself. In ditching the sterile clinic atmosphere and the self-indulgent Malibu style of luxury, we end up with a new model that treats the issues holistically by focusing on community and in particular three aspects –

These three factors are based on the principle that addiction is a pattern rather than a drug. You can get someone to give up a drug, but if the underlying pattern is still present, the habit will play itself out in other harmful ways such as an addiction to sex, money or power. Also, while the pattern remains present, there will always be a void waiting to be filled by the next relapse.

Such patterns are often caused by trauma

When encountering trauma, assumptions are made about life that create habitual thought patterns that continuously release from psycho-physical tension – the physical manifestation of traumatic memories within the body itself.

As a new recognition that acknowledges the physical holding of trauma emerges, the aspect of physical activity becomes increasingly important. Cardiovascular workout increases the flow of blood, oxygen and other compounds. Resistance training induces deep muscle relaxation. The practise of mindfulness is a vital tool in learning to allow the resulting mental states to release rather than acting on them or suppressing them entirely.

Every stage of learning on the path of medical advancement probably feels to researchers like we have hit the jackpot. But, now, research is happening very fast, and the power of big data and social-based anecdotal evidence is bringing [profound insights that have never been recognised before in the industry.

Many of these new community-driven rehabs are basing themselves away from Western countries such as Bali or Thailand.

The lower costs in such countries allow these innovative centres to provide a middle ground between the hospital like state-driven centres and the luxury centres of Malibu. Also, they enable the participants to experience an environment utterly different from their own, completely isolating them from previous patterns and triggers. Finally, they allow a portfolio of life-affirming activities that range from tropical watersports to community-based volunteer projects.

Concerns about Asian rehab centres have mainly been based on cultural stereotypes.

However, according to some, there is some truth to the lower standards of some rehab centres in Asia.

“We were the first rehab to open in Bali. I originally founded the Hader Clinic in Melbourne. At some stage, I realised that times were changing and there was a benefit to people getting out of their home country. I knew that an ISO certification was a lot of hard work, but it felt necessary because I knew that there is a common view that the service in Asia might not meet the standards of rehab in the West. The ISO certification ensures that the standards are as good as, if not better than the best rehabs in the West.”

In addition to being the only ISO certified rehab in South East Asia, Seasons Bali is at the forefront of the movement into community-based rehab.

Many countries and cultures have been slow to learn from past mistakes, and many societies around the world still treat addiction like a moral defect and addicts like people that deserve to be shamed. Slowly, however, society has made small changes to serve better the needs of individuals struggling with addiction.

“We retain a lot of respect for traditional models of rehab. The principles of Seasons Bali were born out of our rehab centres in Melbourne, Sydney and Brisbane. But it was clear some things needed to change. We take our clients out of their familiar environment. So, they are separated from all of their well-grooved habits and triggers. Then, rather than undertaking their treatment in a clinical setting, we bring them to paradise.”

“Through developing a sense of community and responsibility, clients learn from the beginning that supporting others is a key aspect of recovery. By becoming heroes to others, it takes them out of the victim mentality and empowers them to pull others through their darkness.”

From the heart of addiction, the view is often obscured.

The idea of life without your vice is impossible to visualise. For an addict in a clinic in their hometown, it can be even more obscured.

“Our hard work is done during the week. Then, weekends are the real practice time. They learn to get out and touch nature and experience the natural beauty and bliss of the elements. This is an opportunity that is rarely afforded in local city rehabs.”

For the pioneers of the community-driven rehab movement, one thing is becoming clear – addiction treatment needs to have as much to do with the people around the clients as the client themselves. When you start to understand the bigger picture in terms of both the environment and history, you can begin to see patterns that traditional models of therapy could not. 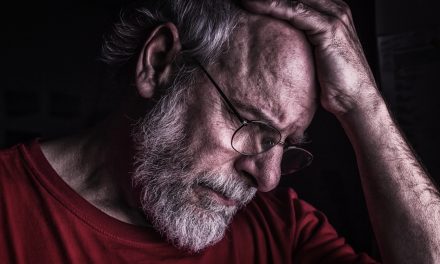 Tips To Choose the Right Urologist in Miami