The Original ConnectBot vs the GSW ConnectBot – SSH Clients for Android

The Original ConnectBot – 2007 – The original ConnectBot is an open-source secure shell client for the Android platform that lets users securely log in remotely to servers and transfer files back and forth. Released in 2007, it was the first SSH Client for Android. With over 1,000,000 installs, it is known for being fast, lightweight and free.

The open-source capabilities are great if you have very specific needs or have a developer on staff who can add features and bulk up the capabilities. However, if you need robust features but do not have the knowledge, manpower or desire to re-write software, a commercial option with the industrial capabilities and features would be a preferred option.

The Georgia SoftWorks ConnectBot – 2019 – The GSW ConnectBot is an industrial grade SSH/Telnet Client for Android. Designed for the most demanding environments, it offers the strongest encypriton available as well as a full suite of features. The GSW  ConnectBot adds commercial mass deployment features including network licensing, configuration from a MS Windows Server, version updates from LAN, and strong security algorithms.

“We based the GSW ConnectBot on the proven and familiar interface of the original ConnectBot. We took an already good, open source product and made it industrial grade with many added features,” said a Georgia SoftWorks rep.

Some of the commercial features include: Running multiple Android SSH client sessions on a single device at the same time. Sessions will persist if a user temporarily switches to another Android application. Configurable answerback, a stay-connected feature, application lockout for production environments are on the start of the feature list. It also contains separate User and Admin modes.

“We also added a Licensing and Deployment Server, that makes managing multiple devices a breeze,” said GSW. “Our LADS is a lightweight mobile device manager that enhances the functionality and management of the GSW ConnectBot clients.”

The SSH Protocol is a network communications protocol allowing for secure remote login and other secure network services over a non-secured network. Unfortunately, thanks to significant increase in computer power and advances in decryption techniques, the majority of the original SSH algorithms are no longer secure. For this reason, not all SSH products and implementations are equally secure. Some still use the initial algorithms referenced in RFC 4252. These 11-year-old algorithms, once state-of-the-art, are simply outdated, dangerous to use and unfit for commercial deployment. Nothing can replace due diligence and software updates.

“This is why the GSW ConnectBot shines,” said Georgia SoftWorks.  “We watch current literature and discussions of cryptography to keep our software constantly updated and thus ensure that our customers are not using a cryptographic algorithm that has a recently found vulnerability or weakness.”

Top 7 Predictions for Cryptocurrencies in the Future by Guy Galboiz 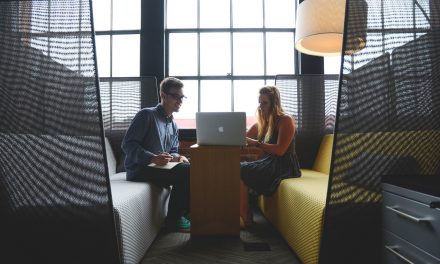 How To Compare Adobe Analytics Packages