Getting married? Update your Facebook status, Enjoying your exotic holiday? Upload an album of carefully selected photos. Having a baby? Create their very own Instagram account of course!

When the multi-millionaire tech investor and property entrepreneur, James O’Connell, of JDP Limited (London / Dubai), wanted to share the news of the birth of his daughter he looked to the internet.

“Traditionally in the UK, announcements of a birth or an upcoming wedding are made in hard copy newspapers.” James explains. “I wanted something different, something with more reach and I wanted the narrative to be ongoing with the people we love.”

Alexandra O’Connell was born on the 11th January 2019 and has had her very own Instagram account running since day one. Her father, who made his fortune in e-commerce, is no stranger to the internet and insists it was the logical way to go. “I think it is time to admit the internet has won. In fact, when I think about it, I made my living from it, met my wife with it, and have learnt and communicated much of the more important aspects of my life with it”.

Of course not all of Life’s announcements are happy one’s. As social media takes hold so too does the need to communicate other news, a job loss for example, or a divorce, a diagnosis and a death.

When Nikki Davis found a lump on her neck at the young age of 28, she initially ignored it. Over time and increasingly worried that it was not going away, she decided to go to see a doctor. One phone call changed everything. Diagnosed with cancer Nikki now faced the prospect of telling the people she cared about her dreadful news. How best to do it? A phone call? An email? Or a Facebook update? What would be the best way to let your family, friends and wider network know that you were potentially in a life threatening situation?

When the husband of New York Times reader, Carole, died last year, she described how her son announced the death to the world via a tweet on twitter. Carole had found this immensely upsetting. The fact that he later included a post about his father’s death on Facebook, compounded the issue for her. Carole explained, “To me, Facebook and Twitter are too chilly for sharing tragedies with our nearest and dearest. Not to mention that these posts would be sandwiched between gags by Jimmy Fallon and clips of Honey Boo Boo.”

Social media has now become the dominant method to communicate with an individual’s wider network of friends and family in good times and in bad. In 2018 over 73% of Americans used Facebook to announce that they had graduated from college. More telling was the use of Facebook as a tool for daily interaction, with over 50% of American parents with children at college using Facebook exclusively for day-to-day communication. The fact that people are connected every minute, every hour or every day in normal communication, makes it seem even more likely that social media becomes the platform for life’s milestone announcements. 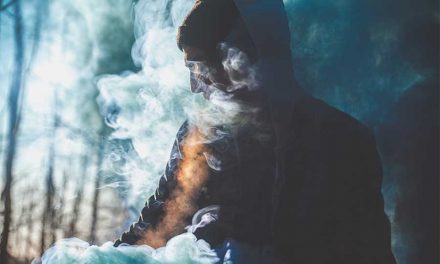