Developed by Redfox Games, Rumble Fighter: Unleashed is one of the best MMO action fighting game. The story of this game revolves around dark forces and a team of heroes hand-picked by the gods. You progress in the story by completing multiple levels and the levels get tougher and tougher after every level. The graphics and the gameplay are very awesome and you can also play this game in multiplayer mode.

As we all know how famous stick-figure games are nowadays. Developed by Landfall West, Stick Fight: The Game is a very interactive game which allows you to play single-player as well as multiplayer mode. The game is very addictive and has over 80 levels for single player and allows you to play multiplayer with anyone you want throughout the world. You get different weapons to finish off your enemies and claim your well-deserved victory.

Developed by Boneloaf, Gang Beasts is a very fun physical-based fighting game. This game comes in many platforms (Ps4, Steam, Win etc). The game has over 14 single-player levels and there is a multiplayer mode as well. The game has many fighting moves (like kicking, punching, grabbing, throwing etc) which make this game very fun to play. You need to dominate the battle and throw your opponent into the hazardous machinery in order to win the battle.

Now for the fourth entry, we have an adventure/fighting game Swordy. This game has some sick graphics and some very big weapons. If you want to survive in this game you need to learn the use of your weapon and show them that you are prepared for anything comes in your way. For the single player mode, this game has some very superb levels and you can play with your friends and family in the multiplayer mode.

Created by Deadbit, Assassins vs Pirates is a fantasy/fighting game. At the starting of the game, you have to choose what you want to be in the game pirate or assassin. Then the game begins, the game has some of the best fighting styles and very nice weapons. You can play multiplayer and show your friends you fighting skills.

If you want to play the best fighting game of all time then click on https://www.freegames66.com/fighting/super-smash-flash-2/ and let the fun begin.

Developed by Eric Froemling, Bombsquad is a single and multiplayer fighting game. In this game, you can choose from a variety of characters like:- Pirates, insane chefs, barbarians etc. Now you play in an 8 player co-op battle in which you can use different explosives to eliminate your opponent and rank up. This game also has a series of levels which are different from each other so you can have the best experience possible.

By the word Astro, you know we are talking about space. So Astro Duel is a fighting game with the environment of space. You can play in two players or four players, this game has 13 interactive levels and the game is pretty hard which increases the fun of the game. You have to eliminate your opponent in order to claim rewards, these rewards can help you in free upgrades and you can also raise your abilities through these rewards. The game has dynamic arenas, different modes and a very sick gameplay.

This entry is remotely related to the sports as well. Stikbold! A Dodgeball Adventure is a sport, local co-op, action game. Which is released on different platforms(Ps4,  Xbox, Win, Mac)? The story is about two Stikbold player Jerome and Bjorn. You can play a story mode in which you have to team up with your partner in a local co-op. The game has different levels and by completing these levels you get rewards. The main agenda is to knock out your opponent using your skills and brain.

Note:- Want to join the fan club of the best fighting game ever then click on https://www.facebook.com/SuperSmashFlash2FC/ to know everything thing about the game.

Developed by Techos Japan, Double Dragon is an action/arcade game, with the single and multiplayer mode. The game focus on the martial arts and have different characters with different skill sets every character has its own moves and attacks which makes this game very enjoyable. The story is about two characters, Billy and Jimmy Lee and their fight between different enemies and different gangs. The fighting style is pretty awesome and the gameplay is very smooth. You can enjoy this game on different platforms(Ps4, Xbox, 3DS, Android).

Created by Capcom Final Fight is an arcade/fighting game. This game is a legend and the first series of this game was released in 1989. You have a wide range of characters to choose from and every character has his own fighting sense and skill set. The main objective is to fight many enemies in order to save the princess from the competitor. The game is very addictive and you are going to have hours of fun playing it. The story is very engaging and so is the gameplay. 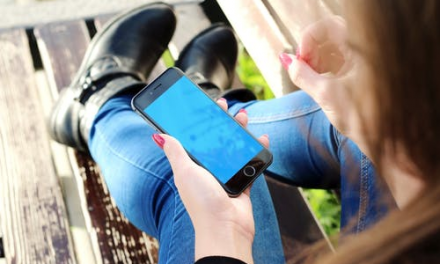