Top Places to Visit When next you’re in Lagos

If you’re reading this then it means you plan on visiting Lagos very soon or you’re just curious about this popular city in Nigeria, the most populous nation in Africa.

In case you don’t know, Nigeria is a west African country and Lagos is the major commercial city in the country. Lagos has an estimated population of 21 million people so it’s a very busy location.

Before we get into the tourist attractions in Lagos, you should know that other cities in Nigeria have diverse types of landmarks, monuments and memorable places that you may want to visit.

Cities like Calabar, Abeokuta, Kano, Osogbo and Akure have very beautiful places you would want to see. Here’s a pro tip: when flying from city to city in Nigeria, the airline you would want to use is Air Peace. Thank us Later

Now, let’s get into why we’re here

The National Theatre houses some of Nigeria’s modern art. The centre was constructed in 1976 and still hosts a handful of art centred events till today. From time to time, stage plays that pay emphasis on the Nigerian culture will take place here. A section of the building is more of a gallery of ancient and contemporary Nigerian art. If you love African art, you will love this place.

As you may have guesses from the name, this is a place dedicated to nature preservation. At the Lekki conservation centre, you get to see a couple of animals like monkeys, snakes, birds and other animals. The famous canopy walkway in Africa is also here. Why is it famous? It’s the longest canopy walkway in Africa. The place is mostly fun when you’re there with a couple of friends.

This museum is where you go to when you want to know more about slave trade activities that took place in Nigeria. Going here could be a very emotional thing to do depending on who you are but you’ll basically get to see slave trade document, artifacts, shackles, slave market, departure point and all major slave trade landmarks in Nigeria.

This park was built in 2010 as part of celebrations of Nigeria’s 50th independence anniversary. The significance of the park is to remind citizens of the fact that Nigeria is now a free state. The park serves as a National Memorial, a historical landmark and a cultural site.

Anyone can go to the park to relax with friends and the park usually hosts music concerts and other entertainment events.

Going to the Nigerian National Museum is exactly what it sounds like. You get to see major historical materials in the country. A major highlight is the bullet-riddled car in which the country’s former Head of State – late General Murtala Mohammed – was assassinated in 1976.

At the National Museum, you can buy a lot of Nigerian fabric, prints and artifacts. As a tourist, this is a very good place to get some Nigerian souvenirs to show your friends when you get back to your country.

This is one of the homes of contemporary arts in Lagos city. Many young artists have their work on display at Terra Kulture and you can actually purchase some of the art works on display. Sometimes, the process of getting one is through an auction. The gallery is the highlight of this place. If you love art and are willing to travel to Lagos, Terra Kulture is a must see.

There are quite a few beaches in Lagos but as at 2018, the busiest beach in the country is Elegushi beach. Now, this could be a good or a bad thing depending on who you are. If you like the crowd, then you will love this beach. There are bars and local eateries at this beach so food and drinks isn’t a worry.

Ever heard of Fela the african musician? He’s from Nigeria and the new Afrika shrine is his a physical representation of his legacy. When he was alive, he stayed and performed at the African shrine and the place has been preserved even after his death. Today, the African shrine plays host to deeply rooted african music concerts. If you’re lucky to be around when a concert is to hold at the new Afrika shrine, then you should go there.

Even though this city is still under construction, the completed part of this project is definitely worth visiting. Unlike most of the other places on this list, going to the Eko Atlantic Mega city may not feel like being at a tourist centre. Rather it may feel like being at a hotel or resort. The point of visiting this location is to see first hand, the beginning of what would be one of the biggest megacities in Africa. The city is anticipating at least 250,000 residents and a daily flow of 150,000 commuters.

Muri Okunola park is located in Victoria Island, close to the Lagos campus of the Nigerian Law School. The park was built by the Lagos state government in honour of late Justice Muri Okunola for his dedication to the service of Lagos state and Nigeria as a whole. If you’re a photographer or videographer, you can takes photos and videos at this park for a small fee

That’s it! Hopefully this piece will encourage you to visit Nigeria if you haven’t done so already.

Travel Skin Care Tips to Survive a Trip to India 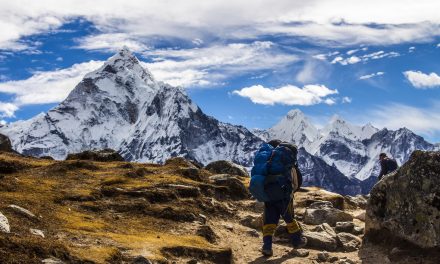 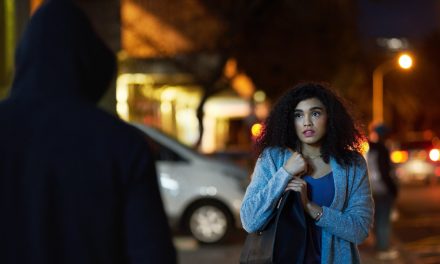 The Most Haunted Places in Columbia, SC

Everything You Need to Know About South Korea’s Economy