What is a Minecraft Skin?

The skin is an image that determines the physical appearance of your character in the Minecraft game. Basically skin determines the body texture of the player and mobs in the game. Minecraft is a game that offers unlimited possibilities to create the incredible world of your dreams. You can easily manipulate your player’s skin during the game.

When you start playing Minecraft for the first time, the game will auto select the default skin for your player. There are two default characters available in the game, Steve and Alex. The game randomly decides one skin type for you, so you will either get Steve or Alex as the skin for your player in the game.

Alex and Steve are simple skins of the game. Both default skins look great for new players, but they don’t offer much for a player. Both skins feature slender arms, which creates certain constraints during the game. Once you get the default skin for your character, you cannot change it in the demo mode of the game.

If you play the game offline, you don’t have a connection to the skin server, and the game randomly chooses one of the default skin for your character. Both default skins are supposed to give a generic delineation of a human body. Steve represents the standard skin model, and Alex represents a slim skin model.

Alex has a slimmer body shape with short arms as compared to Steve. Alex has 3px arms whereas Steve has 4px arms, which makes Steve more capable in the game. Both skins become boring for the seasoned players, and they want to add a unique look to their characters.

There are game studios such as Team Visionary who provide some amazing Minecraft content and publish in the Minecraft market place.  If you are looking for guidance on what to build we recommend looking at their free Minecraft Building Tips page.

Skin is basically referred to as the surface area of the character. In the latest version of Minecraft (version 1.8), skin can have two layers.  You can use only solid color for the first layer of the Skin, and the second layer can be left transparent. The second layer can be used to add different accessories to your character such as glasses, hats, etc.

In the Java edition, your character can have 1.8 blocks height and 0.6 block width. The Bedrock edition allows a player to use skin with double resolution. A skin template can be up to 128x128px in the game, so a player gets twice the amount of pixels to work with. In the Bedrock edition, you can also use partial transparency on the first layer of the skin. You need to have at least one visible pixel on all five parts of the body, because you cannot use a fully invisible skin in the game.

Although default skins look great in the demo game, after some time these characters, and their look get boring for players, they want to have a skin for their character that’s more personalized. The paid version of the game allows you to use customized skin for your character in the game. You can create a variety of skins with a more elegant and attractive look, and you can easily apply them to your character.

You can download the premade skins from the trusted websites, and install them as your character in the game. Many players have already created skins of the famous characters, such as superwoman, Mario, Panda, Batman, etc. if you want to play as one of these famous characters, you can look for them on the internet. You can also use your own creativity to build a skin template for your character. Why not also take a look at some cool things to play such as the awesome Minecraft Dungeons game that is available.

How to change your skin

If you get bored playing with the default skin and want to change it, you need to understand three basic ways to change your character’s skin. You need to learn how to customize your skin from scratch. There are different ways to make skin that we will discuss later. You also need to know how to download pre-made skins from different platforms.

Once you have created or downloaded the skin for your character, you should also know how to upload a skin into the Minecraft game.

The Benefits of Freelancers Selling Their Creative Templates on Coded, The New Marketplace

5 IPTV Providers in the US 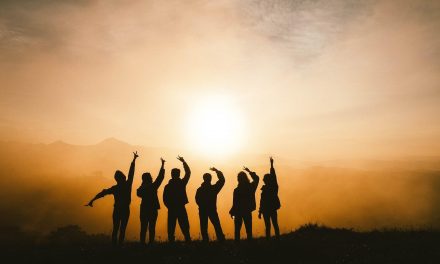