Where Did Avo Cigars Come From?

In today’s post, we discuss a cigar that has actually been inspired by a celebrity. The Avo cigars are the combined creation of renowned Jazz musician Avo Uvezian and popular cigar maker Hendrik Kelner. The Avo cigars started when both men met in Puerto Rico and Uvezian fell in love with cigars.

The two men combined their efforts to release the very first Avo cigar in 1988. It instantly became a hit and sold 100,000 cigars within the first year. From there on, Uvezian and Kelner dedicated themselves to the craft of the Avo cigars and maintaining their premium taste. Soon, the cigars became an internationally-recognized item. This is why, even today, the Avo cigars are one of the first choices of cigar lovers around the world.

Why do People Prefer the Avo Cigars to this Day?

Avo cigars are no regular cigars. First of all, they are known for their origins from the classy creativity of Uvezian and Kelner. When great minds combine and create something special, it never goes unnoticed. Those who have a love for jazz and cigars can appreciate the combination even better. But it is just more than just the names attached with the Avo cigars. They actually live up to these names because of the dedication that goes into making them and this is why people still appreciate them all over the world.

Each Avo cigar is handmade in the Dominican Republic. The best-quality tobacco and hand rollers of the industry are utilized to make them. After the cigars have been created, each one is inspected carefully to ensure the quality before they are distributed in the market. These are the efforts that lead to unparalleled craftsmanship.

To this day, the Avo cigars have a rating of over 90 from the cigar experts and counted among the top 25 cigars of the world. Even though the brand is now owned by Davidoff, the quality of the cigars remains consistent and the tradition carries on successfully.

The Vision behind the Avo Cigars

The cigars are a clear representation of Uvezian’s music. Just like his music is complex and layered, so are the Avo cigars. But the cigars are also a reflection of the personality that was Uvezian. The Jazz musician had a love for life and travel. The Avo cigars, hence, have been created to embody that passion and enthusiasm.

When you smoke an Avo cigar, you will be able to experience the coming together of rich flavors and cultures. This was the inspiration of Uvezian and Kelner when they set out to create these epic cigars.

If you are seeking to buy the Avo cigars, go to Gotham Cigars.  The online cigar store features the various collections of these renowned cigars.

6 Signs You Have a Water Leak in Your House 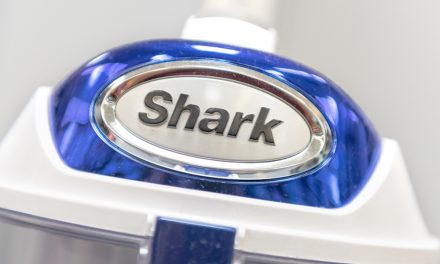 What is streetwear And what are its origins ?