The World of Isolation Tanks

What was once the exclusive activity for science fiction buffs and bio-hackers, has now exploded unto the mainstream stage and this is only because, floatation therapy that involves isolating people in tank and depriving them of external stimuli has proven to be beneficial from a variety of perspectives and most physicians recommend that this healthy habit should be added into the weekly schedule at least once or twice towards achieving a healthier life.

This holistic activity promotes calmness internally and provides finely tuned levels of relaxation which is effective against eliminates mental fatigue attributed to the mind’s preoccupation with external stimuli that includes gravity, sight, sound and heat. From helping individuals to sleep better, eliminate stress, reduce anxiety and ease pain right up to rejuvenating and revitalising mind body and soul that leads towards a better state of mental existence that boosts immune systems, creativity and positivity, floatation tanks seem to be the best thing that has ever happened to the world of holistic treatment approaches.

The improved state of mental health attributed to floatation is the core of it all as researchers are beginning to discover that the regular use of these sensory deprivation tanks greatly improves the left/right brain synchronisation as the absence of external stimuli frees up resources within the mind and allows the brain to shift from higher beta frequencies to lower alpha, theta and even delta frequencies providing the subconscious mental clarity and alertness the brain needs to heal itself inside out.

Clinical tests have proven beyond doubt that individuals who use an isolation tank (also known as isolation pods) if you may on a regular basis show vast improvements in creativity and problem solving abilities which has been directly linked with enhanced mental visualisation attributed to these sensory deprivation therapies.

Based on the fact that floatation therapy assists in rapid rehabilitation and recovery from chronic ailments, injuries, migraines and PMS symptoms had prompted researchers to study the effects of isolation tanks from a physical perspective and what they came to observe is that with the regular use of these tanks ACTH, cortisol, lactic acid as well as adrenaline production is greatly reduced while the production of endorphins is increased to a significant level.

These adjustments by the body automatically boost the immune systems drastically due to the enhanced blood circulation which advocates the distribution of oxygen in the body more effectively. Athletes have also come to fond floatation tanks useful to them as athletic performances are notably improved because of the optimised blood pressure, oxygen consumption and hate rate stabilisation process that can be associated with isolation tanks directly.

Basically, these sensory deprivation chambers have a lot to offer for the human body and clinical trials conducted since the 80s have proven that they actually do work wonders on the brain which in turn helps the body to re-optimise itself from every perspective.

The best part about it is that it is very affordable and the benefits are simply too great to be ignored as ‘just another fad’. 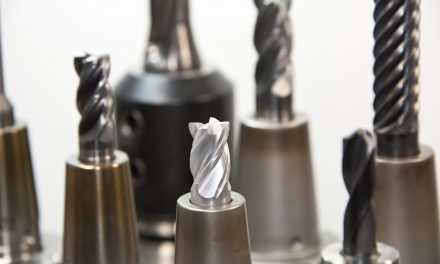 Furnace Repair – How to Choose the Right Service