According to a recent article on JumpCloud, companies intended to spend $96.3 billion on internet security in 2018, which leads you to believe they must be taking data breaches more serious than ever. The only problem is, only about $4.7 billion of that planned security investment was supposed to go to access management and identity protection.

The simple fact of the matter is, it is high time to start allocating more funding, time, and attention to identity security concerns. In the world of hacking, phishing, and data theft, it is personal identity data that is most desirable. These bits of information are often obtained for the basic fact that companies do not take the protection of this information seriously enough.

Identity record exposure is at an all-time high.

The year 2018 marked a scary record in IT security concerns; 446 million personal records were exposed, some of which were under the direct control of some of the biggest, most well-known and recognized companies. Within the first six months of 2019, over four billion records have been breached, and the scary fact of this statistic is a lot of that has been personal identity information.

A low percentage of online accounts are under the control of IT.

Companies aren’t as keen on keeping tabs on all online accounts as they really should be within their companies, and that can be a risky thing. The average internet user has roughly 191 online accounts that require a username and password to sign in, and many of those online accounts hold private user information. If employees are using company systems to access accounts that are not under the direct watchful eye of the security setups, those used identifiers can be harvested by hackers.

For example, you have an employee who uses the same username and password for their work accounts as they do for their Facebook account. The employee’s identifiers are protected when they login to accounts under the control of IT, but not when they sign in to Facebook. A hacker gathers the user’s credentials and then uses them to sign in as that user on a company platform.

The way and the rate at which modern technology has evolved is both exciting and scary. Even though everything has been designed for efficiency and convenience, security for personal identity data has increasingly become a lacking thing, and identity security concerns are bubbling up every day. For instance, it is now possible for companies to store data in cloud servers, which can be accessed on and off-site in some cases. If an employee accessed a cloud server to do some work from home and their own home computer is being tracked, private credentials can be stolen that would give hackers access to sensitive company data.

Identity security concerns are far more widespread than ever, and many companies are falling victim to data breaches to prove that point. If your company has not taken steps to protect personal identity data among employees, it is definitely time to work with a managed IT service company to implement a functional identity security strategy. 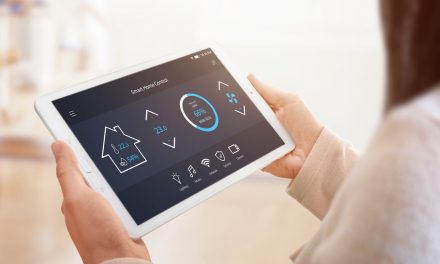 How do I host a PDF for free?