If you have come across the term Near Field Communication or NFC for short, you might be wondering what it entails. Chances are that you find it to be a dry, technical specification. But, when it comes to its applicability, it is a true powerhouse. For many years, android smartphones could access NFC and Apple has recently caught up. There are various NFC tag uses and this post will help you learn more about them.

Before you look at the uses of NFC tags, it is important that you first have a better understanding of NFC. It is a set of standards that help smart devices communicate with one another using radio signals when nearby. NFC is similar to RFID in the way it works. However, NFC has a much shorter range as compared to a RFID key fob. Since the range of NFC is just 4 inches, it is difficult to eavesdrop. Devices that have NFC hardware have the capability of establishing communication with other NFC devices such as NFC tags. NFC tags make use of NFC chips that are unpowered. They draw power from nearby smart devices or any other device that is powered by NFC. NFC tags do not require a source of power or battery. The most basic application of NFC tags is that they are a convenient alternative to QR codes. If you want to learn more about RFID, You can check this ntag213 vs ntag215 guide.

Two NFC-equipped devices must touch together to establish a connection. For instance, when you have two smartphones that are NFC-equipped, they would need to touch together back-to-back to establish a connection. On the other hand, if you have an NFC tag, it would need to touch the back of the smartphone. A wide range of android devices has NFC capability such as the HTC One X, Galaxy S III, Nexus S, Galaxy Nexus, and Nexus 4. Windows phones also offer NFC capability as found in the HTC Windows Phone 8X and the Nokia Lumia series. But, none of the iPhones have NFC hardware.

Make the most of what NFC has to offer by doing the following.

Wifi passwords tend to be complicated and lengthy. It makes connecting to a network difficult. Why not replace the process with just a single tap? The NFC tag can be used to write the wifi password. Both iOS and Android support the feature. Thus, all you would need to do is tap on the tag to connect with the wifi instantly without any fuss. You could also get a Wifi porter. It is a device that makes it easy for others to connect with the wifi using NFC tags.

Getting up early in the morning can be quite a challenge for even the strongest of us. A lot of the time, our alarm clocks are just not as effective. This is where an NFC tag comes into place. It will help motivate you to get out of bed. Some apps integrate alarms with the NFC tag such as “Sleep As”. Thus, you would need to use in-app CAPTCHAS to verify and disable the arm. This would get you to think and you would need to get out of bed to find the NFC sticker to use your phone to stop the alarm.

The last thing you might have thought an NFC tag can help you with is launching a website. A lot of the time, you might just want to direct someone to a website. It would be especially tricky when the website address is not simple. Rather than having the person type a long URL, you can simply have it written on the NFC tag. Thus, whenever someone taps on the NFC tag, the mobile browser would open and directly take you to the desired website.

If there is one thing that iPhone users love about their phone, it is the fact that as soon as they enter their vehicle, their phone would automatically switch to driving mode as the in-car entertainment system would be turned on. This helps optimize the journey. Even though some Android smartphones offer this feature, many of them do not. To automate the process, you could write the tasks on the NFC tag. You can place it inside the car and with just a tap on the phone, actions such as the opening of navigation app, turning on or off data, and do not disturb could be enabled. Trigger is a popular NFC tag writing app that you can use for your Android smartphone.

Regular tasks can be automated on both iOS and Android devices. However, they are simply not as flexible. This is why you should consider using an NFC tag. It allows you to set up shortcuts for various actions including running a streaming service, opening the camera, contacting a family member, and the like. You could take advantage of DIMPLE Smart Buttons to automate these shortcuts in a much more efficient way. These buttons stick to the rear of the smartphone right next to the NFC chip.

NFC tags can also be used to share media with others. Whenever you create videos for YouTube or any other platform, you can quickly share them using an NFC tag. You can embed a link using the NFC tag and stick it somewhere that you think people would be interested in.

There is no denying that NFC tags have various uses. If you have an NFC tag, you can use it for any of the purposes mentioned in this post. 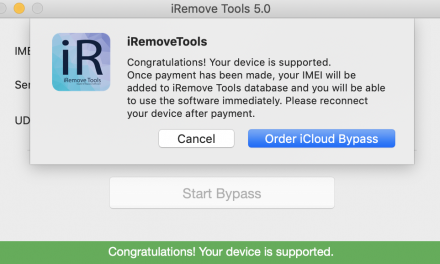 Airy Review: Get The Best YouTube Downloader For Your MAC OS

A Closer Look At Cybercrime in 2019