All about Meteorite Jewelry

Have you ever been gifted a real stone?

Do you know if it is authentic or fake?

Every real stone has certain properties and their impact on the person who owns them.

Stones are precious because the process of its discovery and extraction is time-consuming and tedious.

The formation of stone is a long process that takes hundreds and thousands of years.

In this article, I will talk about a certain stone called, Meteorite.

I will tell you what Meteorite is, its different types, and how it is used as a piece of jewelry.

Difference between Meteoroid, Meteor, and Meteorite

Meteorites are mostly found in deserts where they can accumulate with time.

There are three main types of meteorites:

Iron meteorites are only 6% of all meteorites recovered. They are almost completely made of Iron. They may include cobalt or nickel in it. Iron meteorites have distinctive crystalline structure known as a Widmanstätten texture.

Stony-iron meteorites have almost equal amounts of iron-nickel metal and silicate crystals. They are the most beautiful meteorites.

The two different types of stony-iron meteorites are

Stony meteorites are the most common type of meteorite which is rich in silica.

They are divided into two categories: chondrites and achondrites.

Chrondites have never been melted and therefore they are the most ancient and pristine rocks in the solar system. They are made from droplets of silicate minerals mixed with small grains of sulphides and iron-nickel metal. Solar system is made up of chondrites material.

Achondrites are made up of meteorites from asteroids, Mars and the Moon. They are melted into magma which when cools and crystallizes; it creates a concentric layered structure. Achondrites tell about the internal structure and formation of the planets.

4 Ways to tell if Meteorite is Authentic

Meteorite is formed after such a long process and bears so much before touching the planet’s surface that it is considered precious. They are expensive and close to heart of people who owns it.

But people with little or no knowledge may get fooled by the sellers of meteorites. Following are four ways to identify a real meteorite.

2.   Real Meteorite Has the Potential to Rust

Meteorites contains iron therefore, it does have the potential to rust. Meteorite jewelry needs proper care to prevent it from rusting. Some of the jewelers offer re-etching service to remove rust.

Some sellers of authentic meteorite jewelry provides a Certificate of Authenticity so that you know where your meteorite originated from and have peace of mind that it’s the real deal.

Since each meteorite fragment is one-of-a-kind, therefore every jewelry piece is unique. Some jewelers show sample pieces but that might differ from the real piece. Some people wear meteorite jewelry for its metaphysical healing purposes. It is believed that it has healing powers and can give mental peace to the person who wears it.

Some common meteors used in jewelry: 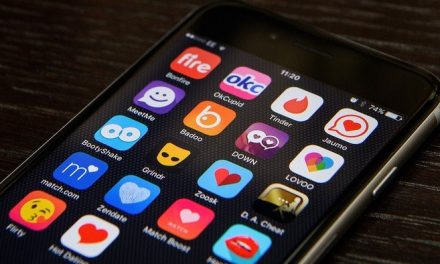 How to Choose a Weapon for Personal Protection