Banksy art – The works of the graffiti artist

For most people when they hear or think of art the first thing that comes to mine would typically be a sculpture or painting. In a sense, they are not wrong but perhaps they are a little bit naïve as to what art really is.

So what is art?

There isn’t really a definite answer but one definition of art is that; it is the application or expression of human imagination and creative skill usually with an aesthetic focus. While sculptures and paintings may fit well into this category art is much more than sculptures and paintings. Art could be anything, as Botto shows.

Other definitions stipulate that; Art is more subjective than artistic and that Beauty is the measure of the quality of art. Still, it begs the question, Can anything be considered art?

Are there any objective criteria for art?

It will be a never-ending discussion as to what art really is because the perception of art and the identity of the artist have always changed throughout history.

One such modern-day artist is Banksy.  So who is Banksy?

To understand who Banksy and Banksy Art is, let’s take a trip down the memory lane. You see back in the 90s graffiti art was picking up and young artist saw it as a way to rebel and get noticed quickly. Some critics even referred to it as rebellious art. Back then one of such famous artist was 3D (Robert Del Naja). Then in the early 2000s, the Banksy phenomenon happened.

For the millennial generation, Banksy is a graffiti artist, political activist and recently film director from Bristol, England. According to his Bio “Banksy by the age of 18 began to develop stencils after he was almost caught vandalizing public spaces by the police, He was hiding underneath a garbage truck and it was there that Banksy saw Stencil letters on the truck. Looking for a faster method to paint, Banksy then decided stenciling would be his new graffiti method”.

Banksy’s has stayed true to the belief of street art and has created many artworks all over the world both permanent and ephemeral. Needless, to say Banksy’s use of irony, satire, and dark humor to create social and political messages has stirred lots of controversies.

His graffiti stenciling art style is universally recognized. However, despite becoming one of the most recognized modern day artists his identity is kept secret. There have been several attempts to uncover his identity so far it has only been speculations and nothing concrete. In 2017 the iteration of his famous 2002 mural of “Balloon girl” was voted as the United Kingdom’s number one favorite artwork. Of course, without hesitation, this spurred critics into action.

It was criticized for oversimplification of human emotion and was not ambiguous.

Many have criticized the artist himself for making art for the social media age.

Needless to say, this has not stop Banksy from gifting the world with his art.

His most recent artwork in 2018 was spotted in New York. The mural depicts Turkish artist Zehra Dogan who was sentenced to jail a year ago by the Turkish court for a watercolor painting she made depicting the destruction caused by Turkish forces. The gigantic mural is a tally mark depicting the number of days Zehra Dogan has been in prison for.

In effect, Bansky art continues to wow the younger generation but to critics it a dismal effort of artistic work.

The 10 Best Websites to Watch Sports and NBA 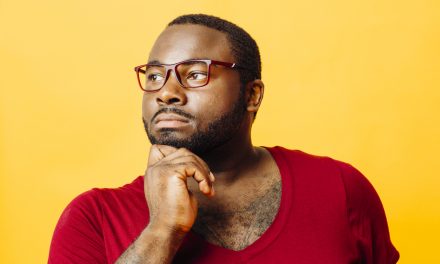