Common Causes Of Yawning And How to Treat Excessive Yawning

Yawning is a process of inhaling air which causes stretching of the jaw muscles, and it is followed by exhaling of the same breath. Yawning, at times, is also accompanied by watery eyes, pulled muscles, and sighs. It generally happens due to lack of sleep, fatigue, tiredness, boredom, etc. and it is a normal reaction to the reasons mentioned above. A strange fact about yawning is, many times it gets triggered by seeing or hearing someone else yawning.

It is not easy to describe the actual reason for yawning. There has been a lot of research done on this topic. One of those researches mentions that yawning helps in cooling down the warm cells of the brain. The wide opening of the mouth and reflexing of muscles helps in cooling down the brain. Deep breathing exercises also cause the same effect to the mind; this is why some yawns are short, and some of them are too long and audible. This research also supports the idea that yawning helps in providing the necessary amount of oxygen to the blood and eliminates carbon dioxide from it. Following are some of the most common reasons of yawning in the light of scientific researches and psychological behaviors.

According to expert neurologists, migraine and yawning have a deep connection. In some patients, continuous yawning gives a sign of an incoming migraine attack. It also accompanies nausea and vomiting, at times.

Anxiety affects your sleep pattern and leads typically to sleepless nights plus overthinking. This practice causes fatigue and stress to your mind. And all of these symptoms collectively act as a trigger to cause continuous yawning.

The most common reason of yawning is having a wrong sleep pattern or being insomniac. Sometimes it is due to any stress, depression or anxiety and many times it occurs due to any serious medical issue. Like, if you feel drowsy during the daytime or if you can’t get up in the morning due to lack of energy on a daily basis; this is alarming. You need medical help and should go for a thorough checkup.

Sometimes we fail to understand that how tiredness or boredom leads to yawning. It is merely due to the change of state of our body. It is true that mostly yawning occurs due to any medical issue or by seeing or hearing someone else yawning, but the following reason is an undeniable fact. Our internal and external body communicates according to the change of our state and environment. They both work in synchronization and have combined working behavior. That is why when we feel bored or tired externally it sends the same message internally which leads to continuous yawning.

What is Excessive Yawning?

When you start noticing yourself yawning once or twice in a minute on a continuous basis; don’t avoid it. Because this sudden increase is called excessive yawning. Although it may occur due to any medical issue or sleep disorder, but talking to your doctor about it is essential. Only the doctor knows the reason behind it and can treat you properly.

The causes of excessive yawning include fatigue, tiredness, sleep disorder, stress, after-effects of medications, etc. Mostly the reasons are the same as of normal yawning, but sometimes excessive yawning acts as a hint for an upcoming medical issue. Like a heart attack, migraine, liver failure, brain tumor, etc. That is why going to the doctor is the best decision in this situation.

The doctors will treat according to their experience. Usually, they will ask you about your sleeping habits so, the reason behind excessive yawning can be identified. If you are getting an adequate amount of sleep, this possible reason will be ruled out. Afterward, the doctor may ask about your medical history to check any potential disease. If this step doesn’t help too so, then the doctor will ask you to get an electroencephalogram – EEG test. It helps in identifying your previous possible diseases like tumors, infections, cardiovascular problems, etc.

How to treat Excessive yawning?

After analyzing the whole discussion and seeing the differences of normal & excessive yawning one can say; that yawning is normal. It is normal if you yawn once in a while. However, if you see a sudden increase, first try to identify a valid reason for it. Maybe it is occurring due to lack of sleep or tiredness. If it is so, try to treat it by yourself through sleeping on time, doing effective therapies, and doing breathing exercises to stay fresh.

In case you can’t identify any valid reason, maybe it is being caused by a disease. Call your doctor right away. Yawning is usually understood wrong in our society and is associated with tiredness and lack of sleep. However, in the light of research mentioned above, now we know there are so many other reasons and causes of yawning. Some of them are quite dangerous too. So, don’t ever consider them to be of no significance. Your life is precious, and taking care of it should be your priority.

The Health Benefits Of Medical Marijuana:  A Primer 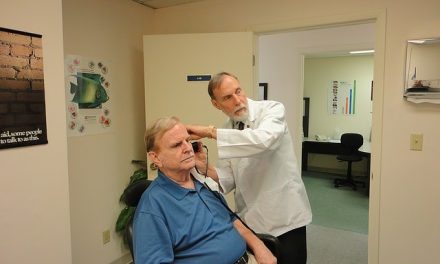 Tips On How To Buy A Hearing Aid 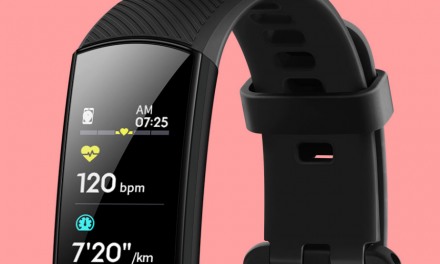 Why Do People Need Smart Bands