In 2011, nearly 332,000 people were incarcerated for drug crimes in the US. A drug offense may refer to the possession, distribution or use of any chemical intoxicating substance that is prohibited by law. The punishment for drug crimes can be quite severe and varies depending on the type, intent and aggravating factors like weapons possession or evidence of sales activity. Penalties range from fairly minuscule fines to several years in prison.

However, the effectiveness of imprisonment of individuals struggling with drug abuse or addiction without providing them with a chance to get adequate treatment is quite low. In fact, as much as 70% of those released from prison eventually return to drug use. The issue of a drug offense and how it should be handled is a complicated one. On one hand, the offenders should face the consequences of committing a crime, yet on the other hand, many of them meet clinical criteria for drug abuse disorder and are unable to receive treatment. Drug courts were introduced with an intention to tackle these problems. They aim to resolve arrests with regard for the offender’s well-being and help prevent recidivism.

While the common goal is a rehabilitation of the enrolled individuals, drug courts may have slightly different objectives depending on the specifics of certain groups. For instance, juvenile drug court would utilize a different approach to the treatment than adult drug court, focusing on gaining family support, promoting the development of healthy relationships and community ties and inspiring commitments to hobbies or education.

Drug court system offers treatment under strict supervision that can be both a benefit and an inconvenience to many. The progress of all enrolled individuals is closely monitored mainly through check-ups and random blood and urine tests. Offenders are obliged to attend all required therapy meetings, follow the rules of their program and appear before a judge for a review when called upon. When a participant successfully completes the program, they may get a lesser penalty, or have the charges against them dismissed altogether. This approach allows holding the responsible parties accountable for their actions without damaging their chances of getting a job in the future and successfully reintegrating into society.

Drug courts are based on a comprehensive model that consists of prevention, treatment and an ability to enforce consequences. Its main elements usually include:

Until the first drug courts appeared in 1989, the option of incarceration for drug offenders had been the only one in existence. It did little to prevent recidivism since imprisonment resulted in withdrawal that only lasted for as long as the offender remained in the facility, and it did not address the underlying mental issues that led a person to start abusing drugs.

Moreover, jails and prisons tend to contribute to the development of new mental illnesses and aggravate the existing conditions. Violence among inmates and guards, sexual assaults, verbal abuse, threats, and fights are all frequent occurrences in the high-stress prison environment. Needless to say, jail can be not only scary but truly mentally damaging. The most commonplace conditions developed by previously healthy individuals during imprisonment are anxiety, depression, PTSD and various phobias.

To make matters worse, inmates are often denied basic health care and have virtually no access to professional psychiatric help. Although jails and prisons are required to provide the needed assistance, medical staff at prisons is concerned with stabilizing and managing more than with treating. This way, a person experiencing severe psychosis or hallucinations may get medication to control or ease some of the symptoms, while depression, anxiety and other mental conditions that don’t manifest in radical or violent ways usually go untreated.

In addition, one of the main points of prisons is the isolation of dangerous individuals from society, and while it is reasonable and beneficial, it also makes reintegration incredibly hard. Many jails place restrictions on communication between prisoners and their families or loved ones, effectively stripping inmates of the possibility to receive any support and motivation to get through their term and begin living normal socially active lives. In combination with hardships that ex-prisoners face in search for a job, the gained and existing mental issues and severed social connections, this often results in repeated criminal activity after the release.

When it comes to behavioral modification, there are two main methods of influence: reward and punishment. Jails and prisons rely solely on negative punishment, while drug courts help offenders improve through a combination of positive reinforcement and positive punishment. Considering it has been determined that punishments are almost always less effective in changing behavior than reinforcement, it’s natural that drug courts display lower rates of recidivism among their graduates.

This can be achieved because positive reinforcement makes a person feel better about their correct actions and come to realization of what they were doing wrong without feeling oppressed. Basically, positive reinforcement is simply a technique of providing praise or reward for actions and behaviors that a parent, counselor or judge desire to see in a person. This way, offenders may feel encouraged and inspired going through the program, which increases the likelihood of successful and long-standing rehabilitation. The feelings of accomplishment and pride for doing something good don’t disappear after the person is no longer under supervision.

It’s also important to see the difference between positive and negative punishment. Negative punishment means restricted access to or absence of things and privileges that a person finds valuable. Prisons serve a purpose in making the world a safer place by separating violent and threatening individuals from the rest of it, however, they do little to actually change the way inmates function. On the other hand, positive punishment works through introducing fair consequences for each specific wrong action. For instance, an offender who failed to stay clean for the duration of the program may receive additional mandatory time in a detox facility. Positive punishments are seen as unpleasant but logical outcomes of a person’s actions and don’t trigger the same defensive reaction as negative punishments do. Drug courts pair positive reinforcement with positive punishment when it’s necessary.

Drug court is not an option for everyone. Usually, only nonviolent first-time offenders who are willing to work hard on their own improvement are accepted into the program. Although, despite certain limitations, drug court is an innovative and indisputably effective way to solve the problem of drug abuse and addiction.

Thanush Poulsen is a Danish columnist who investigates the problem of the criminals’ mental states, how jails affect them, and what are the alternatives to prisons. 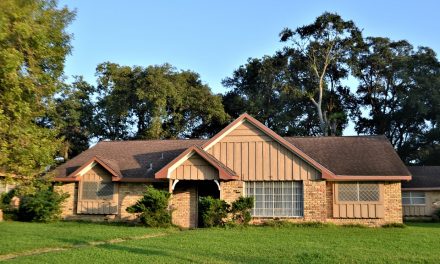 The Benefits Of Buying An Outdoor Dining Setting

7 Tips To Throw The Most Epic Party For Your Kids! 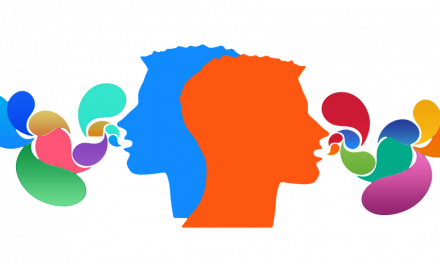 The Importance of Effective Communication Skills

On The Importance of The Probate Law