Essential data on character classes in Path of Exile 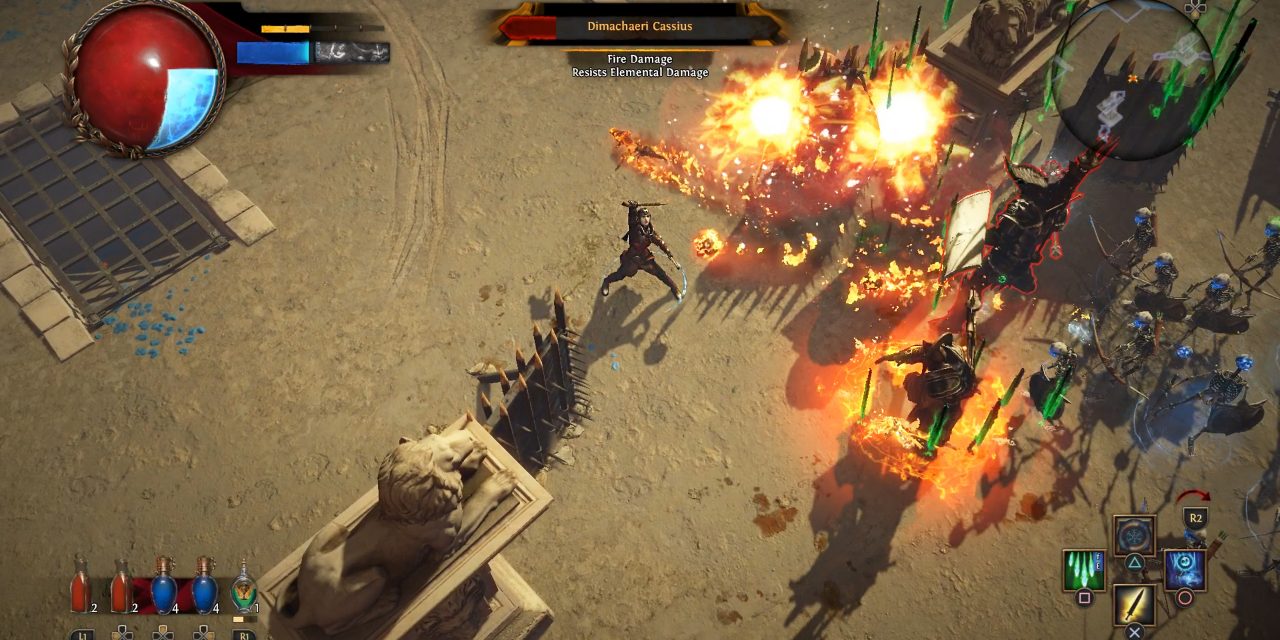 Path of Exile (usually abbreviated as PoE) is a MMOARPG (Massively Multiplayer Online Action Role-playing Games) videogame developed by Grinding Gear Games in 2013, and since its release, PoE has managed to captivate a lot of players thanks to its very entertaining and complex battle system, its unique trading model where there is no coin, its focus on exploration, its dark setting, its characters with well-developed classes, among many other reasons.

But, among all the unique features that Path of Exile has, there is one in particular that stands out quite a bit, that is its very high difficulty where only Hardcores players have managed to overcome all the challenges that PoE imposes.

It should also be added that one of the biggest problems that novice players have in any game with Free-to-Play model is the great disadvantage they have when they are starting to play these videogames, compared to other players who have been improving in the game for months.

Having said all that, Path of Exile has the two aspects previously mentioned (it’s Free-to-Play and it has a very high difficulty), and taking into account those combined features, many players who want to start enjoying the great experience that PoE offers are retained due to the large amount of doubts that arise when starting the game.

The biggest indecision that every new PoE player has is without a doubt, the selection of the class that his character will have, this is due to the big differences in the attributes coming from each class.

Selecting the right class that fits the player’s skills, especially for beginners is of vital importance, as this will depend on the ease of adapting to the difficulty of PoE. For that precise reason, below we will describe the different classes of characters found in Path of Exile, and that way we can determine which type of character should be chosen, depending on each player’s way of playing.

New Path of Exile players should also consider to buy PoE currency due to the great advantages that different types of PoE currencies can provide, it also helps the player to become familiar with different players who trade in the game.

Without further ado, it’s time to delve into the classes available for the Path of Exile characters.

In total, Path of Exile has seven character classes differentiated by their basic attributes and by their later active and passive abilities, all in conjunction with their initial pure growth.

In general there is no better character than another, they are all equally good, so their advantages will depend on how you play and the strategy you try to propose during the games. The main attributes for all the characters are intelligence and dexterity.

Bearing this in mind, another extremely important aspect that must be taken into account when choosing a character are the passive and active skills.

Passive skills come from gems that are embedded in weapons or clothing to later be able to obtain some skill, active skills are very important because they can give any character skills that are not related to his class. On the other hand, the Passive skills come from the huge skills tree that PoE has, which has more than 750 skills through various ramifications, thanks to this skills tree can mold the attributes of all characters to everyone’s liking.

PoE classes that are especially inclined towards one of the three main attributes are referred to as pure characters and are as follows:

These characters are mainly based on strength, and are very ideal for melee combat. The Marauders can carry weapons in both hands and with their large mallets can bring down any enemy. Their initial basic values are:

The Ranger is a character archer with a great skill that makes it the most ideal to attack at a distance. He is agile and can solve situations with stealth. His initial base values are:

This character specializes in intelligence, thanks to which he can cast spells of all kinds, which are ideal for long-distance battles. Its base values are as follows:

The following types of characters are called hybrids because their attributes are based on an unbalanced combination of the three mentioned.

The Templar characters have abilities that combine the characteristics of the attributes strength and intelligence, thanks to this they are excellent characters for melee and distance battles. This warrior possesses the base attributes of:

These kinds of characters are thieves that combine the attributes dexterity and strength, this makes him a quite powerful character in melee combats, and he is also quite fast. These are his base attributes:

Shadow class characters combine dexterity and intelligence, making them excellent for initiating powerful magical attacks with a lot of stealth. It’s their Base Values:

This character is characterized by possessing in a fully balanced way, the three main attributes: strength, dexterity and intelligence, thanks to this, this character is the most customizable of all in terms of passive skills, but by not specializing in a class, you could say it has no special strengths. Its basic values are:

All right, those were the character classes from Path of Exile and as you can see, none is better than another, all have balanced attributes, so to overcome the challenges of this game you must have a lot of skill with the keyboard. It is very important to have a clear strategy when playing, and know how to choose which passive and active skills to add to the character.

With those tips and concepts in mind, it should be easier to pick the right class than it should be for any novice player interested in immersing themselves in the world of Path of Exile.

The Future of Fantasy Sports And Spending Statistics