How Singapore Became The Financial Capital Of Asia

Singapore has set the standard high when it comes to governance and management. The city-nation is a role model for many Asian countries such as Pakistan, Malaysia, and Thailand. The young country has a short history and it is during this time that Singapore has emerged as one of the most prosperous in the entire region. Singapore is a story of how a third-world country can join the first-world. It is one of remarkable transformation.

The nation has become the financial capital of Asia. Singapore is a world class regional commercial and financial hub. The entrepreneurial and innovative nature of Singapore is the reason why the city has managed to cater to a diverse range of global institutions and businesses. Until 1965, when Singapore was under Malaysian after the British left, the country was suffering from a low-income trap.

Lee Kuan Yew is the leader that transformed Singapore and made it a world player. It is Lee who revolutionized everything ever since he took over. However, in order for Lee to transform Singapore, he had to bring change ruthlessly. Lee and his cabinet shared the same vision and passion. Soon after the change brought into effect by Lee, Western financial institutions slowly flocked to Singapore and the allure of the Asian market.

Singapore is one of the few countries in the world that is perfectly located in a strategic position. It has a geostrategic location that demands importance. Singapore is ideally located between the Pacific Rim and Asia. Thus, it was only time that Singapore truly took advantage of its central location. Moreover, the dynamic policies made Singapore a huge hit among Western financial institutions and businesses alike. The policies developed by Singapore made it extremely popular as other Asian nations lacked such a framework. Furthermore, implementation was something that the country was able to effectively able to manage. As the funds started flowing, they were invested heavily by the government in programs that promoted public education and welfare. The success of Singapore is a lesson for many Asian nations. Limitless ambition which is backed by execution and cold logic plays a huge role in transforming cities into world class cities.

Singapore was a smart city before the term smart city was even coined. All the characteristics that can be found in a smart city are present in Singapore. Urban planners look at Singapore for insight. The machine like precision is something that amazes visitors to Singapore. The city state is run in the most efficient manner possible. Every single activity is perfectly managed. From housing allocation to water, garbage collection to city transportation, everything is perfectly managed and integrated in order to provide the citizens of Singapore with the best experience. The urban management initiatives of Singapore have been extremely successful. A lot of the machine like efficiency has been possible through automation and trained personnel.

Singapore offers its citizens with world class education. Education in this tiny city state is rigorous and focuses on practicality. The administration consists of western educated individuals who bring the best practices to the table. These individuals have the expertise to run the nation.

Singapore has the technical expertise and financial prowess to provide support to the largest financial institutions in the world. It is due to this expertise that the city state has been a popular destination for Asian and Western giants. Just about every single global corporation can be found in Singapore. The city state is known for many things besides finance. It is also frequented by tourists from around the world. Moreover, world class firms that specialize in Software and technologies like Artificial Intelligence and Machine Learning can be found here.

The local population has the technical skills required by the top corporations in order to succeed. Furthermore, the immigration laws of Singapore help attract the best talent from across the globe. Thus, Singapore has become a financial player in the region. It has the financial prowess needed to attract the biggest and most diverse of financial institutions. Singapore also has a reputation for being a knowledge hub. Various Asian firms located to Singapore to take advantage of the cutting edge technology and innovation. For instance, Fin Tech has made a great impact in the tiny city state.

Another reason why Singapore has thrived is because of the fact that there has been continuous harmony ever since independence. Despite the fact that Singapore is a truly multi-cultural society, it is a place for every ethnicity, race, and religion. People belonging to different parts of Asia can be found living together in harmony. The ethnic and racial diversity of Singapore and the welcoming immigration policy has allowed the city state to welcome a multi-cultural society where everyone can belong.

There is regional competition that does cause anxiety. Cities like Hong Kong, Kuala Lumpur, and Sydney have given a tough time to Singapore. Thus, there is intense competition in the region. Moreover, other new rivals like the Philippines and Vietnam, as well as Pakistan which have the benefit of being home to a huge English speaking population are making it difficult for Singapore to hold its title of being the financial capital of Asia. On the other hand, with the recent announcement by Bruc Bond to open its very own office in Singapore clearly shows that Singapore is the financial capital of Asia and that no other Asian nation can take its title.

Tips to Get Affordable Unsecured Loans 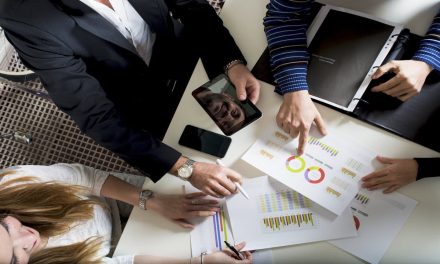 Loans business funding: Is It most suitable for one’s venture?