Nepal is one of the most beautiful countries for trekking journeys. Natural and cultural experiences in the country are quite spectacular affairs. Being relatively cheap and affordable as well, Nepal can be visited at any time of the year for various trekking journeys. The country certainly does not lack in destinations that are marvelous for trekking and hiking experiences. Furthermore, Nepal is also known as “the Land of the Himalayas”. There are wide ranges of Himalayas that lie within the country or are located on the borders of Nepal. Among the ten tallest mountains in the world, eight of them lie in Nepal, including Mount Everest- the tallest mountain peak on the planet.

Moreover, Nepal is also a multiethnic and a multi-cultural country. It is occupied by many different ethnic groups that are dispersed at various places all over Nepal. Trekking here is an opportunity to experience new cultures and old traditions along with enjoying the natural and Himalayan sceneries as well. As such, there are many trekking in Nepal journeys that can be done that take place at different destinations throughout Nepal. Among all of them, here are the top 5 best treks to do in Nepal:

The Everest Base Camp Trek is the most popular trekking experience not only in Nepal, but the world. People from many different places visit Nepal to do this wonderful trekking journey. It takes place in the Khumbu region of Nepal and the final highlighted destination of this journey is the base camp of the world’s tallest mountain peak. Since the Khumbu is a prime Sherpa settlement of Nepal, the journey is riddled with the chance of experiencing unique Sherpa culture and practices.

There are many highlights to this trip as well. For example, the journey takes the trekkers through ethnic Sherpa mountain villages and towns like Namche Bazaar, the Tengboche village, the summer valley of Dingboche and Phakding among many others. Throughout the journey, the trail is blessed with the distant views and sights of mountain peaks like Everest, Lhotse, Nuptse, Ama Dablam and Tawache among many more. Other highlights of the trek also include a visit to the famous vantage point of Kalapatthar from where the entire panorama of the Mount Everest massif can be seen.

It is a moderate trekking journey that can be done by all people. No previous trekking experience is required to do this. Some physical preparation for the trip can be helpful though. The best time to do the trek would be the spring and the autumn seasons. Spring lasts from March to May and autumn lasts from September to December.

The Annapurna Base Camp Trek takes place in the Annapurna region of Nepal. It is considered as one of the most beautiful and easy trekking journeys among all. The major highlights of this trekking journey include the Magar and Gurung villages along the way to the base camp of Mount Annapurna. It usually starts from the lake-side city of Pokhara and goes through ethnic villages like Ghorepani, Dovan, Deurali and Tadapani. Other major features of the trek include the naturally occurring hot spring at Jhinu and the vantage point of Poon Hill. Poon Hill is quite famous in the region as the most spectacular view point from where the entire panorama of the Mount Annapurna massif can be seen from.

Trekkers usually visit Poon Hill before dawn early in the morning to witness a breath-taking sunrise from amidst the Annapurna Mountains. Throughout the trekking journey, the views and sights of mountain peaks like the Annapurna massif, Gangapurna, Mount Dhaulagiri, Machhapuchhre and many others grace the skyline. Blended with the beauty of the Himalayan landscape of the region, it truly is a journey that does not hold back when it comes to sublimity.

Moreover, the Annapurna Base Camp Trek is considered among the easier trekking journeys as well. The terrain in the region isn’t as difficult for trekking. Due to the region’s close proximity to Kathmandu as well, it can be done without major problems either. The gaping valleys and river villages make trekking in the Annapurna a tranquil and multicultural experience.

The Upper Mustang Trek takes place in the ancient and hidden region of Mustang. It was also known as the former Kingdom of Lo. The trek is the most distinct and different trekking journey from all the rest of the journeys of Nepal. The major difference of this journey is the landscape. Unlike the green rolling hills that are the staple characteristics of many other famous and prominent trekking journeys, Upper Mustang Trek instead presents desert-like landscape that looks like it’s not even in the same planet. The region is riddled with some of the most amazing and spectacular rock formations on Earth. The corroded bone-white hills and cliffs of the region makes for a trekking journey that makes you feel like you have travelled back in time to hundreds of years.

The region is also home of the Tibetan Buddhist people who still practice the age-old tradition of Tibetan Buddhism in its finest and most-unsullied form. The trekking trails coruscate among many age-old traditional villages and visits to many amazing Gompas and monasteries. The view of the Dhaulagiri and the Annapurna mountains are also quite spectacular. They contrast magnificently against the brown terrain of Mustang. Highlights of this trekking journey include mysterious sky-caves that were discovered recently on the dug-out cliffs high above the ground and many old spiritual Buddhist monasteries. It is also one of the last places to experience the Tibetan Buddhism culture on the planet.

The Upper Mustang Trek can be done in the summer as well, unlike many other trekking journeys where summer generally isn’t a recommended season for trekking. Since Upper Mustang lies in the rain-shadow zone of the Annapurna and the Dhaulagiri Mountains, it experiences very less rainfall.

The Langtang Valley lies close to the borders of Tibet and is also known as “the Valley of Glaciers”. It is a beautiful and a relatively less-crowded trekking journey. Highlights of this trek include the amazing Langtang Himalayan range, the Kyanjin Gompa, the famous Cheese factory and many refined ethnic villages occupied by indigenous people. The landscape of the Langtang Valley is quite peaceful and winsome. The Langtang National Park is also included in the journey. It is a great chance to experience the Langtang Valley’s diverse floral and faunal aspects.

The views of mountain peaks like Mount Langtang Lirung, the Ganesh Himal, the Tserko RI, the Kyanjin RI, the Dorje Lakpa and many more all ornament the trekking trail. The villages are mostly occupied by Tamang people and the trek provides the best opportunity to experience Tamang culture and old heritages like the Kyanjin Gompa. Places like Syabru Bensi and the Chorkari RI are also included in the journey.

The Manaslu Circuit Trek was once a secluded trekking journey as there was a considerable lack of tea houses along the trekking trails. Because of this, this trek was mainly done by travelers who loved camping out in the wilderness. But now, as the tea houses are built in abundance, it has been gaining more attention by travelers and adventurers.

The areas around the Manaslu Region have yet to touch upon modernization. As a result, many of the areas and settlements along the Manaslu Circuit Trek offers isolated acreages which give off the feeling of solitude. It is a relatively off-beaten trekking trail. Lack of modern infrastructure in the region has resulted in most of the ancient traditions and customs of the people being preserved. Trekking along the settlements and villages in the Manaslu Circuit Trek lets you experience the cultures, customs and rituals of the people. It was opened in the year 1992, and quickly grew in popularity because of its captivating natural quintessence, gorgeous views of the mountains and the dainty villages in the region.

There are many more trekking journeys that can be done in Nepal. Trekking in Nepal presents many opportunities and options for different trekking, hiking, expeditions and adventure activities. Both leisure cultural tours and adventurous trekking can be done in the country at any time of the year. This makes Nepal a perfect destination for holidays or vacations! 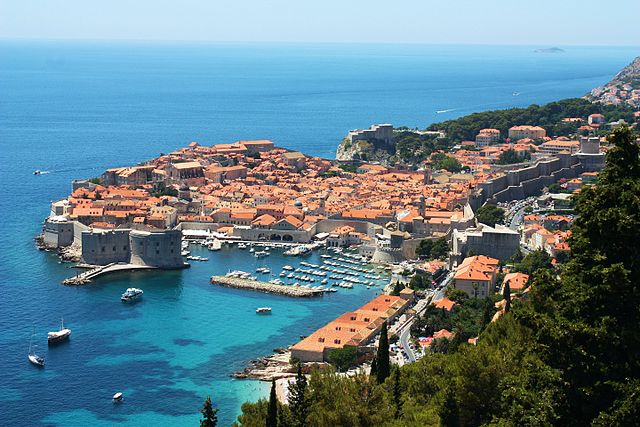 Explore the world and improve your skills 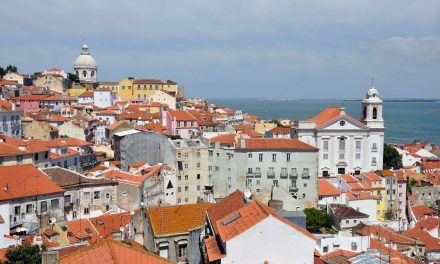