The Probability of Flipping 10 Heads or Tails in a Row- A Review of Allheadsortails.com

Are you confused between two options? Do you need help making a decision? How do you make a decision? Of course, like everyone else, when we are confused or can’t make a decision, we leave everything to destiny and flip a coin. This practice is used widely, and some people even take major decisions by flipping a coin. Just like Rock-paper-scissors, it is an unbiased ultimate decision maker. Many people use it for settling disputes and bets.

However, flipping a coin is game of probability. How many times do you think you can get heads 10 times in a row. How do you calculate the probability? Don’t worry, we here are to help you. This post outlines the best solution for calculating the probability of flipping 10 heads or tails in a row.

Before you move on to it, you must know all about coin flipping. Have a look!

The history of the coin flipping can be traced back to Roman times. Back then, this practice was called Navia aut Caput, meaning “Ship or Head”. According to them, they believed it was a way to express the divine will.

This practice had different names; in Peru, it is referred to as Cara o Sello, meaning “Face or Seal”. The Brits called it “Cross and Pile”.

Nonetheless, some historians believe that this game was started in Ancient Greece. During that time, metal coins were not available. So, boys used to cover a side of the shell with the help of black pitch while the other side is white.

Uses of the Flip Coin

The most common use of a coin flip is in use sports. It has also been used to resolve conflicts of both sizes, large and small. Take a look at some examples of conflict resolution using the coin flipping.

In 1903, Orville and Wilbur Wright use a coin to decide who will test the airplane first. Wilbur won the toss and on December 14, he was going to make history. However, the airplane stalled and was unable to fly it. A few days later, Orville flew the airplane and was the first person to fly the airplane.

Another example of coin flipping was deciding the name of Portland. This place got its name after a best out of the three-coin flip match. The two natives of New England, Francis Pettygrove (from Portland, Maine) and Pioneers Asa Lovejoy (Boston), wanted to name the 640-acre locale after their hometowns.

Through the coin flip, the Pettygrove won two of the friendly matches of best of three. In 1849, the city of Portland was incorporated. The coin was minted in 1835; now, it is called as Portland Penny. You can view it at the Oregon Historical Society Museum.

Determining the Owner of a Horse

Additionally, with the help of a coin flip, the owner of Secretariat was decided. In 1969, the 4-years old horse found its way to the Triple Crown. Ogden Phipps of Wheatley Stable and Penny Chenery of Meadow Stable used a coin to decide who will be first to pick the foals sired by racehorse Bold Ruler.

Phipps won the toss and chose a mare, Hasty Matelda and a filly born. Chenery was left with the unborn foal of Bold Ruler. The foal was named Secretariat when it turned 2 years old. The foal won the Triple Crown at the age of three. The foal had a heart 4 times bigger than the normal size of a horse.

Throughout history, the practice of coin flipping has been used to decide a lot of things. Nowadays, it is mostly used in sports.

In football, with the help of coin toss, which team will start with the ball is determined. The flipping coin has been part of professional football since 1892. The coin flip has gone through many changes. From 1892 to 1920, the captain of the football team managed the coin flip. In 1921, the referee flipped the coin. In 1947, the coin flipping was held 30 minutes before the beginning of the game.

In cricket, the coin toss is used to decide which team will go for batting. There is a game in New Zealand, Big Wednesday. In this game, a coin is flipped, and the party will have to call heads or tails. When the coin lands, that party is winner whose chosen side is up.

Coin flipping has been used to decide bigger issues as well. In the UK, two candidates got the same number of votes. To decide who won, a coin was flipped.

In Georgia, the cops decided the fate of a woman by flipping a coin. The Roswell police officers flipped a coin to determine the fate Sarah Webb in between traffic stop. One of the officers stopped her and asked if she knew at what speed she was driving. She said that she was getting late for work. The officer Courtney Brown said that she should hand over the keys. Officer Brown asked fellow officers whether Sarah should be detained or not.

The Officers did not have the speed detection device, but the other officer said that the body camera recorded the speed. Then, the officers used a coin flip app to decide whether to arrest her not. The final decision was to arrest her as she was driving recklessly. After the revelation of this decision-making tactic, the case against Sarah was dismissed and both the officers involved were sent on paid administrative leave and an internal investigation was started.

What Does Probability Tell You?

You need to keep these things on mind. The probability will not inform you about what will happen. It will only tell what might happen. It is not unlikely that when you can’t get 10 times heads or tails in a row. The tosses are called independent events.

How Do You Calculate the Probability of Getting 10 Heads or Tails in a Row?

However, calculating the probability is not easy and not everyone is capable of it. The best solution is Allheadsortails.com. This is an amazing website that will help calculate the probability within seconds.

Why Allheadsorails.com is the Best Choice?

There are various benefits of using this website. Here are some of the most compelling reasons.

Using this website is easy and simple to use. All you have to do is select the sequence you want, heads or tails. Then, you have to choose the sequence length. The flip generator will calculate the probability. The displayed result will tell you the total number of the coins flipped and the longest sequence. It will even inform you about heads and tails flipped.

If you manually calculate the possibility, it will take a lot of time and effort. To make the process efficient, you can use the flip generator and get the probabilities quickly.

This generator is great for calculating the probability as it will provide precise and accurate results. There will be no chance of an error as the algorithm is updated regularly for better results.

Therefore, coin flipping is a great way to resolve conflicts and made decision-making easy and quick. Whether you want to decide a small matter like what to wear to a party or something big like naming a city, flipping a coin is a perfect way. When it comes to the probability of deciding 10 heads or tails in a row, you will need a flip generator. Allheadsortails.com provides a wonderful opportunity for calculating the probability of flipping heads and tails. Since it is easy to use, it is perfect for all ages. 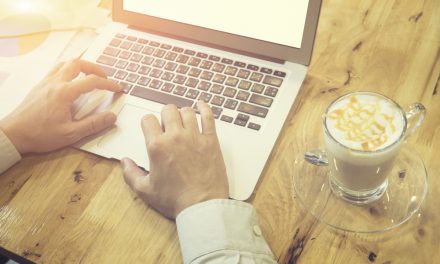 Things to Consider when Choosing the Best URL Shortener to Earn 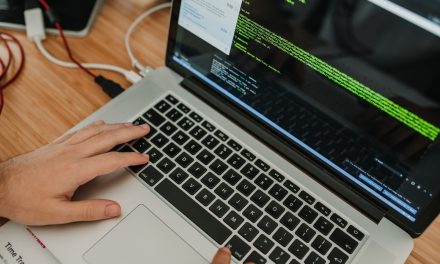 Backend vs Frontend – what is more important?