Why Some Drugs Have Higher Rates Of Addiction Compared To Others

Have you ever wondered why some drugs seem to have higher rates of addiction compared to others?

One of the many questions that go around about drugs is people wondering about the drugs that are more addictive than others. It is not a secret that certain drugs have a high addiction rate, but it is important to note that the answer is also not as straightforward as one may think.

The issue of addiction on a general level is not set in stone, as different drugs will hold different experiences for different people. Adding on to that, there is a lot of misinformation and grey areas when it comes to knowing whether someone has an addiction disorder, and even the word itself – addiction – has many misconceptions surrounding it.

Why is this an unclear area?

Even though many medical and addiction experts will agree on the fact that there is both a psychological and physical aspect to addiction, they will also agree that various factors will contribute to the rate that a person becomes an addict – including their stress levels, attitudes about drug use, satisfaction with their lives, and even the presence or absence of other mental conditions.

In addition, someone might become an addict of the most unexpected substances, which are not physically addictive, just because they have formed an emotional attachment to the substance and its associated intoxicants.

Signs that a person is addicted to a drug

Despite the vague nature of defining addiction, there are five categories that addiction experts agree to be the classic hallmark of addiction potential. They are:

This will depend on severalfactors, including the rate of relapses, all self-reports about the need of the drug from various users, the number of people that become addicts of the drug in proportion to the number of casual users, the difficulties of quitting, and the extent of abusing the drug despite prior knowledge of its harmful effects.

All drug use can lead to tolerance, even for the case of medical drugs. This is a state of your body becoming used to the effects, such that you gradually need more amounts of hat drug for it to remain effective.

This principle uses the basis of how much of the drug you need for you to achieve the desired effects over time. If you have a high tolerance rate, that means that your brain does not feel the effects as quickly as it might be for others, and that also means your addiction potential is low.

This is the desire you might get to repeat the behavior in future. If you take a certain drug and experience an intense high, chances are high you will want to go through it again. That increases your chances of addiction, and this behavior becomes compulsive.

The aftermath of taking a drug or substance is painful and uncomfortable, and it is a guarantee whether you have consumed a drug for a long time or whether you are starting out. However, if you though more severe symptoms encourage someone to quit, that is not the case.

In fact, the greater the intensity of withdrawal symptoms, the more likely the person is to become addicted. This is because their bodies cannot function without the substance in their system, so they feel they have to take it again. On the other hand though, the intensity of these symptoms can be a deterrent to consuming the drug again, especially in the case of narcotic drugs.

This is a measurement of how high people get on the drug. The higher it is, he greater your chances of getting addicted.

The phenomenon of involuntary addiction

The recent surges of opioid drug supplies have led to the phenomenon of involuntary addiction. These include prescription drugs as well, including Vicodin, Percocet, Fentanyl and Oxycodone, just to name a few. These are all very effective at managing pain, but they also lead to spikes in dopamine levels – and that pleasurable feeling associated with them is part of the reason why they are addictive.

Many people start off taking them, not for pleasure, but to manage conditions such as chronic pain, often times because of the recommendation from their doctors.They soon realize that the relief they experience is a temporary relief in pain, and they soon want more of it.

However, the passing of time reveals their increasing interest in getting more doses of the drug, and they begin to developtolerance to it. The more they take the drug, the less effective it gets, and the greater the amounts of dopamine in their brain. As the pain they are experiencing reduces, they want to take more of the drug.

The result of the drug consumption is a ‘hyper reactive system’, one that wants more quantities. In this state, the want is very sensitive, and they experience an intense level of cravings when they see the drug or when similar drugs surround them – messaging, adverts, even seeing the drugs themselves. The cues can include stress, paraphernalia like syringes, specific places, and even specific people as well. These cues present the biggest challenge to an addict when they are trying to get or stay sober.

If the changes in the brain are not permanent, they are definitely long-lasting, certain people might even be more likely to go through these drastic changes. In fact, certain genetic factors might predispose an individual to drug addiction risks, which might explain high rates of addiction in families with a history of drug abuse. Other factors can also contribute to the problem, such as undergoing abuse or childhood adversities.

Addiction is a tricky topic to handle, as not everyone understands what it is or how it develops, much less being able to tell whether someone is an addict. However, it is important to understand the nature of addiction itself, so that one is able to know if someone is addicted or not, regardless of whether it is accidental or deliberate addiction. 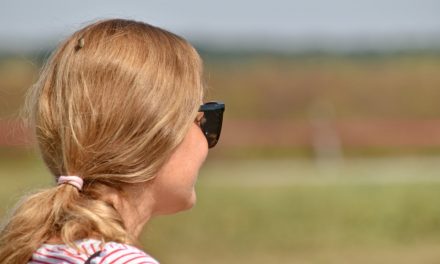