Despite the fact that every one of us is different, addicts tend to behave according to a pattern. It doesn’t matter if the alcoholic is young, old, employed, or retired. He or she will, at one point in their addiction, try to hide their drinking problem from family and friends.

People dislike alcoholics in general, and nobody wants to bear that stigma. So alcoholics will try their best to hide their addiction, especially from those closest to them. And one of the ways alcoholics manage to do that is by drinking before coming home. Some men indeed face the issue where their spouse drinks before coming home.

You might be wondering how coming home smelling like booze or being outright drunk would be an effective way of hiding your addiction. Well, let’s agree that alcoholics are not the sharpest tools in the box, and leave it at that. This behavior might not make sense for any sober person, but it surely does for an addict. Nobody saw me drinking, so no one will know, right?!

Why Alcoholics Hide Their Drinking

Alcoholics hide their drinking because they’re ashamed of their weakness. If they drink before coming home on a regular basis, they are aware they have a drinking problem. Most alcoholics suspect they have a drinking problem long before the problem starts interfering with their lives. They suspect, but they don’t do anything to help themselves. Even though they know their drinking is getting problematic, they believe they could stop anytime they wanted.

So, when drinking becomes an urge rather than a choice, alcoholics hide. They start drinking when nobody is watching. When the family members or friends confront them, alcoholics will usually lie about the amount of alcohol they consumed. Their drinking habit increased their tolerance for alcohol, so they have to drink a lot to get buzzed or drunk. But alcoholics are aware other people drink less, so they will lie about how much they drink whenever they can.

An alcoholic might consume an entire bottle of liquor before coming home, and say he or she drank only a glass. Alcoholics have a habit of lying, so they will spin the wildest tales to distract those around them from their drinking problem. When they are confronted, they will outright denounce drinking and make something up only to escape the discussion.

Why Drinking Before Coming Home Is Problematic

Loved ones have a habit of knowing when we’re sober or not. People who know you are aware that you’re giddier when you’ve had a few, or that you slur your “R”-s after two beers. Even though your breath might not smell like booze any longer, your behavior is that of a drunk person, so those around you will figure it out.

But the fact that those around you know you’re drunk is not your real problem. Drinking before coming home is problematic because:

Alcohol lowers our inhibitions, so drunkards are prone to making bad decisions. And the worst part is, you don’t even have to be drunk to make stupid decisions. Drinking only a glass or two of alcohol might be enough. You might not even be buzzed, but the alcohol in your system impairs your decision-making process.

Our entire lives are the sum of our decisions, good or bad. And you might have noticed that even the smallest decisions might change our lives in a definitive manner. So being sober and weighing every decision before making it might improve your life considerably.

Alcohol slows down your reflexes and muscle reaction times. A study conducted in 2015 by the NHAMCS shows that unintentional injuries accounted for 30.8 million emergency department visits in that year alone.

Since alcohol slows down your reflexes and muscle reaction times, you might not be able to avoid a household accident you could have prevented if you would have been sober.

Children are great at imitating. Kids actually start talking because they want to behave like the adults around them. So when your kids see you’re intoxicated, they might want to emulate that behavior. Even though you might believe your children are too young to register your behavior, having a drunkard parent is something your kids might have to carry around for the rest of their lives.

So, you have to ask yourself, is your addiction to booze worth it?

How To Handle Your Spouse’s Drinking

If your spouse has a habit of drinking before coming home, he or she might already be an alcohol addict. You should confront your spouse and have an honest conversation about his or her drinking. Be honest and firm, but not too aggressive. Alcoholics have a tendency to deviate the discussion if they feel threatened, so having making a list and following it in your discussion might help.

If you’ve tried confronting your husband or wife about their drinking without success, you could organize an intervention. Interventions are so popular because they work for most people. Invite your spouse’s coworkers, friends, and family members to participate. Make sure everyone knows they’re there for a purpose, and do not let the discussion deviate towards other subjects.

Alcoholism is a disease, but it’s a curable one. Do not be discouraged if your spouse fails on his or her first attempt at sobriety. Most people do. If your spouse relapses, the best thing you can do is staying by their side and encourage them through the next attempt.

Check out the rest of the articles in this series if you want to learn what happens in the mind of an alcoholic. In the next article, we’re going to talk about spouses who drink in the morning.

Morning Or Evening Fitness: Which Time Is The Best?

Common Type of Back Injury Compensation 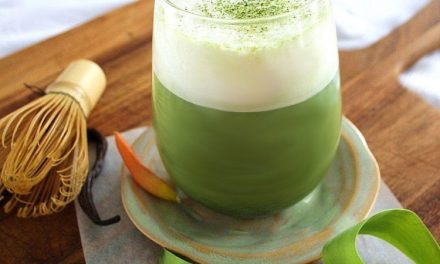 How To Cope With Anxiety In 10 Simple Steps