The Benefits of Installing Car Dash Cameras into Vehicles

Car dash cameras have become extremely popular in recent times. They are fitted to the vehicle and are used for recording whatever goes on the road ahead and behind. One can save a section of the footage if needed. These cameras tend to be ideally positioned to capture everything that goes on in front of the vehicle and behind it.

If you are afraid of getting involved in a car crash or accident and want to ensure that you do not end up paying increased insurance costs, it makes sense to install car dash cameras into your vehicle. They are connected to the windscreen’s dashboard to capture forwards and backwards footage at the same time. The SD card of the front camera keeps a record of the video. The two cameras are connected via a cable that is connected to the vehicle.

There are all types of front and rear dash camera systems these days. Some of them even allow you to wirelessly connect the cameras to your phone. They provide you with a near-360 degree view of the car wherever you may be. Thus, such camera systems can prove useful in case your vehicle gets hit or vandalized where parked. Most of them tend to have a long battery life and GPS sensors. If you are considering installing car dash cameras into your vehicle, the following benefits will help convince you to proceed with your decision.

Generally when we think about car dash cameras, we think about access to invaluable footage. However, we tend to overlook the benefit of that footage. Despite the fact that insurance companies across the United States do not offer a discount if you have a dash cam installed in your car, it can still prove advantageous to install it.

According to Joel Kofsky, a Philadelphia based Car Accident Lawyer who has 20 years of experience dealing with injury claims, having a dash cam installed can help provide evidence of fault in an accident, helping your claim and may also reduce the chance of increased insurance costs in the future. No matter what story you tell the insurance company, chances are that you might end up not getting heard. However, on the other hand, if you have video evidence of the accident, you can easily demonstrate that it was not your fault. Thus, a car dash system would help you prevent insurance rates from rising unnecessarily.

The main reason why car dash cameras have become so popular is because they help expedite the claim. Video evidence is extremely powerful. It convinces the company and supports your car insurance claim. Besides, the insurance company has an easier time relying on the video evidence created by the dash cam. Thus, the claim would be processed in record time.

The footage also minimizes the need for the insurance company and you to have a lengthy discussion regarding the accident and who was at fault. Since the dash cam footage provides an exact representation of what happened, it is a more reliable than eyewitness accounts. The liability can be determined by the insurance company in an expedited manner.

Insurance fraud continues to affect insurance companies every year. It is a crime that still occurs despite the strict legislature against it. It is common for individuals to engage in a deceitful act with an aim to disguise it as a legitimate accident.

There are some drivers that deliberately cause accidents and come up with a lie that it was an accident in an attempt to receive money from their auto insurance company. But, their false claims are the reason why insurance rates have gone up over the years.

However, with the help of video evidence provided by the dash cam, the insurance company can rely on the footage to ensure that fraudulent incidents are not just captured but also reported to relevant authorities. Hence, there would be fewer false claims in the insurance system. This would help prevent the cost of insurance rates from increasing.

Although insurance companies or the police might disregard your testimony, dash cams are considered to be the most accurate eyewitness. Dash cams are still relatively new. The data concerning their use is somewhat limited. However, there is no denying that insurance companies and the police rely on the evidence to a great extent, especially when determining the liability.

Having video evidence of the event goes a long way. Dash cameras provide valuable evidence in case an accident occurs. Since most drivers and witnesses tend to offer a different description and have a different memory of the event, a video can be used as the most accurate eyewitness. The video will help you from getting involved in something that you are responsible for. Generally, the cameras begin recording as soon as you start the car. But, you can leave them switched on to ensure that you have evidence if an accident occurs while you are away.

If a car accident occurs and you are involved, you can rely on the video footage to prove that you are innocent, should the case head to trial. Thus, it helps ensure that the other party is held responsible for its actions and that you do end up getting held responsible for something that you did not do. You can even get the other party to pay for your car repairs with the help of the video footage. It is common for guilty drivers to put the blame on victims. Hence, a car dash camera is an invaluable investment that will help you when you need it the most. The video will be the most efficient proof that will help you defend yourself.

Most advanced car dash cameras operate similar to a car alarm. The camera switches on whenever any motion is detected around the vehicle. Thus, if anyone attempts to break into your car or crashes into it, it would be recorded. You can use the footage to identify the individual or car responsible for the accident and seek justice. Even if you are unable to find the person involved, the insurance company would use the footage for determining how the car got damaged.

As a parent, it can be worrisome when your child takes the car for a drive, especially if they fail to seek your permission. But, there comes a day when you have to lend your car to your child. You are bound to be concerned and would want to know that if they are a responsible driver or not. When you install a car dash camera system, you get to keep an eye on how your child drives in the most effective way possible.

Besides, most dash cams tend to come with a GPS feature which allows you to keep a track of your child’s whereabouts. Knowing the live location of your child will help relieve you of unwanted stress. You can learn about the places that your teen visits throughout the day. At the same time, you will also know about any unexpected passenger. Monitor your child by installing car dash cameras into your vehicle.

Businesses can benefit greatly from dash cameras as they offer an effective way to monitor vehicles. With these cameras, one can know where each vehicle is, who is driving it, and who is sitting in the vehicle. It can prove extremely useful if the business has a strict no smartphone while driving policy.

With a dash cam, you get to capture unexpected events. That is the beauty of these cameras. They capture every unexpected incident possible while you are driving such as a burglary, a car accident, a serious crime, or even a tree falling down. You can rely on the video footage to prove to the insurance company that you were actually involved in an unexpected event.

Being an expert driver is a crucial skill. To help you correct your driving mistakes, you can rely on the video footage provided by the car dash camera. It allows you to review your driving footage so that you can know exactly what you are doing wrong. Whether you are braking too hard or switching lanes abruptly, the car dash camera will tell you the hard truth as it is. There are many different models in the market that you can buy. Each model offers a wide range of features. Hence, you should make sure that the camera you choose has the desired features.

When you install car dash cameras into your vehicle, you can use the video as evidence to report undisciplined drivers. We all tend to have an encounter with a bad driver. Thus, you can put an end to their bad behaviour by reporting it to the relevant authorities. When you have video footage, the police will take you more seriously. It is about time that you taught irresponsible and reckless drivers a lesson. There is no need to let them continue putting innocent passengers in danger.

It can be daunting to report bad behaviour. But, with the help of video proof, you can get the police to take prompt action. Thus, you no longer have to sit down and let someone ruin your day. You can get back at them with the help of a car dash camera system.

In the United States, there is a special program that is dedicated to reporting bad drivers. The main purpose of the program is to make roads safer. If you do not report bad drivers, you are part of the problem. Fight back by taking advantage of car dash cameras.

With the help of car dash cameras, you can limit fuel consumption and ensure that nobody drives without any apparent reason. The dash cam is also the perfect choice if you tend to lend your car to others. You could also use the cameras to monitor what your local mechanic does with your car.

On the other hand, if you have a teen and want to teach them how to drive without being too much of a burden, you can simply use the cameras to help your teen out.

Living in the United States is one of the best things as it allows us with the opportunity to drive cross country. If you like going on road trips from the East Coast to the West Coast and vice-versa, you can utilize the recording feature of the car dash cameras to record the entire road trip. Record the beauty of America. Whether you are driving from Utah to Washington or California to Maine, you can now record your entire journey and watch it whenever nostalgia kicks in. Moreover, if you are a creative, you can even transform the video into a work of art. There are plenty of useful features that you can use to produce the best video.

Car dash cameras are a great investment. They are cost-effective and tend to offer a ton of benefits as mentioned in this post. Make sure to get a high-quality dash camera for the best results. 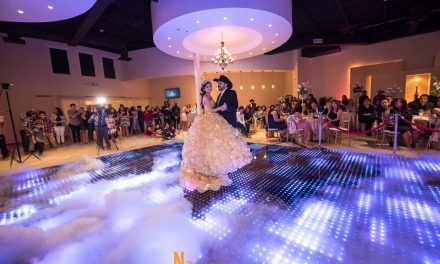 How to Keep Your LED Dance Floor Packed All Night Long 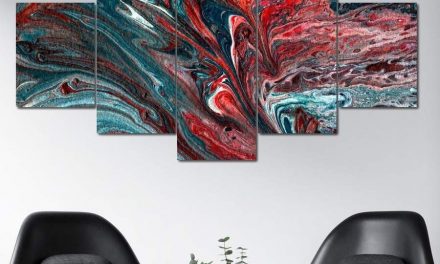 Liven Up Your Home With Mesmerizing Wall Art 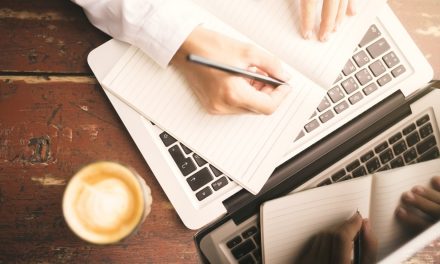 Why Online Casinos are preferred over Traditional Casinos