The Rising Popularity Of SoundCloud

SoundCloud has made a name for itself ever since it was first introduced. The platform is used by music artists and rappers. SoundCloud is quite unique from Spotify and Apple Music. It has experienced rising popularity in 2019. More and more people have started to use SoundCloud than ever before. However, it has managed to bag 50 million subscribers who regularly pay to use the services. Whereas, on the other hand, Apple Music has about 20 million users. SoundCloud is not as popular as Spotify or Apple Music, but it has carved a unique niche of its own.

About 175 million people use SoundCloud regularly every month which is impressive. It has managed to market itself as a niche for artists and rappers looking for an alternative platform to promote their music. SoundCloud is working towards creating its own market and it has managed to somewhat succeed in doing so. From its beginning days, SoundCloud attracted independent rappers and artists to use the platform.

Unlike other music apps, SoundCloud allows you to browse offline. Listen to songs that you listened to in the past or on your SoundCloud profile without an internet connection. Besides, you can create a perfect music playlist and listen to it when you do not have internet. SoundCloud provides maximum convenience so that you can continue listening to music that you love. With offline browsing, you can always listen to music. All you need is an electronic device such a smartphone or tablet.

If you are an artist or someone wanting to give your hand at music, then you will find SoundCloud to be a great option. It is independent and you have complete control over your content SoundCloud’s independent nature has led to a unique music culture being created around hip-hop and other forms of music. There are some influencers who even use SoundCloud to post podcasts.

No Barriers To Entry For Artists & Rappers

Anyone can become famous on SoundCloud. There are no barriers to entry for artists and rappers alike. This means that you have an equal opportunity to make it big in the world of music using SoundCloud.

Moreover, you can even have a fan following on SoundCloud who will support you from the beginning of your music career. Furthermore, there are options to promote your music as well through scsuperfans. Artists have greater control over their music on the platform. It is popular among millennials and the Gen Z. Artists do not have to worry about any gatekeepers from holding them back. There is even a term known as SoundCloud rapper which has become common. Over time, there have been many successful DIY artists that have used  SoundCloud as a platform to launch their career. For instance, Chance The Rapper had used SoundCloud to released his first two mix-tapes, Acid Rap and 10 Days.

In search of a buyer, SoundCloud is a Berlin-based company that is facing financial woes. SoundCloud requires capital to invest in creating a more innovative service that is able to compete with other major players in the market. But, the platform has not managed to bag an interested investor as of yet. As compared to the initial $700 million valuation, SoundCloud has experienced a decline in its value. There are three main pressures that the company is facing. These include the need to grow past a set threshold despite the saturated market, management of investor’s expectations, and having to pay off about 70 percent of the revenue towards license holders of content. It is due to these reasons that SoundCloud has not become the next Instagram for music.

The truth is that the music streaming industry has only started to take off. There is a lot of development in a short amount of time which is why SoundCloud has to continuously upgrade itself if it wishes to remain in the market. But, keep in mind that its main competitors which include TIDAL, Spotify, or Pandora are also not profitable. This means that SoundCloud needs to offer something innovative to take advantage of the current situation of the market.

Chance the Rapper is an example of someone who has advocated for SoundCloud. This has allowed for loyalty for the company to be boosted considerably. SoundCloud generated goodwill for the sponsorship. This has led to additional opportunities being created for increasing revenue. SoundCloud needs to invest more on creating unique content such as Apple Music which regularly hosts artists and celebrity DJs to promote its service and it has proven to be effective. The best way to attract users is by posting authentic content and creating an addictive experience for users.

The future for SoundCloud offers tremendous opportunity. As the music streaming industry is only taking off. There are still many ways through which SoundCloud can generate revenue. It needs to create a strategy that takes its investors and users into account. However, Intellectual Property Laws still have a long way to go in order for platforms such as SoundCloud to succeed. 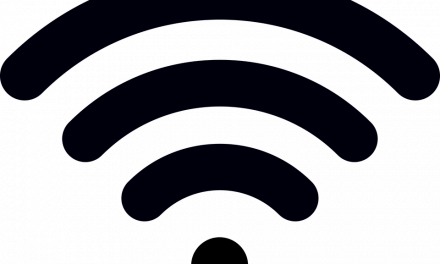 How to Change WiFi Password on your Home Router