In order to start to plan for the perfect 1930’s theme party, you’ll first need to do some research to discover just what about the 1930’s your party will be about. For instance, will it be about Hollywood, or will it center on the speakeasy’s and Prohibition. Perhaps you would like guests to dress as their favorite star from the 1930’s, or perhaps have your party center around a famous book or film made in the 1930s, such as a Busby Berkley or Fred and Ginger musical. As you can see, there are plenty of ideas to go around. What you have to do is to center on just what it was about that era you wish to create and follow a to do list.
Location

As far as location, you can hold it in your home, or look for a venue such as a theater renting a neighborhood bar, or ballroom. If children are invited to the party, you may also consider places such as parks and playgrounds like Uptown Jungle. If you are having a 1930’s themed party based on Prohibition, then consider having it be a ‘secret’ place, where they must find the location, and no one gets admitted unless they know the password.

As you and your guests are going to dress the part, they need a 1930’s environment to socialize in, and that means props and decor. Props are a big part of your party, so, where do you find them? 1930 themed props can be found at most prop-for-hire companies. Many of these companies simply rent out the props to anyone who needs them for a fee. Another place you might consider is to visit a Salvation Army thrift store. A select number of these stores actually have an antique area, which is just packed full of items from various decades, and very economically priced as well. These thrift stores also have vintage clothing, jewelry and yards of gorgeous, vintage draperies at prices most can easily afford. Finally, you’ll also find some great buys on 1930 themed props on eBay and Etsy.

Another idea is to take some images of Hollywood stars, sports favorites or other famous individuals to Kinkos, have them blown up so they are life size, and place them around the room. Also, consider doing the same with old Hollywood movie posters, and hang a few around the room. if they are framed in simple poster frames, consider giving them away as gifts during party games.

If expense is little or no object, you may consider hiring an impersonator or two. There are entertainment companies which deal with hiring out impersonators, such as Humphrey Bogart, James Cagney, or perhaps a comedy team, like Laurel and Hardy. Allow them to do their shtick for your guests and continue to mingle.

Games were a central point for many of the parties in the 1930’s. Card games like rummy, bridge and pinochle were fast favorites, as were stand-up games such as Charades. Board games were also booming in the 1930s, such as Monopoly, Sorry and Scrabble.

Keep in mind Prohibition, and how gambling was a part of the scene. You can set up a poker table very easily. But, did you know that you can also take advantage of Casino Party Rentals. Many of these companies also have prohibition themed casino party rentals. Don’t worry, you won’t get busted for gambling as the gaming tables brought to your venue are real, but no cash is exchanged. Instead it is usually prizes.

Speaking of games, have you thought of incorporating an escape room in your 1930’s party? Today, escape rooms are a welcome addition to many parties, so why not look into it. Escape rooms revolve around a theme and characters, and that is just perfect for a 1930’s themed party. For instance, say you were scheduling your 1930’s party for October, you could have the theme revolve around universal monsters of the 30’s such as Frankenstein, the Mummy, the Werewolf or Dracula. All of these films saw their emergence in the 1930’s and having an escape room modeled after one of them, might be a fabulous addition to your party.

Prohibition ended in 1933, but not before creating some delicious cocktails with rather creative names that reflected the times. Below is a list of some of the drinks made popular as a result of prohibition. As for dinner ideas, go no further than the Nero Wolfe Cookbook. This famous cookbook is still in print and all recipes are ideal for 1930’s cocktail parties.

Take some gin, add a bit of lime and some seltzer fizz and you have the Gin Rickey, made famous in F. Scott Fitzgerald’s ‘The Great Gatsby’. The cocktail had been around awhile, but gained fame during the 1930’s.

The French 75 was originally found in the book: The Savoy Cocktail Book. To make this one, take some champagne, lemon, gin and a splash or two of syrup.

To make the Sidecar, grab some Cognac, Cointreau and lemon juice. Supposedly, the origin for this drink is based on an army captain who enjoyed a ride in a sidecar on his way to the bar.

Mary Pickford was a lovely, famous A-lister of the 1930’s. Bartender Eddie Woelke created this drink in her honor. To make it take some white rum, grenadine, maraschino, and pineapple juice.

Music is a must for a party like this, and the perfect music was Swing. Swing was the popular music of the day, it was bright, buoyant and dance-able. So, create a playlist from the top swing bands of the day, such as Benny Goodman, Duke Ellington, Glenn Miller and Count Basie. Below is a sample play list of some real, hip Swing to get you started:

if you really want to get down and dirty with the real feel of the times, then have you and your guests learn a bit of original 1930’s slang. For instance, women were called babes, dames, dolls, and muffins. If one got excited, they ‘blew their wig’. Indeed, there are hundreds of fascinating slang terms which developed in the 30’s, many of which you can pick up by simply watching a film such as “Angels with Dirty Faces”, or “Public Enemy”.

There you have it, some hints on how to put together the perfect event. All in all, it seems a rather easy event to host. You may go the inexpensive route, and have the party in your home, with some basic games, colorful dress and decor, or you can also go the more expensive route, and hire a venue, celebrity impersonators, a 1930’s style casino rental, or create a 1930’s style escape room. Whichever way you choose to go, simply remember the first and foremost consideration: Enjoy yourself and have fun!

5 Things You Should Consider Before Choosing a Roofer in Denver 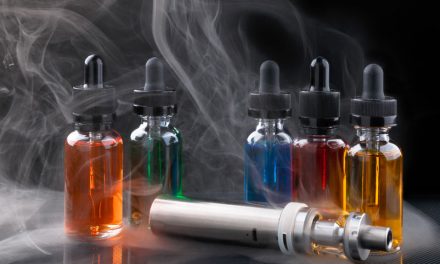 How Do VG and PG Affect Vape Juice? E-Liquid 101 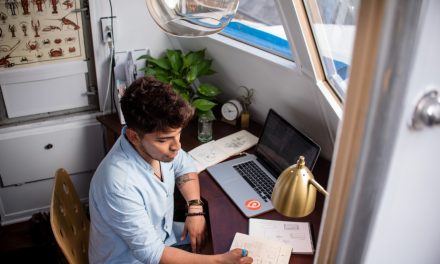 How to write better essays: Seven practical tips you can implement straight away