To do List after signing A bail bonds Agreement.

Stuffs happen, and things can go wrong even when unplanned, as friends and family can land into trouble. We may be their first contact of help. Either paying their bails in full or working in conjunction with a bail bondsman to get them released from custody.

Because most of the time, signing a bail bonds agreement and releasing an arrestee can be in an emergency as we want out our loved ones out of jail as quickly as possible, however this should not prevent us from reading between the lines. What are the pros, cons, responsibilities, duties that are expected from an indemnator. Indemnetor is the person that arranges for the bail and also c0-signs the bail bonds agreement.

Therefore it’s very important to read and understand the bail amount before you commit yourself. An indemnator is basically telling the law; he/she should be responsible if anything goes wrongs from the arrestee. So let’s dive in.

When a defendants get out of custody on bail. it’s expected he/she should attends specified court dates according to the magistrate. Under no circumstances should be slack not to allow the defendant misses the court dates, as a matter of fact, it’s your responsibility they attend those court meetings.

Be ready to pay additional fees if a court date is missed.

Maybe for any reason, your friends and family could not meet up for the slated date, you will be totally responsible to pay other fees that are meted out by the magistrates. This can also includes a sum of money paid to recovery agent by bail bonds companies.

Pay the full bail amount if defendants got missing

Things can go rocky and the defendants can get missing, as a defendant you are expected to stick with the rules, as you can not change your mind midway. You will be responsible to pay the full bail amount if the bail bonds company does not get to hire a recovery agent or the recovery not even successful. If a property is used as collateral it will be gotten and used to stand in gap for the bail amount.

Additionally, Be Ready to take full responsibility for the Defendants

As an indemnator, you are totally free your responsibilities mentioned as long the defendants shows up in all the scheduled court dates. After this is completed, you may not be financial obliged to stand in gap for your defendant. Except, probably paying for the bail bond fee. In any way the case is being settled you may still have to appear and bear some legal responsibility in completing the bail bonds agreement.

Due to the risk involved bail bondsman will usually take the time to explain how bail bonds works in a thorough manner. And likewise point out all their responsibility required by you.


Should in case, you’ve taken the decision to help someone close to you out, get across to the professional bail bonds agent near you. Want to know what a professional looks like? Talk to us at D Pros Bail Bonds.

10 quick and doable ways to get cheaper car insurance 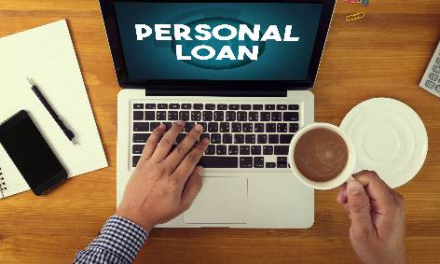 Why you should compare loans from multiple lenders

7 Ways to Get the Lowest Rates on Quick Loans