When Did Commercial Drones Come Out? 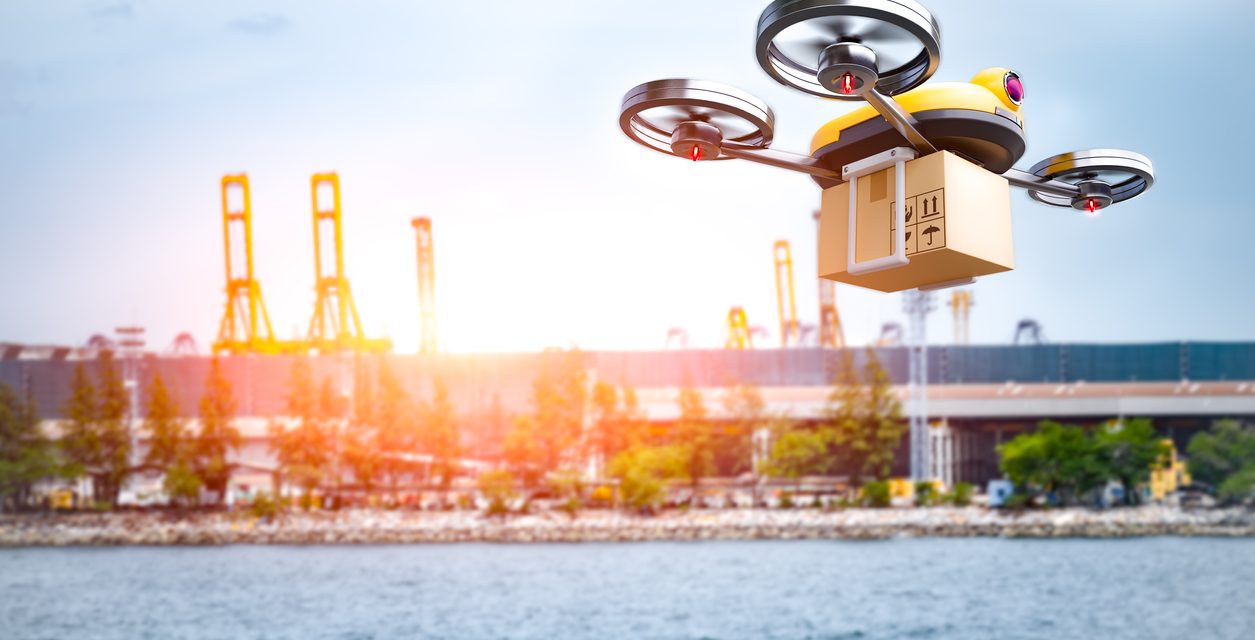 As a result, it is important to answer questions like “when did drones become commercially available” alongside the answer to our titular question. First, let’s take a look at the period where things really began to change for commercial drone services, which is likely much further back than you remember. Join FulcrumAir today to learn more about when these helpful devices began to see more popularity in the commercial industry.

How Commercial Drones Came to Be: A Brief History

Unmanned, “dumb” drones have a much longer history than we consciously think about. Some ancient battles involved floating balloons filled with explosives or hot tar over enemy cities or were used to send simple messages. Still, these were at best military drones and far removed from any commercial drone services.

Still, this all changed in the early 1900s. In fact, the spur towards commercialization of drones was still brought on by a militaristic incentive, namely the first world war. During this period of time, experiments were being performed to understand and use aerial projectiles to further advantage. Thus, the Kettering Bug was born.

The Kettering Bug was a rather simple device by today’s standards. It was a simple aerial torpedo that launched from the back of a vehicle and held an explosive payload. Once airborne, a timer would eventually expire, causing the missile to stop propelling itself forward and freefall towards its target. The biggest advancement in drone technology would barely see any real combat, however, as they were manufactured too late in the war effort, and few were actually deployed. 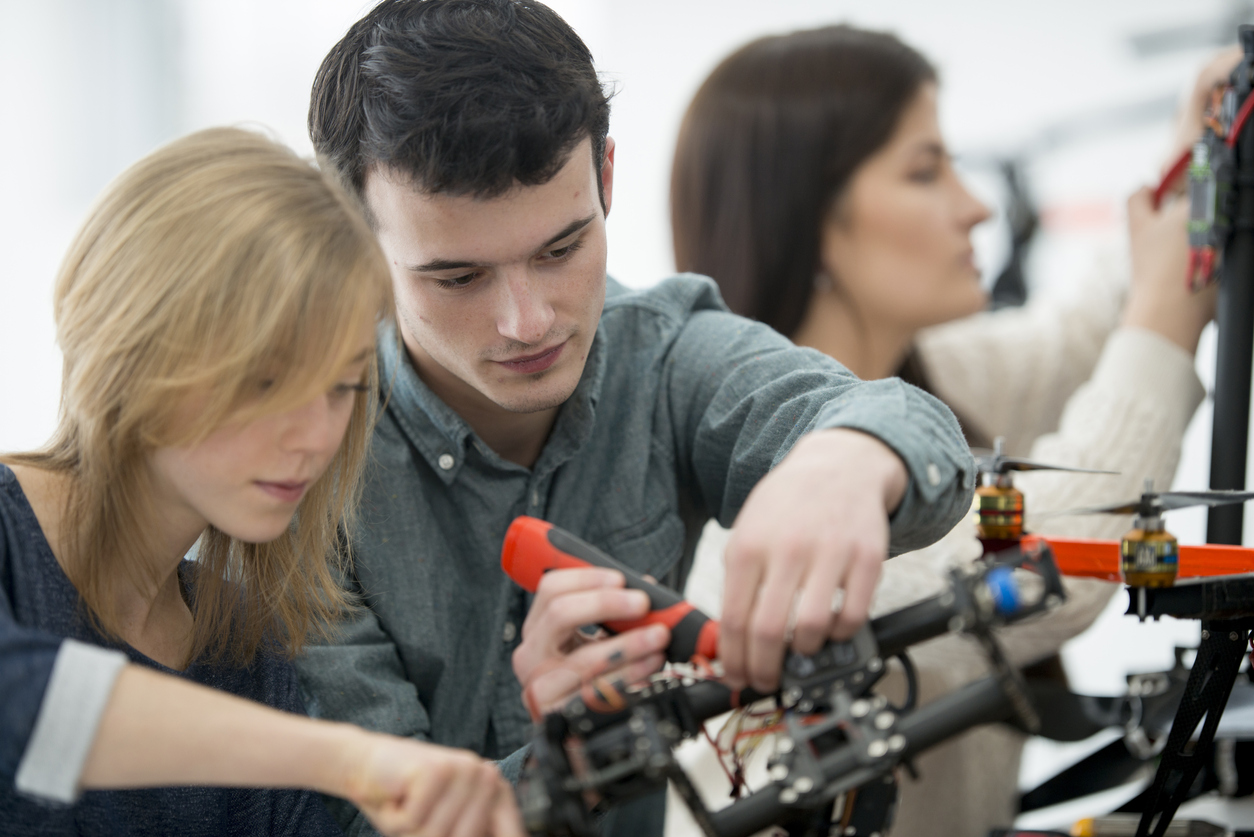 A group of college age students are working on a mechanical drone project for a university class. They are working on the electrical aspect of the drone.

The Long Wait for Readoption

Technology (specifically military technology) took on many different forms after the first world war, and drone technology stopped being the focus. In fairness to the inventors of the time, planes were just coming into their own stride, and missiles were their own can of worms. Still, regardless of the justification for the delay, commercial drone services were at a standstill for nearly twenty years.

Only in the early 1960s did they start to gain any sort of renewed prevalence. Again, the war effort (this time in the Vietnam War) was largely responsible for the advancement of the technology, as the US was hoping to develop airborne surveillance technology. This time, drone makers were at a keen advantage over their predecessors, as transistor technology had been developed only a decade before.

Transistor technology allowed drone manufacturers to design lightweight aerial vehicles, including quadcopters and planes. These smaller devices were ideal for surveillance and reconnaissance operations, but too little was understood about the in-flight mechanics to facilitate the usefulness of these devices. Instead, manned vehicles, like stealth planes and bombers, were employed during the war effort. However, the seeds of industry were sown at this time.

After the Vietnam War and through the latter half of the 1900s, commercial drone services saw a steady uptick in popularity. Simple hobby kits were marketed and sold to collectors and avid fans. Microprocessors and materials became more plentiful, making it easier to achieve longer flights and more reliable equipment. And then, the commercialization boom of the 80s and 90s made cheap consumer electronics available to all.

With higher capacity batteries, the stage was set for the modern commercial drone industry we see growing to this very day. Indeed, some say that this is the perfect time for drone technology, as adoption rates become widespread throughout the world, but it is far more likely that the industry will only continue to improve as time goes on. 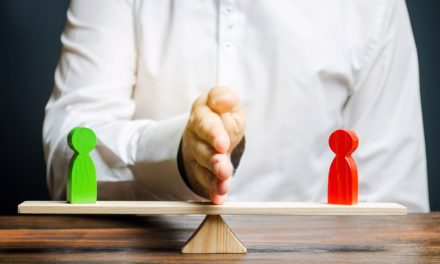 10 Reasons You Should Mediate Your Divorce Instead of Litigating It 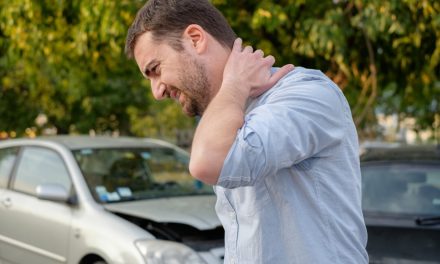 Car accident on vacation: What to do if you’re visiting Tampa Bay and have a car accident 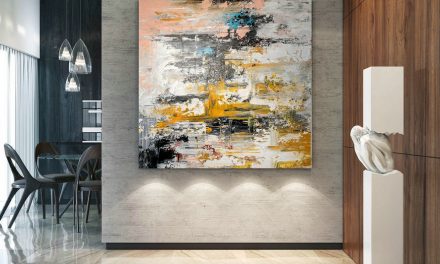 How do I choose the right size of Wall art canvas?

What Is The Best Inflatable Sup?