The Health Benefits Of Medical Marijuana:  A Primer

As marijuana legalization continues to spread across the United States (and around the world), more and more people who are seeking the medicinal benefits of cannabis now have access to it in a way that is safe, legal and tested.  But because marijuana remains illegal at the federal level in the United States, the Federal Drug Administration has not really looked into the medical benefits of cannabis.  In fact the FDA has only approved it for two somewhat rare forms of epilepsy.

That said, there are many studies that show that marijuana has a host of medical benefits and there are millions patients who now use it to help deal with and find relief from a variety of symptoms, illnesses and conditions. In the U.S. alone there are, according to some estimates, nearly 4 million people who use marijuana as a form of medicine.

What Is Medical Marijuana?

Medical marijuana refers to the parts of the marijuana plant the chemicals contained within the plant that are used to treat diseases or conditions. Medical marijuana comes in a variety of forms, including dry herbs, CBD oils, edibles and various topical creams.  Patients who consume their medicine in dry herb or oil form often used a glass bong or dab rig in order to ingest the medicine.  In other forms that medicine is taken orally or applied to a specific body part.

Marijuana contains nearly 115 different chemical compounds that are called cannabinoids. Each one has a different effect on the body. The cannabinoids act on different cannabis receptors that alter the neurotransmitter releases within the brain.

Two of the most common cannabinoids are Tetrahydrocannabinol (THC) and cannabidiol (CBD), and these are often used in medicine. THC produces the psychoactive feeling of being “high” that is achieved when one smokes or vapes marijuana or when one eat foods containing it. CBD does not have this effect and is often preferred by patient who want the medical benefit without the associated feelings.

What Conditions Can Medical Marijuana Treat?

Medical marijuana is currently used to treat a variety of symptoms, illnesses and diseases.  These include the following:

Cannabis has long been used to treat chronic pain. In fact a study conducted in 2017 found that “patients treated with cannabis were more likely to experience a clinically significant reduction in pain symptoms.”

As noted above the FDA recently approved the use of some medicines that contain CBD to treat two different forms of epilepsy.  This approval was based on a series of strict studies that confirmed the efficacy of CBD in helping control seizures in those patients suffering from these two forms of epilepsy.

Multiple sclerosis is a disease of the nervous symptom that disrupts the flow of information between the brain and body. Symptoms include pain, spasms, balance issues, tingling, vision problems and more. Recent studies have shown that cannabis based medicine can significantly reduce the spasticity and pain associated with MS.

It is important to note that cannabis is not viewed as a cure for cancer.  That said, studies have found that cannabis can reduce the symptoms associated with cancer, which helps make cancer patients feel better. Some of the effects include the stimulation of appetite and the reduction in nausea caused by chemotherapy.

How Can I Increase My Brain Power Rapidly?

Marijuana detox: How to ? 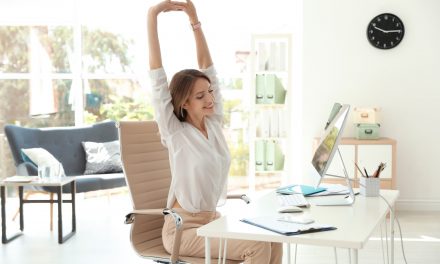