Will mods work with Fallout 76?

Fallout 76 was recently released, with an interesting teaser showcased at E3 earlier this month. With this teaser came a lot of questions from the community, with one of the main ones being about the modding scene.

In the past, Bethesda games have heavily relied on mods built by the community. It’s seen most in the Elder Scrolls and Fallout franchise. Players can just head online, find something they like whether it be jetpacks or new weapons and install it at the click of a button. Something most other games don’t offer. Mods can also be collected for different genres, such as mods for the survival mode in Fallout 4.

With Fallout 76 confirmed to be an online game, the question is whether mods will work at all.
Currently, it’s assumed that mods will only work when playing single player, as they won’t be compatible with any other players in the game world. For example, if you were to load in a weapons mod, it will be switched off as soon as you head into the multiplayer mode.

In an unconfirmed leak on Reddit, one user who supposedly has inside knowledge stated that Bethesda plan on implementing this online feature into all future games. Whilst it’s great to be able to play with friends, a few of us are just hoping that it doesn’t take away from the main story lines and make the games feel a little empty. If Bethesda does plan on releasing this multiplayer like gameplay in future Fallout and Elder Scrolls games, it’s likely going to change the modding scene completely.

Although it’s way too early to speculate on mods, it’s assumed that we’ll get a bit more information before Fallout 76 gets its release in November 2018. 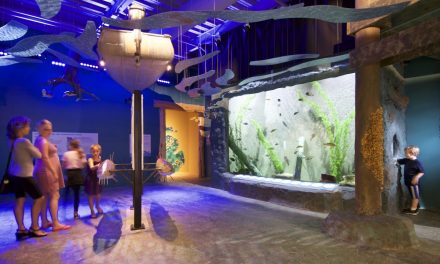 The History of Building Custom Aquariums

All about the hoverboards