In earlier versions of Windows 10, the color scheme was white. In the past few versions of Windows, the theme is dark. In addition to this well known update, Windows 10 also includes a “dark mode” setting for Microsoft apps, including the Settings, File Explorer and App Store icons. This allows the apps to blend in with the dark theme if you choose to allow the feature. To turn on dark mode for these apps, click on Settings → Personalization → Colors and then choose “dark” as the default mode.

For those who are touch screen Windows users, the new SwiftKey Keyboard feature allows for a more seamless and futuristic experience. Instead of typing the traditional way on a keyword, the SwiftKey feature is all about “swiping instead of typing.” Instead of pressing buttons, imagine a second screen that acts as a virtual keyboard. Some users prefer to use a normal keyboard, but for those who love touch screens, this feature can be very beneficial after some practice.

There are many keyboard shortcuts in Windows, such as Ctrl-X, Ctrl-C, and Ctrl-V, that save time while you work. The downside of these shortcuts is that you are only allowed to paste one item at a time (i.e. the most recent item you copied). Windows 10 introduced the Cloud Clipboard shortcut, making it even easier to copy, paste, and delete content. By pressing the Windows key + V when you copy something, the information will be stored in a clipboard. Instead of just being able to access your most recent copied item, they are all stored in a history list. You can paste, pin, or delete items quicker than ever.

Taking a screenshot is now easier than previous versions because images are automatically organized and the tool is more user friendly. With the Snip & Sketch tool, your screenshots are automatically saved to the Cloud Clipboard, which allows you to keep track of them and even send screenshots to others quickly. The screenshot tool also gives you the option to capture freeform, meaning you can take a snapshot of just one area of a page rather than the entire screen.

The “Your Phone” app, now available from the App Store, lets Android users drag-and-drop images from their phone to PC. With this app, you don’t have to email photos, worry about organization, or lose resolution when sending images.

On a high-resolution display, the new font size tool in Windows 10 makes it easier to scale text up or down, depending on what you are looking at. If you have trouble seeing text from far away or even up close, this tool adjusts system-wide text size exactly to your liking. You can also scale icons and apps for more clarity.

For those who use Notepad, new features have been added for an easier view of elements. The status bar at the bottom of the document now shows the column and line number, as well as zoom level and word-wrapping. You can use the shortcut Ctrl+Back to delete previously typed content. Lastly, copying a file from Mac or Linux and pasting it in Notepad is now possible because there is added support for UNIX-style End of Line (EOL) Characters.

Apps can drain a ton of battery power on your phone, tablet, and computer. To help reduce this issue and keep track of which apps drain the most battery, Windows 10 has been slowly improving easier ways to manage your apps. In the Task Manager, you can now see a categorized list of apps that are using the most power. From there you can easily close out apps and save battery.

Firefox users have requested more compatibility features between Windows and the Firefox browser. Windows 10 finally fulfilled this request by allowing notifications from Firefox to pop up on your desktop through Window 10’s Action Center. Other popular browsers, such as Chrome, have had this update for a while.

As with every update, unwanted issues always arise. The major issues reported from customers to be aware of in the October 2018 update include upgrade problems, user interface issues, and confusion of how to configure settings. Keep in mind that Windows 10 is still a work in progress, and since it is still new, there are many kinks to work out in the finished product. It is also important to note that in Windows 10 Cortana is limited to some regions and there is no more Windows Media Center or DVD playback.

One major drawback of Windows 10, specifically version 1809 that was released in October 2018, is that many users lost files, documents, and important information after updating their computers. Windows decided to pause any further release of the update after numerous users reported the update wiped isolated reports from their computer. Even after Microsoft fixes this issue, it is always important to backup your important documents and financial information just in case it happens again in the future. Since technology is not fool proof, and Windows 10 is still in the works, ensuring all of your information is stored on an external hard drive can save you from months, or even years, of recreating erased documents. 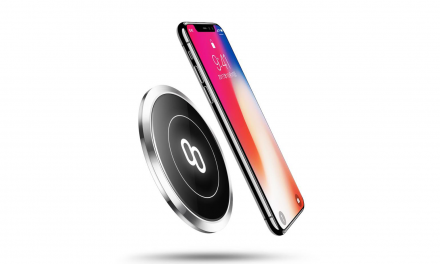 The Rise of Wireless Chargers

Online File Management System: 6 PDF Merge Tools You Can Use